19-year-old junior welterweight prospect, Branden “The Gift” Pizarro, is looking to impress a sold-out crowd this Friday night at The 2300 Arena when he takes on Jerome Rodriguez in a six-round bout for the NBA Intercontinental title.

The bout will precede a ShoBox: The New Generation card that airs live on SHOWTIME (9:35 PM E.T / P.T).

Pizarro, of Philadelphia, is one of the top prospects in his weight division and has been preparing for a pinpoint performance.

“Camp was great. We had a full, six-week camp after my last fight, which took place on October 6th. I am ready for Friday,” said Pizarro.

In Rodriguez, he is facing a battle tested fighter who has opposed 10 undefeated foes, including Pizarro’s Hard Hitting Promotions stablemate Jeremy Cuevas in his last bout, which also took place on the same October 6th card.

“Rodriguez is a southpaw. He is a humble, good guy, who is tough. We looked at the tape of when he fought Cuevas. Usually my team is presented a few guys and he was the first guy. People who know me, I always take the first guy.” 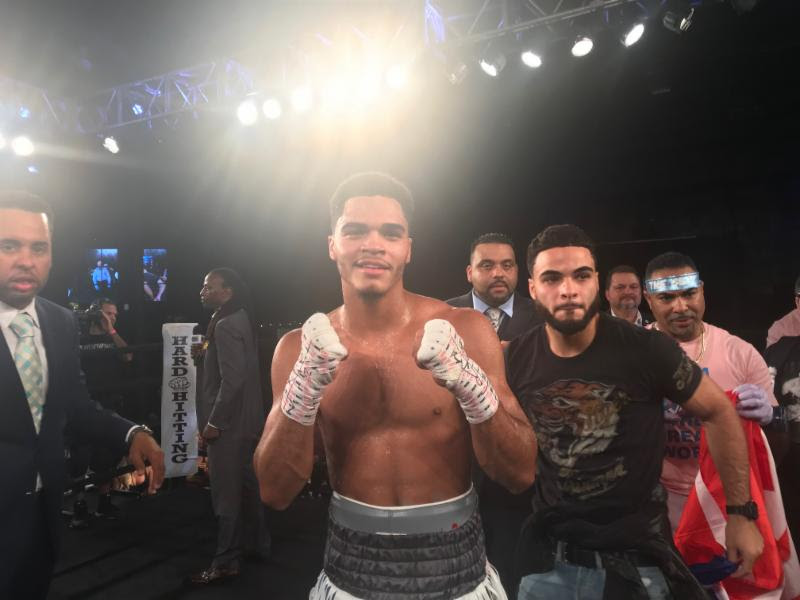 With an expected sold-out crowd on hand in Philadelphia, Pizarro goes about his business to look good no matter what the stakes are. But being featured on television in the future is not the most important thing at this stage of the young prospect’s career.

“I am in no rush. I just turned 19. When my dad, who is my trainer and the rest of my team feel I am ready for that, then it will happen. We are just slow walking now. I just want to thank all of my supporters, and just expect a great performance. This is a great event, and Friday night will be a great night for me.”

David Stevens of Reading, Penn. will make his pro debut against Dustin Long (0-1-2), of Johnson City, Tenn. in a cruiserweight battle.

Also seeing action against an opponent to be named will be super bantamweight Angel Pizarro, of Philadelphia.

Tickets for the show, which is promoted by Victory Promotions in association with Hard Hitting Promotions, are priced $50, $75 and $125 and can be purchased at 2300arena.com and hardhittingpromotions.com.