ANTHONY YARDE landed himself a spot on the biggest night of boxing in 2018. The self-styled “Beast from the East” set to fight on the huge Deontay Wilder-Tyson Fury card at the Staples Center on December 1.

The 17-0 (16KOs) WBO Intercontinental and European champion will have his 18th professional contest in Los Angeles. Yarde fights on the undercard of the huge heavyweight collision between the WBC world champion and the unbeaten lineal champion of the division.

It will represent a second stint of Stateside experience for the explosive Yarde, following on from his 2016 venture to the AT&T Stadium in Texas, where he bludgeoned Rayford Johnson in the first round on the night of Liam Smith’s defense of his WBO world super welterweight title against Saul Alvarez.

“I’ve experienced the fight scene in the USA before, and it is something I cannot wait to sample again,” commented Yarde.

“To be a part of such a huge occasion really will be something else, and it will only inspire me to create nights like this for myself in the future. 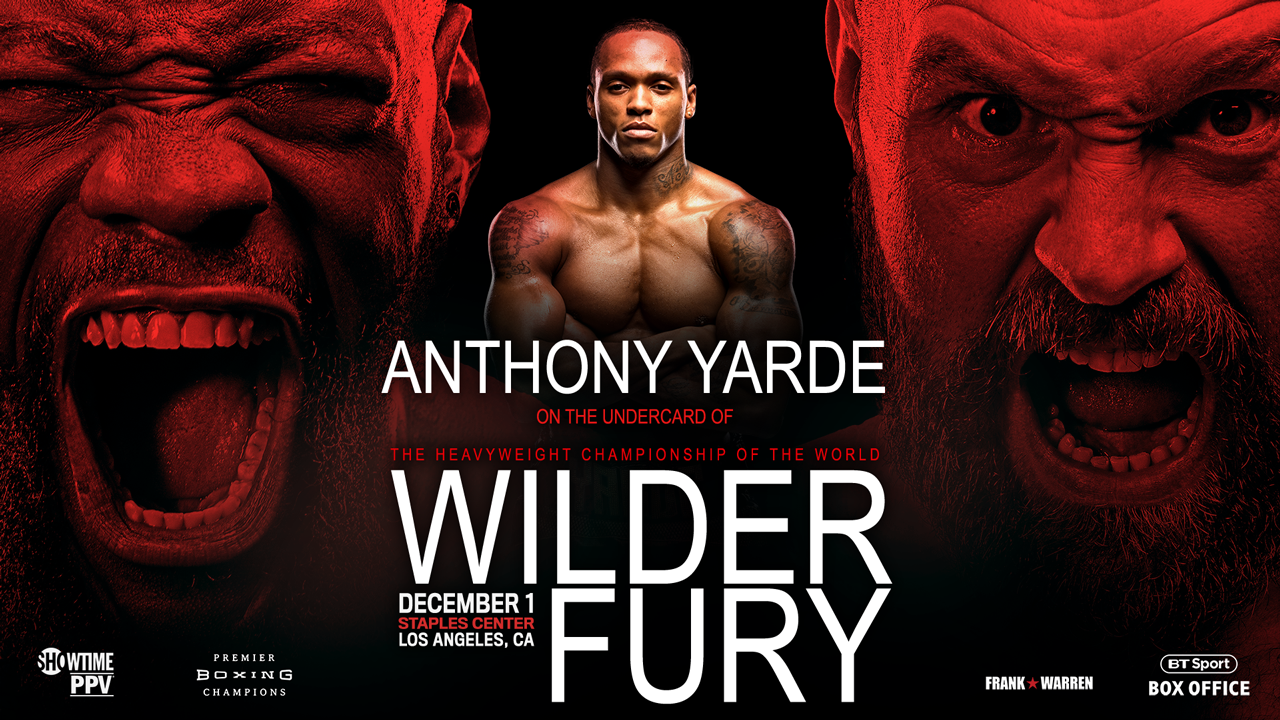 “These are the events you can only dream of being a part of, and I would like to thank Frank (Warren) and my manager Tunde Ajayi for making it possible.

“I am looking forward to showcasing my talents to the American public, and this sort of exposure can only help me when the time is right for me to be challenging for and winning world titles.”

Tunde Ajayi added: “Myself and Anthony have worked tremendously hard, and it is a privilege and honor to be involved in the biggest card in boxing, period.

“I feel that it is a position we have both worked hard for, and it just shows you that if you put one in, you get one back, and if you put two in, you get two back. We’ve put a lot into the sport since before Anthony came into professional boxing, and from that point to where we are now has been constant work.

“I just feel that his hard work warrants being involved on such a great card.”