A stacked ten- bout card has been finalized for this Friday night at The Sands Bethlehem Event Center.

The 31 year-old fights out of Philadelphia, and turned professional in 2017. He has registered his two knockouts in his last two outings with a 4th round stoppage over former contender Mike Oliver, and in his lat bout when he destroyed Angel Monreal in one-round on September 14th in Philadelphia.

Salinas of Las Cruces, New Mexico, has a record of 10-3-1 with five knockouts.

The 28 year-old Salinas is a six-year professional who has wins over undefeated Rafael Casas (2-0), and the highly regarded Dardan Zenunaj (12-1). 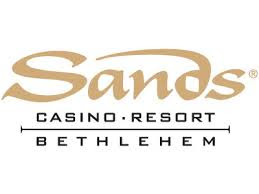 Jeffrey Torres of Bethlehem will make his pro debut against Steven Lopez (0-2) of Philadelphia in a bantamweight bout.

Undefeated light heavyweights get it on as Kendall Cannida (2-0) of Philadelphia battles Travis Toledo (2-0, 2 KOs) of Baltimore, MD.

Tickets for the live event, which is promoted by King’s Promotions, are priced at $50, $75 and $100, not including applicable service charges and taxes and are on sale now. Tickets are available at www.ticketmaster.com. To charge by phone call Ticketmaster at (800) 745-3000.