Liam Williams steps up to the plate, fights Mark Heffron on Dec 22

THE THRILLING PROSPECT of Mark Heffron taking on Liam Williams is to become a reality at the Manchester Arena on December 22, live on BT Sport Box Office.

Heffron, 21-0 (17KOs) and Williams, 18-2-1 (13KOs), collide on the undercard of Josh Warrington defending his IBF world featherweight title against Carl Frampton in what is certain to be an absolute barnstormer of a fight.

The match-up between the WBC International middleweight champion – and mandatory challenger for the British title – and the former British and WBO European super welterweight champion has come about due to the withdrawal of the originally scheduled opponents.

Heffron was due to challenge the British champion Jason Welborn, who subsequently vacated the title, while Williams was due to fight JJ Metcalf for the WBC International belt. Metcalf has pulled out of the fight due to injury.

There was no willingness amongst middleweight rivals to replace Welborn and oppose Heffron for the Lonsdale belt, but Williams has no issues over trying his hand at the higher weight against such a dangerous operator.

There is a history behind the match, with Heffron’s brother Ronnie suffering his only career defeat to Williams back in July 2014. The former standout amateur and highly-rated prospect was retired in the sixth round with a severe cut to the head and has not fought since.

“It is going to be some fight for me now on December 22 and it is one I am looking forward to as well,” said Heffron of the explosive match-up. “It is definitely a bigger fight than I had lined up before and it is one that will move me onto massive titles afterwards.

“Credit to Williams for stepping up when nobody else wanted to and he is also coming up from light middleweight. Give him his due for that.

“He is a big light middle though with a big back and very strong, so there shouldn’t be much between us when it comes to size.

“It is a fight that has got thriller written all over it and the idea of hitting and not getting hit will go out of the window fairly quickly.

“Of course I am looking to put it right for Ronnie – there is nothing wrong with a bit of revenge!”

Like Heffron, Williams believes he now faces a greater challenge than he was previously anticipating.

“One hundred per cent it is a bigger fight than I had lined up before – it is a cracking fight,” said the Welshman known as the ‘Machine’.

“What can I say other than it excites me. It gives me the chance to prove myself at the weight above as well and I should say that I am not being forced to move up because I can make light middle and will still make it.

“It is just an opportunity that has come to me because that bottle-job Metcalf pulled out again.

“Listen, I respect Mark Heffron, he is a quality fighter who can punch and box. I believe I can beat him and if I didn’t I wouldn’t have taken this fight and moved up a weight to take it.

“It will be a war and an incredible punch-up.” 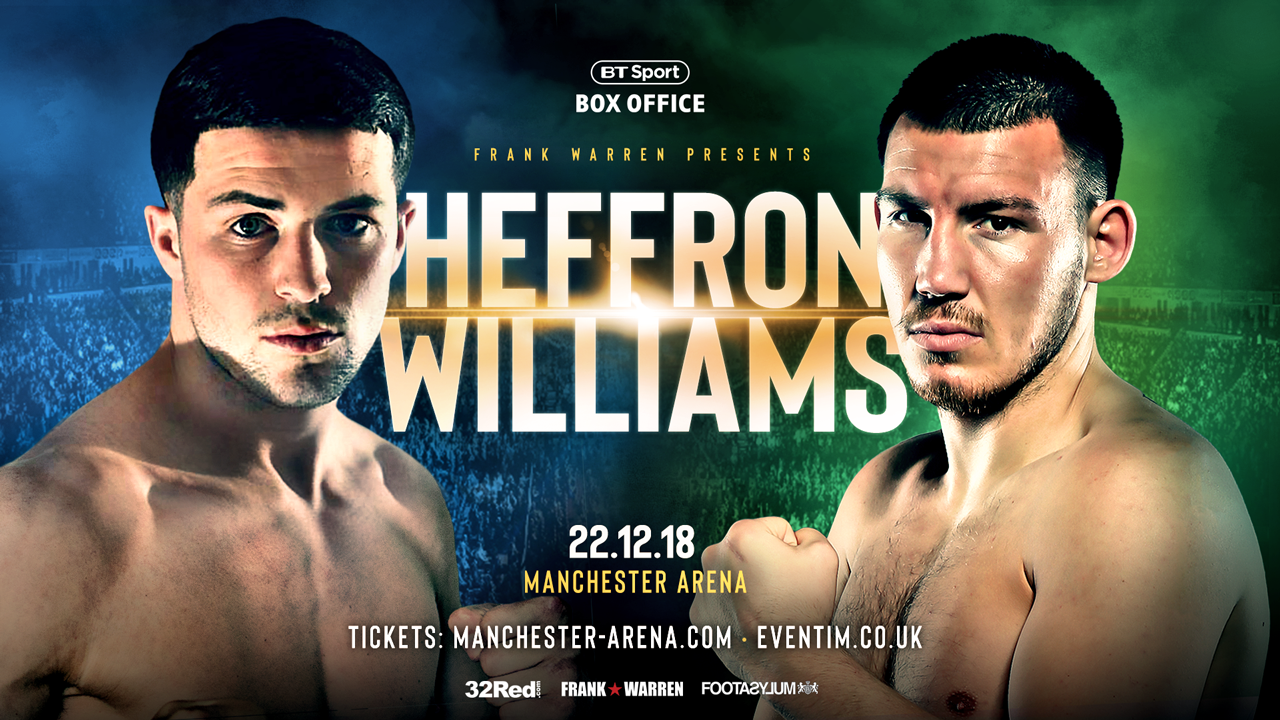