Three fights into his pro career and Christian Thun is already making further improvements to be the best he can be.

The 26 year-old, who has already been labeled ‘The New Klitschko’, has bags of experience from training alongside the man himself.

Also, Thun has sparred with Johann Duhaupas and Deontay Wilder as he plots a path towards the upper echelons of the rankings.

One alteration is drafting in the help of Magali Dalix, a conditioning coach notorious for fat-blitzing workouts.

Thun believes Dalix can ensure he’s always in tip-top shape for any challenge.

“Over the past five weeks, I have been training at ‘La Sala Magali in Barcelona with the one and only Magali Dalix,” Thun explained to World Boxing News.

“She is a world-class strength and conditioning trainer and has put me through a tough training routine. The plan was to shift some excess weight into muscle and so to increase my overall strength, endurance and agility.

“The results so far have been great. I feel stronger, and as they say, nice and lean – twice as mean!” 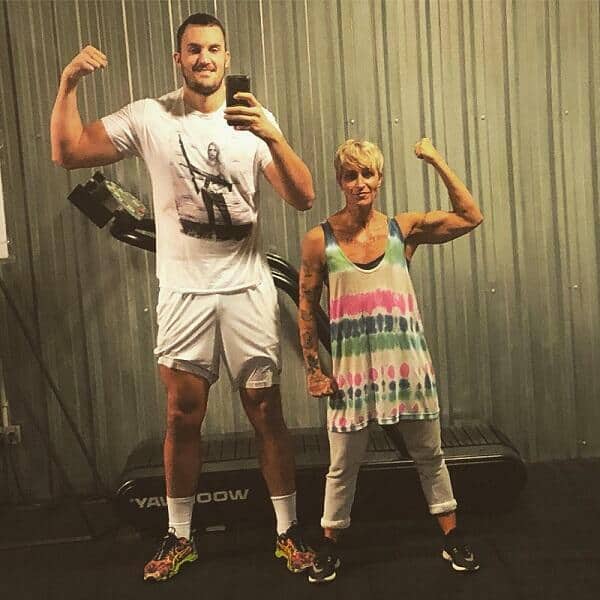 Preparing for several forthcoming dates for opportunities to add to his perfect record, Thun has a busy twelve months ahead.

“This coming year will be a big year for us. I am extremely excited for the challenges ahead.

“In my last bout, I had a crowd-pleasing eight-rounder with an extremely tough competitor (Euloge Bakanda Boule). It was terrific to get some rounds in. Also, to get past the three amateur rounds and the quick KO’s of my first two fights.

“In 2019, we look forward to making some noise and get ready for 2020 where we are aiming at some of the big names in boxing.

“The current heavyweight division is packed with very strong competitors. I can’t wait to challenge some of the big names out there and to show the boxing world what I am about.”

Manager Mehdi Ameur has long championed his fighter’s capabilities. Ameur has already laid down the foundations of success for Thun.

“After we installed our team in Barcelona and Uzes (in France), I started planning for five shows in Barcelona for 2019. Chris will be part of all of them,” Ameur explained.

“We firmly believe Chris is the new heavyweight prospect of boxing and he can be the new Klitschko. I will promote Christian in Barcelona for 2019 with shows in luxury hôtels.

“He has already got many experiences with big name fighters and has a lot of charisma to become a world champion.

“His potential is not yet measurable to some. Every time I said, I have the new Klitschko! Some people said me, ‘are you sure?’ I can assure everyone, you only need to meet Chris to understand this.

“Boxing needs to make a comeback in Spain. This sport was very famous in the 1930’s Barcelona and is the perfect city to develop the career of Christian.

“He will be the new Klischko from Spain, people will soon see,” he added.