Ricky Medina back in action December 1 in San Antonio

Amateur standout and 5-Time National Champion, Ricky “El Castigo” Medina (1-0, 1 KO), who is managed by Prince Ranch Boxing’s Greg Hannley and promoted by TMB & PRB Entertainment, is scheduled to return to the ring on December 1, 2018, at the Scottish Rite Theatre in San Antonio, TX.

The hometown hero will battle an opponent TBA in his second pro fight, which will be a four-round bout.

“I’m eager to get back in the ring and give my hometown fans another great performance,” said Ricky Medina, who scored a third-round TKO in his pro debut. “I’m working hard in the gym and I’ll be at my best when I step in the ring. The ultimate goal will be to score another knockout.”

At only 18-years old, Medina, who is a senior at Lanier High School in San Antonio, gives his thoughts on being a professional fighter while still attending high school.

“It’s great that I’m able to fight professionally while I’m still in high school, because I have a lot of friends that come to see me fight.” Medina continued. “I’m hoping to have a bunch of teachers attend as well. I’m starting to build up a nice fan base. I’m hoping it grows with each fight.” 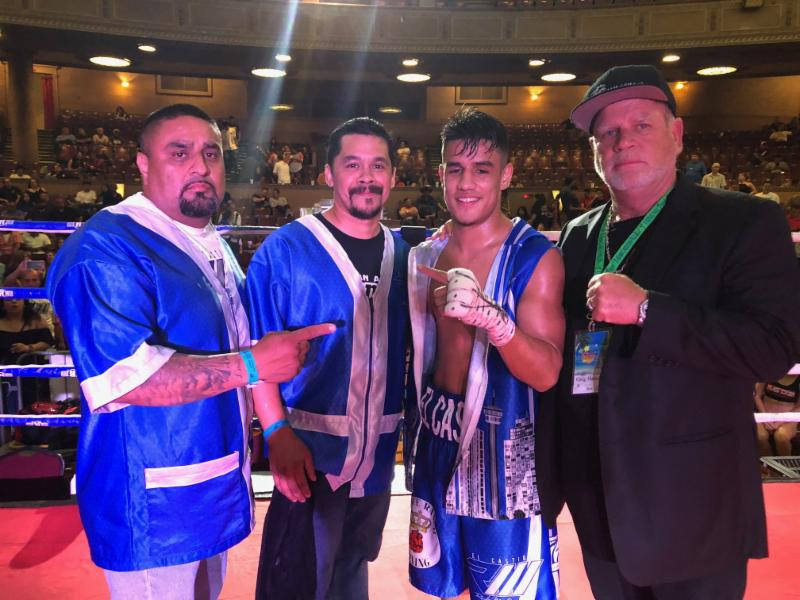