Marcos Hernandez bids to steal the show on Contender undercard

Middleweight “Mad Man” Marcos Hernandez (12-1-1, 3 KOs) will look to continue his recent success on The Contender finale this Friday at The Forum in Inglewood, California. The 6-round bout will be televised on EPIX, as he takes on fellow cast member Quantavious Cash (10-1, 7 KOs).

Hernandez, who hails from Fresno, CA, is the only cast member of The Contender that didn’t lose a single fight on the show, besides Shane Mosley Jr. (11-2, 8 KOs) and Brandon Adams (20-2, 13 KOs), who will meet in the finals. In his most recent fight, Hernandez defeated Daniel Valdivia (14-3, 10 KOs) in a fight that Valdivia was rocked badly in the last two rounds. Some controversy happened after the bout as Valdivia was originally announced the winner, despite being out boxed and beaten, an official at ringside counted the scores again and realized a judging error and announced Hernandez, the rightful winner.

On top of the bizarre ending, Hernandez was cut in the fight and forced to sit, because of his cut. Valdivia replaced him and got dropped and beaten by Shane Mosely Jr., who now is in the finals.

Hernandez is readier than ever now to make things happen as he wishes to keep his momentum moving forward and face the best in the division.

” I have had a great camp with my trainer Henry Ramirez in Riverside, Ca, and I am ready for Friday night.” said Hernandez. “I am going to show all of my skills when I step in the ring and I’m going to steal the show.”

“I have never seen Hernandez train this hard, be this motivated and want to prove a point this badly,” stated his longtime advisor, Peter Lopes. “This is a different ‘Mad Man’.” 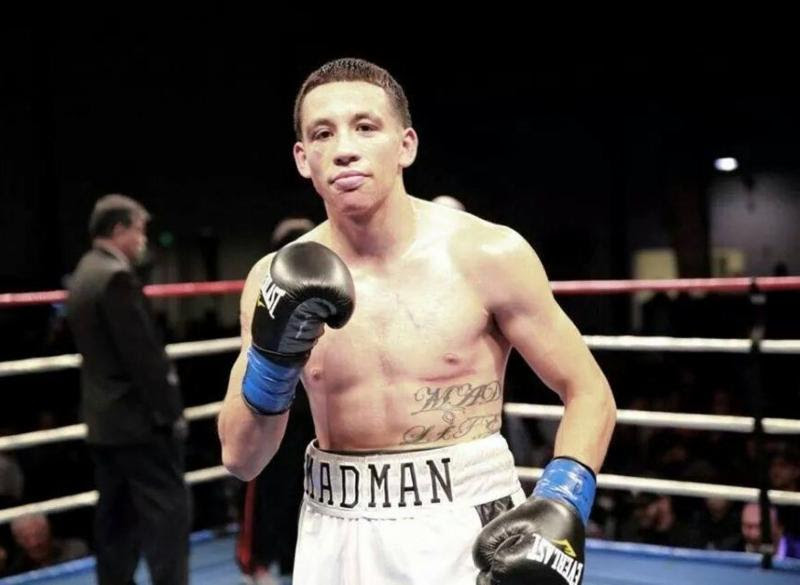