Banner Promotions is proud to announce the signing of undefeated lightweight, Golden Garcia to a promotional contract.

Garcia began boxing at the age of 12 when he walked in to a gym to get in shape.

“I got into a few scraps in the street, so it was nice to go to a place where fighting was allowed,” said Garcia.

Garcia had about 60 amateur bouts, where he competed at 130 pounds.

Garcia turned professional on June 28, 2014 with a 2nd round stoppage over Michael Gargouri in Quebec, Canada. He has fought all of his bouts in Canada, which included a win over Oscar Mejia (10-2-1).

In his last bout, Garcia stopped Adalberto Borquez on March 24th in Montreal.

Garcia is a pressure fighter, that throws a high volume of punches, and tries to overwhelm his opponents. Garcia prides himself for his endurance and he believes that the longer the fight goes, the better he is. 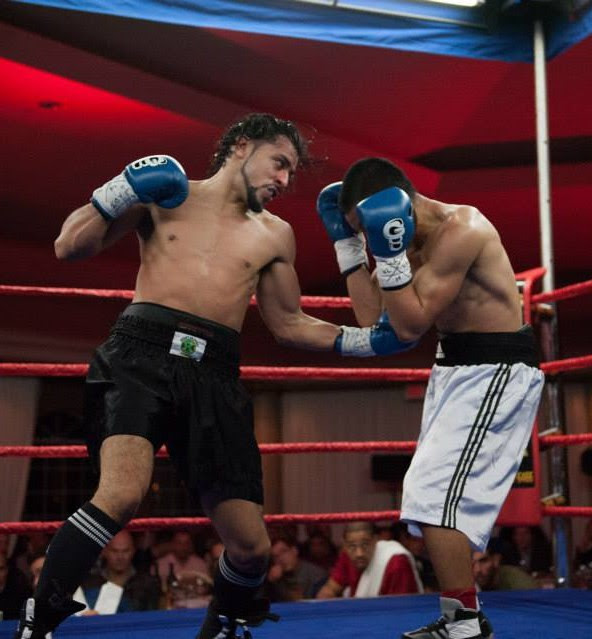 “This is a great opportunity for me to step up. I will get better chances to show off my skills, and being with Banner Promotions can help me get farther in my career then I could imagine,” said Garcia. “I am looking forward to this partnership, and together we will do big things.”

Said Garcia’s manager, former world champion, Otis Grant, “Golden has a lot of potential. He is a very hard worker. I have confidence in Artie Pelullo and Banner Promotions. I was his 1st world champion. This will open the door to sign more fighters with Banner. I have a lot of good fighters, and I am looking to send more to Artie.”

“I am happy to be working with my 1st world champion Otis Grant, and his brother Howard. They have a terrific eye for talent, and Golden will be the 1st of many fighters that we will be working together, to bring to world championships,” said Banner Promotions President, Artie Pelullo.