Colombian power-puncher Jhonatan Romero has well and truly put his solitary career defeat behind him.

Five years on from a stoppage loss to Kiko Ramirez in Atlantic City, Romero has rebuilt and currently stands on the verge of a world title shot.

Campaigning at featherweight, Romero is part of a stacked division. The ambitious 31 year-old continues to aim high.

“I’m staying in this division as a title eliminator could come up. But if a title opportunity at super bantamweight happened I would go down to 122,” Romero exclusively explained to World Boxing News.

“With my record of 31-1, I know all fights for me going forward will be with top competition. I would love Oscar Valdez. I have nothing but respect for him as we trained side by side and sparred many rounds. That would be a fight I want and I believe it’s a fan friendly fight between two clean, tough fighters.

“I would also love Leo Santa Cruz, Carl Frampton or Scott Quigg etc. We are part of an incredible division with nothing but tough opponents.”

On whether he’d like to avenge the only blemish on his C.V against Martinez, Romero added: “Of course, I would love to avenge that loss. That fight taught me so much and this is why I believe when I get back to the top I will know what to do and maintain a title.”

Martinez recently regained the European title at the age of 32. The Spaniard became a four-time, two weight EBU champion in the process.

As ‘La Sensacion’ bids for another world championship chance, Romero could well be in line for a return before a world title shot. 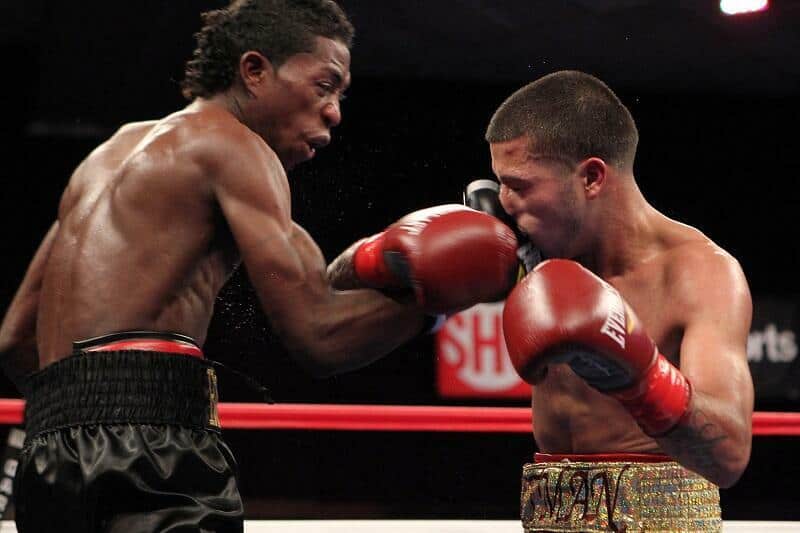 Moving on, Romero was asked his opinion on the current state of boxing at the very top and duly named his top three pound for pound boxers.

“Man, that is a tough one but I say Terence Crawford, then Vasyl Lomachenko and Canelo Alvarez. But hey, my fellow countryman Eleider Alvarez is now in the conversation after that great Sergey Kovalev KO.”

Missing out on facing Lomachenko when the Ukrainian moved up in weight, Romero has nothing but respect for the two-time Olympic gold medallist.

Romero’s praise also came with a warning for ‘Hi-Tech’ on his future at 135 pounds plus.

“Lomachenko is an incredible fighter what impresses me the most is his footwork. He is a complete fighter, but if he keeps going up in weight it will catch up with him. Overall a great fighter.”

On what’s next, Romero concluded: “I’m getting prepared for a big fight that Thompson Boxing are working on getting for me.

“My next opportunity will hopefully be Stateside. That is what I’m looking for. I will take advantage of it guaranteed!”