Caroline Dubois is on a certain path to superstardom and has the 2020 Olympic Games in her sights.

The 17 year-old younger sister of undefeated heavyweight prospect Daniel is yet to lose an amateur fight.

But her tenure at the famous Repton Boxing Club had an amusing beginning.

As Dubois explained, she was so drawn in by the sport she pretended to be a boy named Colin to spend time around boxers. 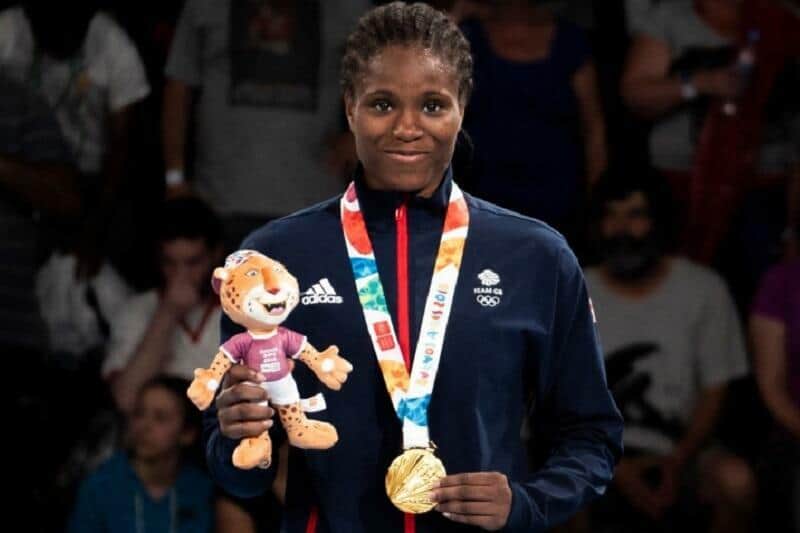 “I remember coming home from running one day and asking my brother Daniel if I could go boxing, I don’t know why,” Dubois told BBC Sport.

“He said no, but I just kept asking and asking. After that, he said, ‘I’ll take you on Saturday’. But Saturday kept coming and he didn’t take me. Then, finally it just happened.

“As a nine-year-old walking into Repton it was massive. It was overwhelming with so many people there.

“But I remember thinking, ‘how can anybody not want to box?’ – I guess I was just taken over by it.

“I didn’t say I was a girl. I said I was a boy because they didn’t take girls in Repton. But because my brother boxed for the gym, I couldn’t go to another gym.

“He just kept bringing me down and we said I was a boy. We kind of planned what we were going to do before we went to the gym, but we didn’t say my name would be Colin. That was it.

“We didn’t actually tell them until later on. They got us a fight and obviously it was with another boy. I couldn’t fight a boy so we just left.

“I know it’s a male-dominated sport, but even if you are a girl, nobody cares.

Sibling Daniel (9-0, 8 KO’s) is English champion himself and tipped as a future world title holder.