AIBA is pleased to announce that Gafur Rahimov has been elected as the new President of the International Boxing Association (AIBA) following elections held at the 2018 AIBA Congress in Moscow.

After providing the AIBA voting delegates with a compassioned speech, which addressed AIBA’s organizational and Olympic future, the voting members chose Gafur Rahimov by a convincing majority. Mr. Rahimov received 86 votes, over the opponent for the position, Serik Konakbayev.

“Today has been a great day for AIBA and it represents an important step forward for boxing. I am honored to have been elected as the President of AIBA, and I want to thank the AIBA family for their trust and for allowing me to continue leading this great organization.

I am confident that, together with my new AIBA Executive Committee members, the AIBA staff and the national federations, we will be able to continue on the progress made in bringing boxing into a new era”, said the new AIBA President following his election. 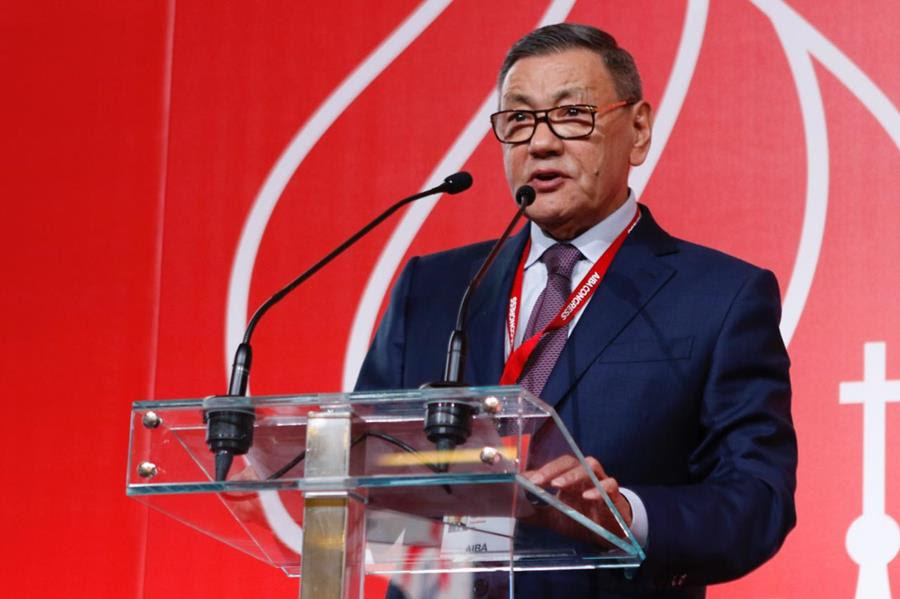 Following the election of the new president, the national federations voted for the new Confederation presidents and the Executive Committee members.