Burnett and Donaire was just warming up after three and a half rounds before the most unfortunate of incidents.

The Irishman suffered a back spasm after missing a punch and was forced to take a knee.

Clearly in discomfort, Burnett back into the corner and was teed off on by Donaire at will.

The end of the round came, but trainer Adam Booth sensed the danger of continuing.

In conjunction with referee Howard Foster, Burnett pulled out of the fight and received medical treatment in the ring.

Donaire moves on to a semi-final unification with Zolani Tete in early 2019.

The Frank Warren fighter, who briefly retired recently, seemingly made the most of an injury suffered by Zach Parker.

A left shoulder problem clearly hampered Parker for the duration. Williams took the majority of rounds on the WBN card until a final three-round comeback.

Parker boxed brilliantly for the last few sessions, to somehow take the verdict away from Williams along with the Lord Lonsdale Belt 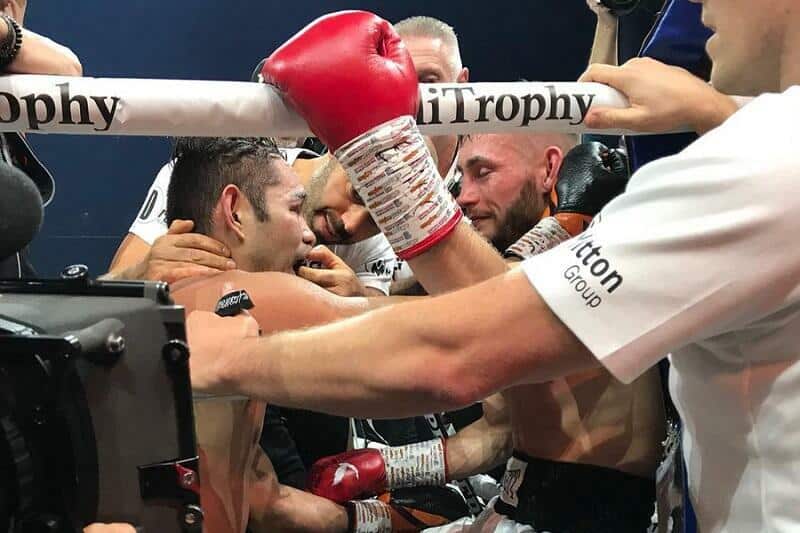 Former world champions Paul Butler and Viktor Postol made the most of their appearances on the bill. Firstly, ‘The Babyfaced Assassin’ was acting as the reserve for Ryan Burnett v Nonito Donaire and once again proved his class.

The experienced Yoan Boyeaux was dispatched soundly via a wide decision as Butler improved to 27-2.

Postol, who is eyeing a shot at the eventual 140 pound winner, dominated Siar Ozgul over ten for a 30th career triumph.

Super-featherweight Stephen Tiffney made it to ten victories against a solitary loss as a pro. The 30 year-old Scot out-pointed Arturo Lopez over the six round distance.