Middleweight Isiah Seldon is getting ready for his biggest fight of his career when he takes on undefeated Tyler Howard in a bout scheduled for eight-round on November 16th at The Chesapeake Energy Arena in Oklahoma City.

The bout, which is promoted by Top Rank, will be streamed live on ESPN+.

Seldon (12-1-1, 4 KOs) has been training in Atlantic City under the watchful eye of Bill Johnson.

“I am looking forward to this great opportunity,” said Seldon. “I have been longing for an opportunity to take on a fighter such as Howard as a win will take my career to the next level.”

Team Seldon, has been working diligently with longtime manager Jim Kurtz very excited about the opportunity that Seldon has in front of him.

“It doesn’t get any bigger than fighting on a Top Rank show with an explosive main event between Hooker and Saucedo. The staff at Top Rank has been top notch. I am really excited for Isiah to get this opportunity to display his talents on a big stage. Myself and co-manager Joe Thompson are convinced Isiah is ready to shine on November 16th and it can’t get here fast enough,” said Kurtz, who has manged Seldon from day one. 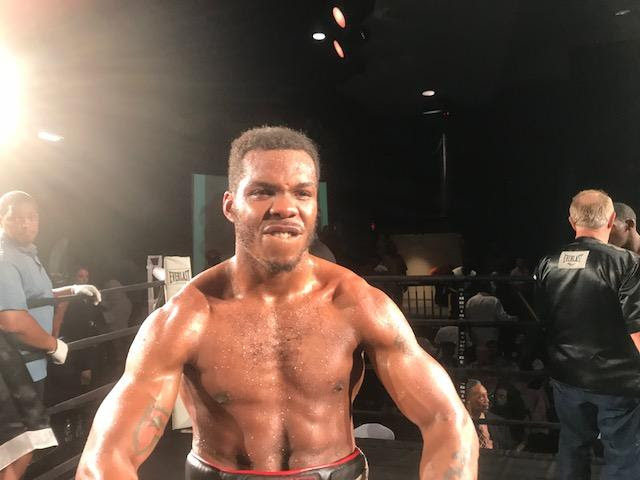 “Isiah has reunited with his original trainer Bill Johnson and they haven’t skipped a beat. This is the first time Isiah has had a full fledged training camp. We haven’t left any stone unturned in preparation for this fight. Isiah’s conditioning is at a point that I have never seen with him before. He is getting great sparring and his improvement working with Bill in preparation for this fight has been incredible. He is ready to show the world a new and improved Isiah Seldon. He has a large legacy to follow being the son of former WBA Heavyweight Champion Bruce Seldon but Isiah is determined to make his own mark on the sport of boxing.”

“He has always had power in both hands, scoring knockdown in almost every fight, but now he is learning to remain calm and finish guys instead of getting overly excited and letting them off the hook. He is punching harder than ever before, putting his punches together and his boxing ability has reached a level where he can control the pace of the fight. We have taken it slow with Isiah considering he didn’t have any amateur fights but we are now at the point where he is ready to make his mark on the Middleweight division.”

“We know Tyler Howard is a good undefeated fighter. He had a good amateur career, comes from a family with a boxing background, and has a solid management team who have done a great job with him. On November 16th we expect a tough fight with some fireworks but we are confident Isiah will emerge victorious and this will lead us to bigger and better opportunities.”