Burnett: “I have this mad hunger to smash through every single object in front of me!”

Ryan Burnett and Nonito Donaire promise action when they meet in a 118 lb Ali Trophy Quarter-Final on Saturday at The SSE Hydro in Glasgow, Scotland.

Tickets for the WBSS doubleheader in Glasgow starting from £35 (plus fees) are available to buy from: thessehydro.com.

“I have pretty much achieved everything in boxing,” said 35-year-old Filipino-American Nonito Donaire (38-5, 24 KOs), a former four-weight world ruler.

“Fighter of the year, knockout of the year, multiple division world champion. I have had all the belts. I am a big, big name to put in people’s resume.” 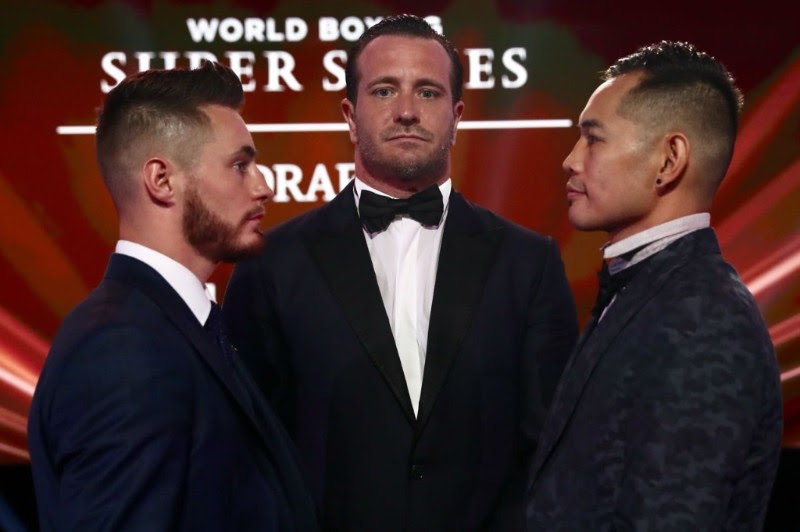 “I am looking for number 27!” said Adams. “He is already a champion, I am just adding to what he is doing.”

“Kenny sparked my initial desire for learning again,” said Donaire. “It has been amazing to learn new things. He’s doing a fantastic job, there is great mutual respect between us; it just works. There is never a limit to learning.”

Donaire is looking forward to compete at 118 lb in the World Boxing Super Series.

“I was giving the opportunity to be part of an amazing tournament and I know I can win it,” said ‘The Filipino Flash’.

“Burnett is a smart, rugged guy and I don’t doubt what he’s capable of, so I will use everything in my capabilities to take that away. It is going to be an exiting fight. My fights are always exciting!”

Ryan Burnett (19-0, 9 KOs), who is trained by renowned British coach Adam Booth, is ready to put Donaire and any other opposition in the WBSS on his resume.

“I am fighting Nonito Donaire, a great champion,” said No 1 seed, 26-year-old Burnett of Northern Ireland.

“I picked Nonito, because the better the fighter the better I become. I am close to have everything I ever wanted in life. That’s why I have this mad hunger to smash through every single object in front of me. And I will!”

On the line Saturday in Glasgow:

Fans at The SSE Hydro in Glasgow will be treated to a spectacular doubleheader featuring two Ali Trophy Quarter-Final contests as Scottish Super-Lightweight star Josh Taylor takes on the undefeated American Ryan Martin.