WBC super featherweight champion Miguel Berchelt and challenger Miguel “Mickey” Roman stood nose to nose, two days away from what is expected to be a phone booth battle at the Don Haskins Center in El Paso, Texas (ESPN+, 9:30 p.m. ET).

At the final press conference, on the floor of the Don Haskins Center, this is what Berchelt and Roman had to say.

“I’m going for the knockout and I know that Mickey will be as well, so it’s going to be a great fight.”

“I am coming to give a good fight and defend what is mine. I promise a great show. Blood, knockouts, and emotion are guaranteed.”

“This is a fight that had to happen. I earned the right to fight Berchelt, and I was looking for this fight for a long time. Finally, it’s happening.”

“I’m happy that this fight is happening. I’ve dreamed about a fight like this since I started boxing at 13 years old. What can I say? It’s happening on Saturday, and I am going to leave everything in the ring.”

“That gets me going, and I am very motivated for that reason. I want to be the first world champion from Ciudad Juarez and make history.”

“El Paso has always been a great, great boxing town. And, therefore, it’s really a fitting stage for a battle which I said on my latest Tweet… I guarantee this {fight} will be considered, once it’s finished, a contender for Fight of the Year. This is no ordinary fight. This is going to be a great, memorable fight.”

“The two Miguels are going to go at it. Hammering time. You’re really in for a treat. These two warriors are really what boxing is all about. Once the bell rings, as long as the fight goes, your eyeballs are going to be riveted on the ring.” 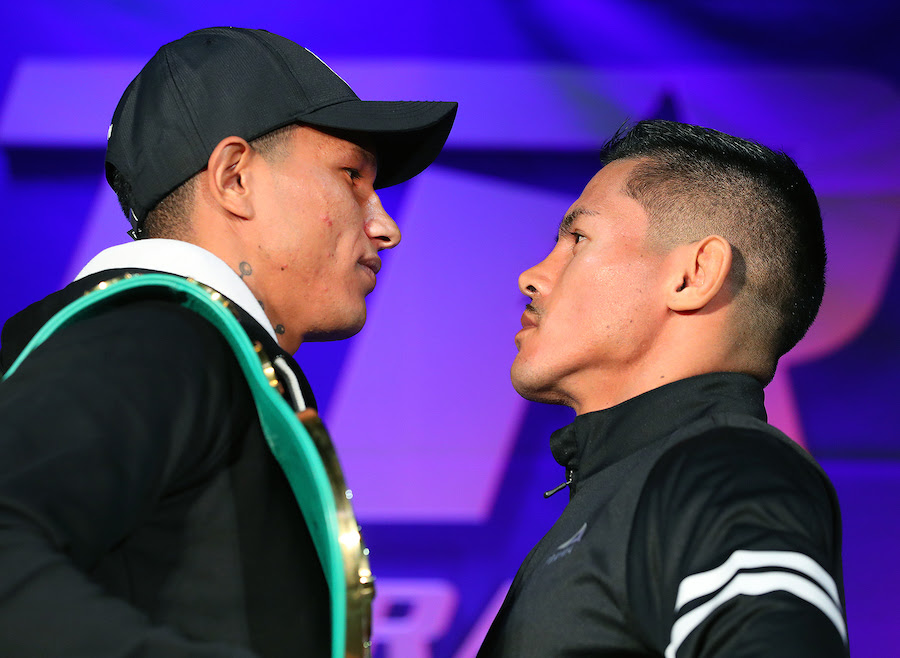