Michael Dutchover to close out 2018 with Nov 16 outing

The fast-rising Michael Dutchover (11-0, 8 KOs), with four solid wins on the year, aims to close out 2018 with another victory on Friday, Nov. 16, from the Doubletree Hotel in Ontario, Calif.

Dutchover, who will turn 21 the day before the event, will fight veteran and former world title challenger Daulis Prescott (31-9, 24 KOs) in the 8-round main event of Thompson Boxing’s “Locked n’ Loaded” season finale.

Dutchover, a junior lightweight fighting out of Midland, Tex., has had a breakout year of sorts with his recent display of power punching. His last three wins have come by way of knockout, including a sensational second round, one-punch destruction of Sergio Martinez in July.

Prior to that, the West Texas warrior, who trains in Los Angeles, removed Mike Fowler in three rounds. Two months ago in September, Dutchover stopped Bergman Aguilar in the fifth.

Dutchover, however, understands the Colombian-born Prescott poses a far more serious challenge than any other foe he has faced this year, or in his young career.

“This year was all about elevating my level of competition,” said Dutchover, who is promoted by industry veterans Thompson Boxing and Banner Promotions. “Prescott is battle tested and will be ready to fight. I love a challenge and I’m embracing it.”

Dutchover’s confidence is a direct result of the high-level sparring he receives on a routine basis from the many top-notch gyms in the Los Angeles area. 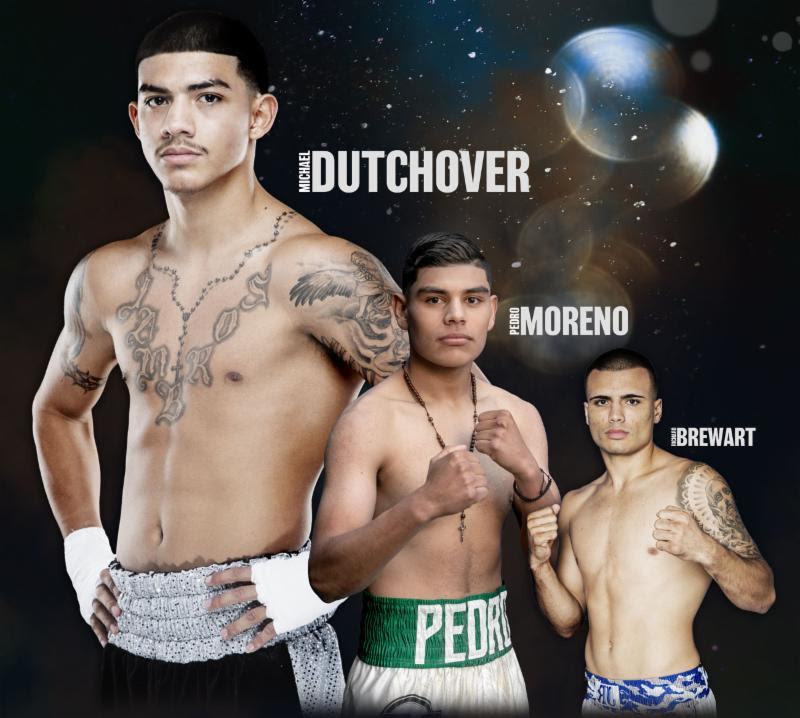 “I’ve been in with some of the top names in the sport and they all teach me something different,” Dutchover said. “Danny Roman, Oscar Valdez and Jessie Magdaleno are a few that come to mind. They are incredible boxers and good people too. I’m fortunate to have met them this early in my career.”