Ja’Rico O’Quinn scores second round through the ropes KO

Fighting at the MotorCity Casino Hotel in Detroit, O’Quinn (now 10-0-1, 7 KOs) showed why he is so highly regarded by sending Esquivel through the ropes for a TKO victory at 2:56 of round two.

Esquivel, a former NABF, WBC Continental Americas, WBC Youth Intercontinental, WBC FECOMBOX, and WBC Silver Bantamweight Champion, had no answer to the fast and powerful hands of O’Quinn. He falls to 30-16-1, 23 KOs.

“Christian Esquivel was a world title challenger and an experienced fighter. My goal was to make a statement,” said a happy O’Quinn, post-fight. “I did what was expected of me and rose to the occasion. I’m looking forward to having another impressive win before the year’s ends and starting next year with my TV debut. I am bringing world championship glory back to the city of Detroit. It’s just a matter of time!”

O’Quinn’s promoter, Dmitriy Salita, said he expected a strong showing from O’Quinn and says he got even more than he hoped for from the 23-year-old.

“Ja’Rico is one of the most gifted prospects in all of boxing! I was very impressed with his dominating performance. He is on his way to winning a world title and joining the list of the great champions from the city of Detroit.” 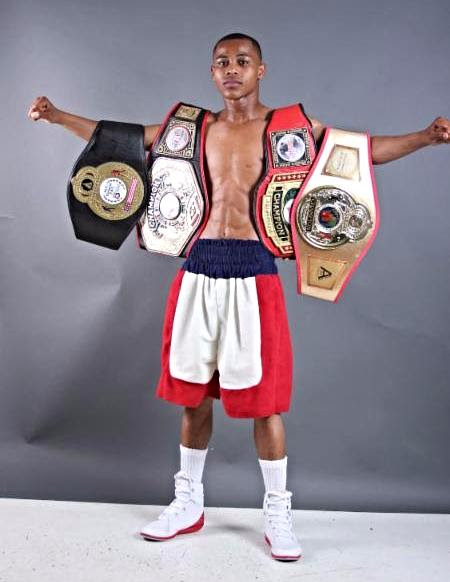