“It was a good fight,” said Tete. “My jab and footwork were decisive.”

The South African defended his WBO Bantamweight World title, in the battle of the southpaws, by outpointing Russian Mikhail Aloyan.

The judges scored it 114-111, 114-111 and 114-110 after twelve competitive rounds all in favour of ‘Last Born’. However, Aloyan, a two-time world champion as an amateur but with only four professional fights, impressed his experienced opponent.

“Aloyan proved he is one of the best by going 12 rounds with me. He is a clever fighter who will become a world champion one day.”

In the semi-final, Tete will face the winner of Ryan Burnett vs Nonito Donaire which takes place on November 3rd in Glasgow.

“I wish Ryan Burnett will win, and I think he will. I always wanted to meet him.” 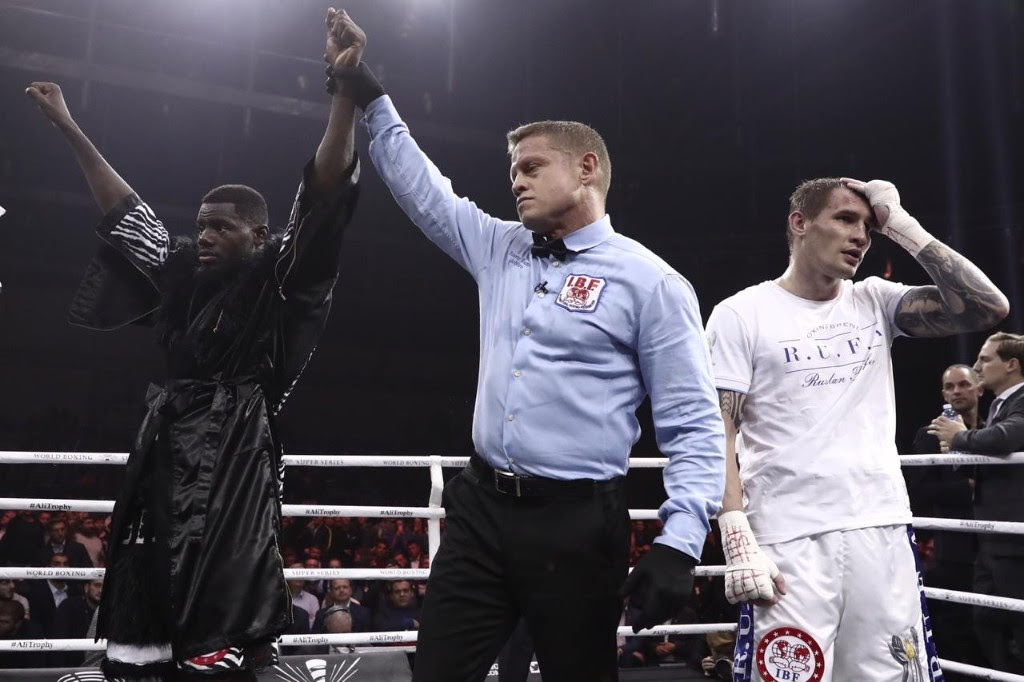 After a cautious opening of the Ali Trophy quarter-final and IBF final eliminator, Tabiti was considerably better in mid rounds, and in the last two rounds where he troubled Fayfer.

Fayfer did play his part, especially in rounds eight to ten, when he bulldozed his way in to try and land a decisive blow, but in the end, he did not have enough in the tank to switch the fight to his side.

“The guy was really awkward, he wanted to make it dirty,” said Tabiti. “My game plan was to be relaxed at the beginning and then getting off towards the end of the fight.”

Tabiti will face the winner of next Saturday’s quarter-final in Orlando between Poland’s Mateusz Masternak and Cuba’s Yunier Dorticos.

“I think Dorticos will win next week,” concluded Tabiti.

Tickets for the WBSS Quarter-Finals October 20 at the CFE Arena, Orlando, USA – Emmanuel Rodriguez vs Jason Moloney & Yunier Dorticos vs Mateusz Masternak – starting from $30 (plus fees) are on sale at TicketMaster.com.