Tyson Fury has promised to meet Deontay Wilder in the center of the ring on December 1 at the Staples Center.

The pair of undefeated heavyweights are set to battle it out in California for the WBC Championship live on Showtime Pay-Per-View. 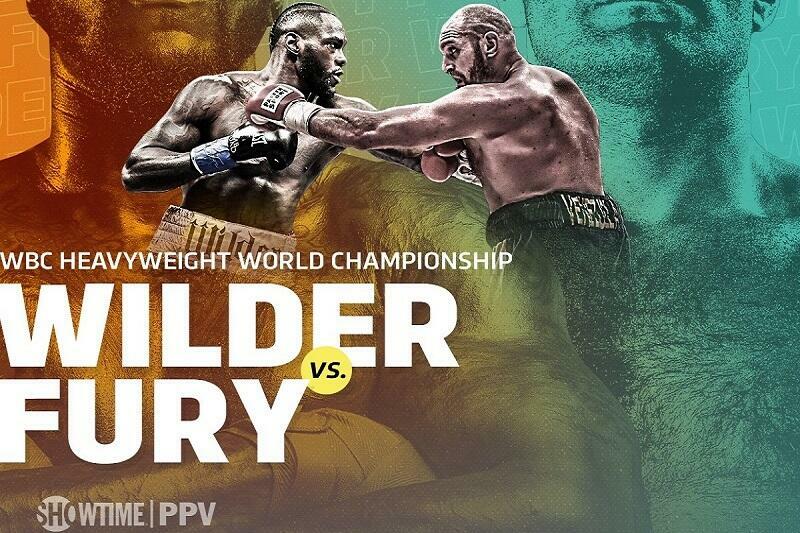 Verbal sparring has already begun ahead of the first of a trio of press conferences over the next few days on both sides of the Atlantic.

London hosts Wilder and Fury on Monday before New York and Los Angeles finish off a three-city tour later this week.

Fury has now told Wilder he wants to trade leather-for-leather for the coveted green belt. Whilst Wilder reminded the Briton of the times in the past when he’d punched himself in the face.

“I want Wilder to do as he says and meet me in the middle of the ring at Staples Center, have a war! Let’s make this a four round fight for the fans,” said Fury.

“F*** the game plans! Let’s just smash each other all over the ring. Blood, snot and guts everywhere! Be a man and meet me!”

Wilder stated his own tongue-in-cheek intentions: “December 1st baby! I can’t wait. I’m ready to add another KO to my record. As long as Tyson Fury doesn’t knock himself out first,” he joked.

At 30 years old and two fights into his comeback, Fury is aiming to complete the set of top division belts. Previously claiming the IBF, IBO, The Ring, WBO and WBA when defeating Wladimir Klitschko, Fury needs the WBC version to achieve an amazing feat.

“My fairytale comeback nobody thought I could get the weight off, never mind get back in the ring! Six months after my first comeback fight, I’m about to win the WBC title. All because (Deontay Wilder) said I couldn’t do it.

“You made me do this you big dosser,” added Fury.

Fans can look forward to fireworks as the press tour begins in the capital of England tomorrow.

Watch it all live on the World Boxing News website. Details here.