DiBella Entertainment celebrated its 15-Year Anniversary of Broadway Boxing on Saturday night by teaming up with fellow New York based promoters The Real Deal Boxing and Uprising Promotions for a stacked card of New York City’s most promising prospects at the legendary Kings Theatre in Brooklyn in front of an energetic and near capacity crowd. 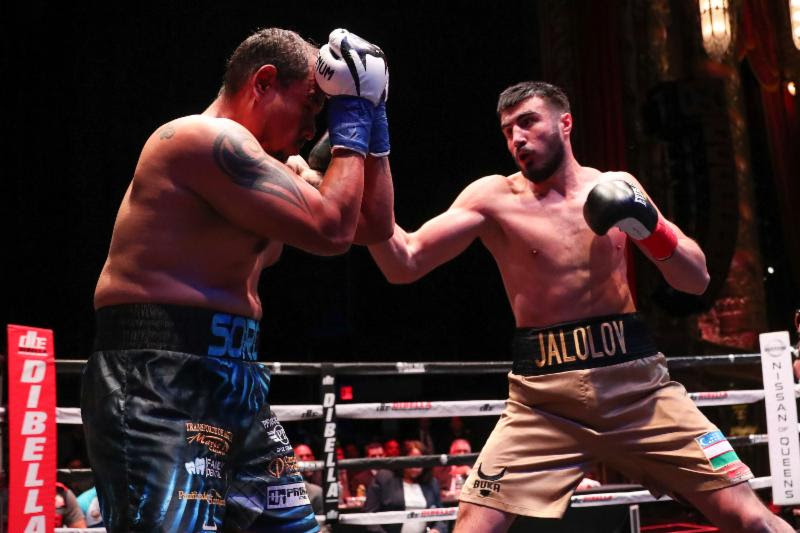 The evening concluded with 2016 Uzbekistan Olympian Bakhodir Jalolov making his New York debut. Trained by Joel Diaz, Jalolov, now 2-0 (2 KOs), blasted Mexico’s Eduardo Vitela (3-3, 1 KO) with a single straight left hand 30 seconds into the first round that dropped Vitela hard and unable to rise from the canvas, resulting in a TKO victory. The 6’6″ southpaw Jalolov is co-promoted by DiBella Entertainment and Fight Promotions Inc. Born in Sariosiyo, Uzbekistan, Jalolov was a highly accomplished amateur compiling a record of 84-13. A four-time National champion from 2013 to 2016, Jalolov represented his homeland at the 2016 Olympic Games in Rio de Janiero, Brazil, and had the distinguished honor of being the country’s flagbearer at the Opening Ceremonies. As an amateur, Jalolov won gold medals at the Asian Amateur Boxing Championships in 2017, World Cup Tournament, Liventsev Memorial Tournament, Great Silk Way Tournament, and Duisenkul Shopokov Memorial Tournament in 2015, and at the World Cup of Petroleum Countries Tournament in 2014. During his amateur career, Jalolov also focused on his education, earning a Master’s Degree in Sports Science. 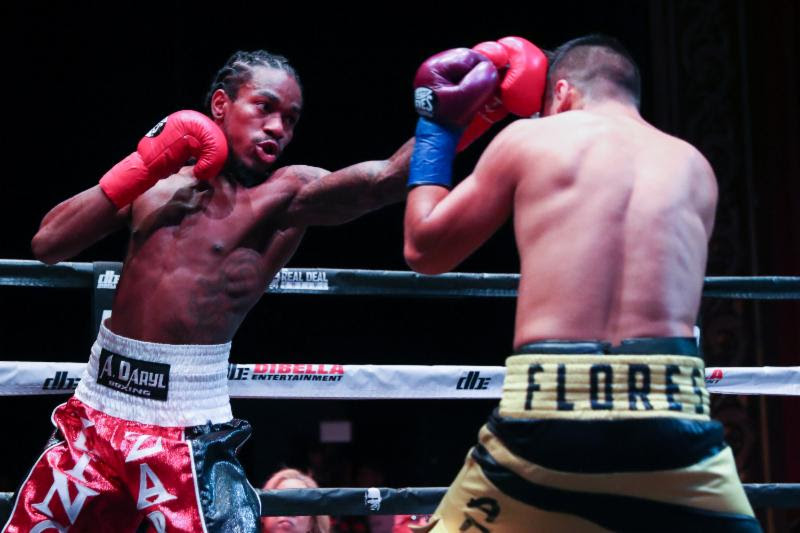 Trained by Elmo Serrano out of Gleason’s Gym, Brooklyn’s undefeated junior lightweight prospect Jude “King Zar” Franklin improved to 9-0 (8 KOs) when referee Arthur Mercante Jr.called a stop to the action in the final frame of the six-round fight despite a game effort from the rugged Mexican veteran Danny Flores (15-14-1, 8 KOs). Franklin looked sharp relentlessly attacking the body throughout and ultimately overwhelming Flores. 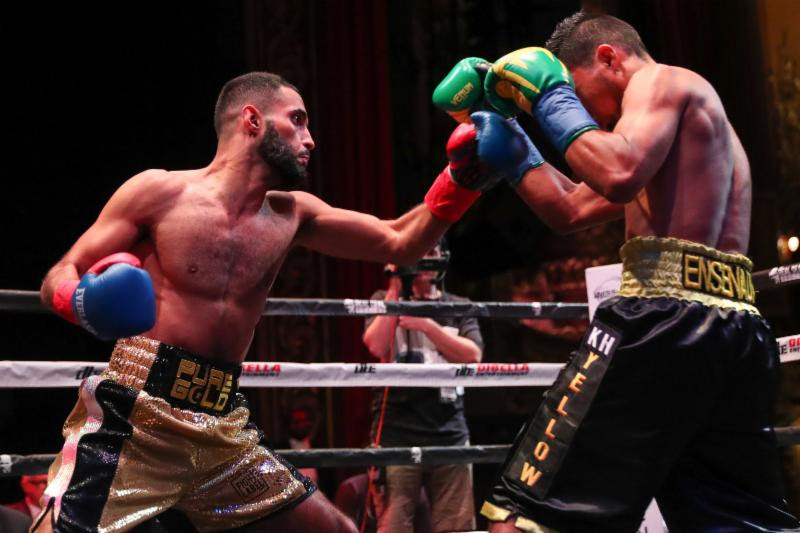 In his Kings Theatre debut, Brooklynite Khalid “Pure Gold” Twaiti (4-0, 2 KOs) looked impressive winning a four-round unanimous decision against Carlos Ramirez (1-3, 1 KO), of Ensenada, Mexico, in a junior featherweight contest. Trained by Don Saxby out of Gleason’s Gym, Twaiti turned pro in February 2017 after compiling a 74-15 amateur record.In other action throughout the night:

Undefeated middleweight prospect Edgar Berlanga (9-0, 9 KOs) continued his unprecedented first round knockout streak by scoring three knockdowns in the opening stanza against Washington, DC.’s Gregory Clark (3-3-1, 1 KOs). Despite Clark’s movement, Berlanga stalked his opponent, landing an overhand right for the first knockdown then a flurry that literally sent Clark under the ropes for the second knockdown and finally a left hook to the body for the final knockdown.

In a show stealing scrap, despite being dropped at the very end of the first round, Pablo Valdez (2-0, 2 KOs) stormed back to drop Alexander Serna (1-3, 1 KO) in the second round only to be dropped again himself at the end of the third round. Valdez answered back again decking Serna twice in the fourth and with the second knockdown, the referee waved off the fight thus saving the judges a serious mathematical headache. In just his second fight, Valdez brought hundreds of enthusiastic supporters who erupted over the result of the back-and-forth war.

Undefeated junior middleweight Matthew Gonzalez (7-0, 4 KOs) kept his perfect record winning an unanimous decision against Jordan Morales (3-5, 2 KOs) in a six-round bout. In his fifth fight of the year, ‘Lefty’, at only 23 years old, is starting to stand out in the crowded field of New York prospects due to his activity and dominant performances.

Italy’s Giovanni Scuderi (1-0), now fighting out of Brooklyn, won a close but unanimous decision in his professional debut versus Maryland’s Charles Johnson (1-2, 1 KO) in a four-round cruiserweight bout.

Justin Biggs (5-0, 5 KOs), a multiple Golden Gloves winner, looked sensational in front of his hometown fans stopping Florida’s Noe Lozano (2-4) in the final round of a scheduled six-round junior middleweight round bout. Despite a heated weigh-in that almost erupted into an altercation, Lozano could not back up the tough talk.