The all British clash came to a fair conclusion when Smith struck the defining blow in the seventh. Up until that point, Smith had been the dominating fighter, after a nerve wrecking, chess-like opening of the fight.

The final dubbed ‘Rowdy in Saudi’ was fought in front of a euphoric crowd at the Indoor Sports Hall in King Abdullah Sports City.

Ringside, at the first ever professional boxing show in Saudi Arabia, was boxing notables as Evander Holyfield and Prince Naseem and the coveted Muhammad Trophy was presented to Smith by Rasheda Ali, daughter of the ‘greatest of all time’.

In addition to the golden grand prize, Smith is now the WBA Super World Champion and owner of the legendary Ring Championship belt and WBC Diamond title. 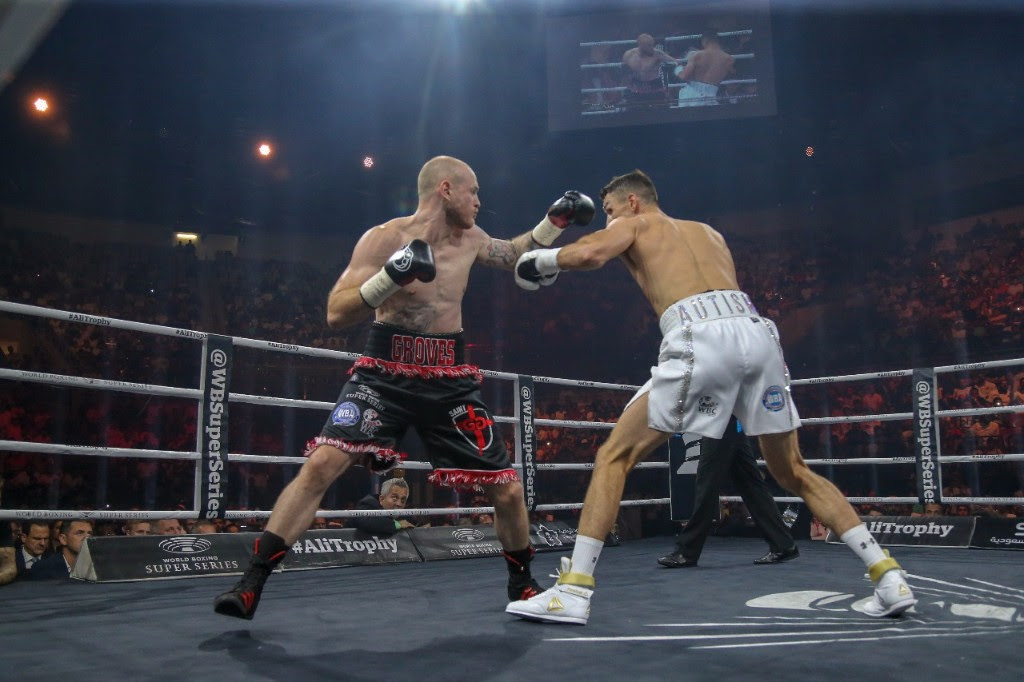 “I have waited so long for this,” said Smith who has been dreaming of becoming world champion since childhood.

“I’m a big believer in my own ability and I knew I was good enough to become the best on the planet.”

“I’m not a man who shows a lot of emotion, you never see me ecstatic, but you saw it tonight because it’s a lifetime ambition fulfilled.’

Groves showed grace in his defeat and congratulated his English rival.

“Embarrassing,” said Groves.“I’ve never been hurt by a body shot before this in my entire career. But all credit to Callum. He deserves this night.”

The final in Jeddah marks the conclusion of Season I of the World Boxing Super Series. Ukraine’s Aleksandr Usyk took home the Ali Trophy in the Cruiserweight division in July.