Luke Campbell set up a shot at the WBC Lightweight Title after avenging his defeat to Yvan Mendy with a comfortable unanimous decision.

It was Campbell’s first fight under the tutelage of renowned trainer Shane McGuigan. The new partnership clearly worked, as Campbell used his superior footwork to keep his distance from the relentless Mendy.

Both men started fairly tentatively but it was clear from the off Campbell had learned his lesson the last fight. Showing excellent footwork, he escaped Mendy’s constant pressure. 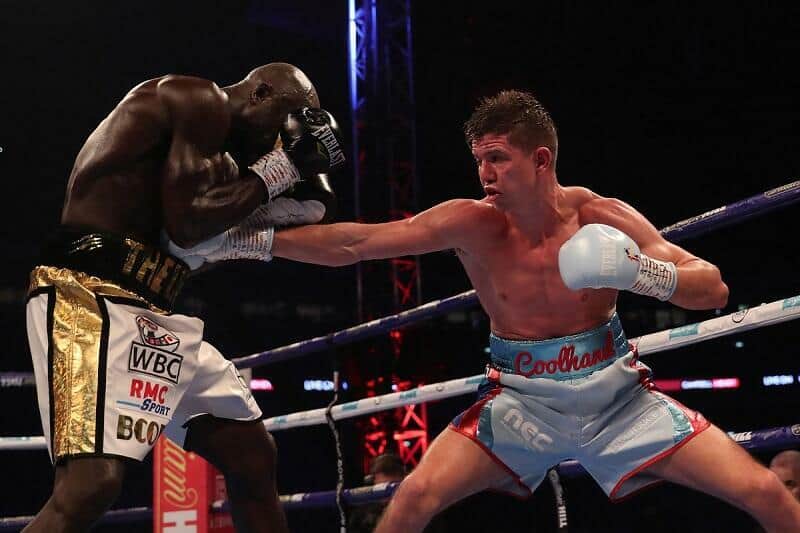 Mendy did have success in spells, mostly with looping right hands. But Campbell’s counter-punching and footwork throughout the bout saw him edge most of the rounds.

It marks the end of a chapter for Campbell. Now the 30-year-old will have another opportunity at a world title.

‘The Sauce’ Lawrence Okolie defeated Matty Askin to win the British cruiserweight championship. This is despite having three points deducted for holding in a scrappy, dull contest.

The final bell was met with a chorus of boos from the onlooking crowd, showing their displeasure at what was a poor contest.

That was as good and entertaining as the contest got, as the rest of the rounds followed a similar pattern.

Every time either fighter threw a punch, they diffused each other resulting in a bout littered with clinching.

Okolie appeared to instigate most of the holding in the contest which seen him deducted points in the 5th, 8th and 11th round.

Despite that, he secured the Lord Lonsdale strap in just his 10th fight.