Advertisements
Home » EXPLAINED: How Canelo got the decision against Golovkin

EXPLAINED: How Canelo got the decision against Golovkin

Canelo Alvarez was again the social media debate of a ‘controversial’ decision on the scorecards against Gennady Golovkin.

Fans took to their respected outputs on Saturday night immediately after the Mexican was handed a decision win over ‘GGG’.

Many argued the two-weight world title holder ‘robbed’ Golovkin of another victory. Although the official stats just don’t back the theory. 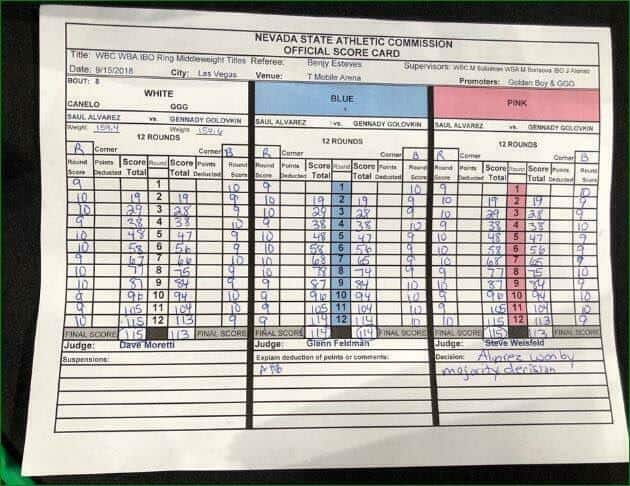 Canelo stayed on his bike lasty year, but this time fought fire-with-fire, planted his feet and stood his ground.

Golovkin endured a slow start – by his standards, before taking over the contest in the mid-to-late rounds and seemingly doing enough – but only just.

WBN scored it 115-113 in favor of Golovkin, although all three judges agreed with eight rounds on every cards (including the WBN card).

The first six rounds were scored as followed: Canelo won rounds 2, 3, 5 and 6, whilst Golovkin took 1 and 4 (on all four cards). Rounds 9 and 10 were also scored for GGG on the four scoresheets.

So, only the 7th, 8th, 11th and 12th were under question and up for debate. Scores of 115-113 either way or a draw were easy conclusions to reach, meaning any talk of controversy is unwarranted.

Those sessions were very close and simply based on what you like, with the CompuBox stats making interesting reading. 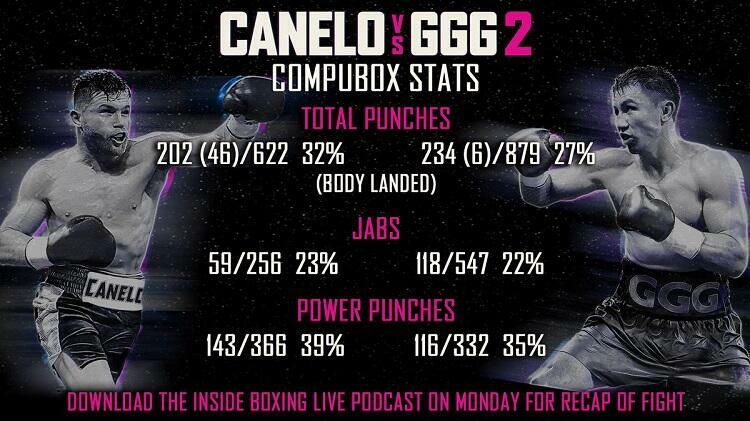 According to punches hitting the mark, Canelo’s percentage was higher in all four of those rounds with question marks against them.

Therefore, a score of 115-113 to Canelo is not an injustice and could be gaining more traction as ‘a robbery’ due to the first fight result.

The truth is, Canelo didn’t deserve a draw a year ago and then failed a drugs test, meaning his win leaves a bad taste in the mouth of a lot of people.

Summing up the stats, A CompuBox statement read: Canelo had a 143-116 edge in power connects. He landed 39% to 35% for GGG, who landed 70 power shots over the last six rounds.

Fingers crossed a third fight comes to fruition for the pair in May 2019. However, Golovkin may not be too keen to head back to Las Vegas for a trilogy.

Texas could emerge as a potential venue, or even a stadium in Mexico, whilst heading back to Las Vegas seems unlikely.

Both fighter pocketed a hefty sum, meaning a second rematch has to happen in the spring of next year.