Last time out, Boente ran the rule over recently retired Wladimir’s best moments – meaning Vitali is the subject of his latest offering.

Vitali, 47, retired six years ago next week and has since move into politics in his native Ukraine, culminating in his current role as Mayor of Kiev.

Gearing up to host the World Boxing Council’s annual Convention, the elder Klitschko left the sport with an outstanding record of 45 wins, having only lost two bouts in sixteen years as a pro.

Both of those reverses came with injuries attached and may well have resulted in different outcomes in slightly altered circumstances.

An injured shoulder in 2000 against Chris Byrd was followed up in 2003 by a stoppage loss to Lennox Lewis, which was controversial as Vitali was up on all three scorecards when halted on a facial cut.

Klitschko would eventually claim the WBC title in 2004 for a second reign as champion until a successful defense against Danny Williams was followed up by the decision to hang up his gloves due to numerous injuries a year later.

A comeback in 2008 led to the most triumphant spell of the Klitschko reign as Vital regained the green and gold belt to spark four years of dominance as both he and Wladimir conquered the division simultaneously until a final retirement in 2012.

Bowing out, Klitschko vowed to make a difference in his home country and Boente told WBN he was unsurprised by the switch to political affairs.

“I have a Master’s Degree in politics and history, so when Vitali and I travelled together or were in camp most of the time we didn’t discuss boxing but different topics of German, Ukrainian or international politics,” Boente exclusively told World Boxing News. “Therefore I was never surprised about his step into politics.

“I really hope that one day Vitali becomes President of Ukraine. He is unbiased, financially independent and therefore immune to corruption and he has great international relations and an excellent reputation. And most important the former boxing champion is now a dedicated fighter for democracy.” 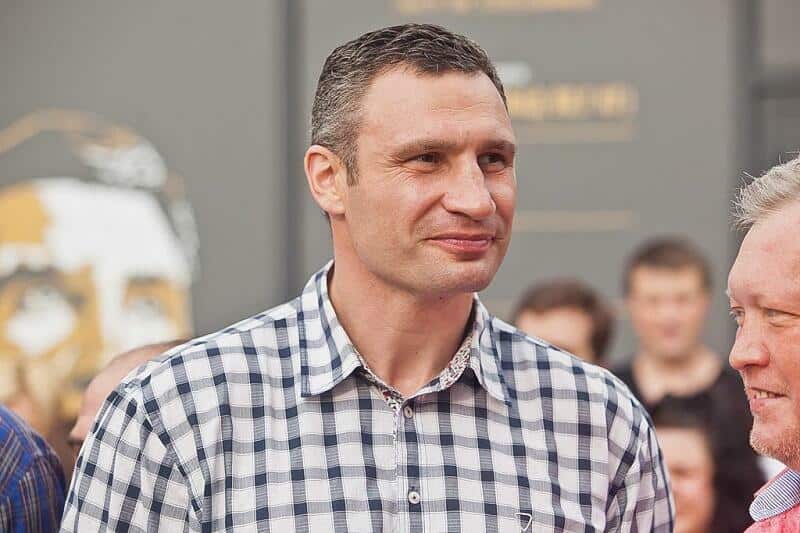 Asked for a standout moment from Vitali’s illustrious spell trading blows, Boente replied: “Sadly, Vitali had to retire in 2005 because of his many injuries and I was ringside at many of his outstanding performances e.g. the fights against Lennox Lewis, Corrie Sanders or Chris Areola.

“But my standout moment was his terrific comeback in Berlin in 2008, almost four years after his last fight against then WBC champion Samuel Peter. He totally destroyed Peter and I will never forget Don King’s face becoming longer and longer during the fight.”

Concluding with his view on the debate over the Lennox Lewis fight and whether the pair should have fought an immediate rematch, Boente was adamant it was Vitali’s time to take over.

“I think Vitali had won that (first) fight. Lennox is one of the best heavyweight champions in history but his best times were over and Vitali was at his peak,” he pointed out.