Klitschko Management Group Managing Director Bernd Boente has seen it all regarding the career of two of the greatest heavyweights of the modern era in Ukrainian powerhouses Vitali and Wladimir.

Boente, never one to be shy with his opinion, spoke to WBN about both brothers’ careers sixteen months on the Wladimir’s retirement, which came six years after older sibling Vitali, 47.

Wladimir – like three-time ruler Vitali, was a dominant force in his own right and claimed a version of the world heavyweight crown on five occasions in two spells as a top division champion.

A fight with Anthony Joshua in April 2017 closed the curtain on an awesome career of 64 wins and 5 losses, but which almost had a fairytale ending when Klitschko had the younger Briton down and seemingly out in the sixth round.

Reminiscing on what might have been, Boente says there was some sadness in the Wembley Stadium dressing room after the clash but also pride at handing over his mantle to the next unified generation.

“Being with Wladimir and the team in the locker room after the fight I can tell you that he was deeply disappointed. At the same time, we all knew that Wladimir had been part of one of the best heavyweight fights ever,” Boente explained to World Boxing News.

“Anthony Joshua is a worthy successor and an outstanding personality. I really hope that he stays champion for many more years. The heavyweight division is the flagship of boxing and AJ is great for our sport,” he added.

Prior to Joshua came a crushing loss to Tyson Fury, something which seems to be have been forgotten by some since the ‘Gypsy King’ was unable to hold on to his position as champion due to a spell of serious depression.

A contracted rematch was ultimately destined to never take place and Boente says Wladimir has moved on in his life despite being unable to fully rule out a return to the ring for the 42 year-old in the immediate future.

“Wladimir is very busy with many different projects outside of boxing like advising companies, associations and societies on all topics related to Challenge Management and the development of new business models and products. One good example is his cooperation with the University St.Gallen in Switzerland,” pointed out Boente.

“(A comeback? – You can) Never say never but at this moment I can‘t see any reason why Wladimir should come back.”

Reflecting on some of his other standout moments from a career spanning 21 years, Boente picked out several others to sit alongside that famous Pay-Per-View event in London last year. 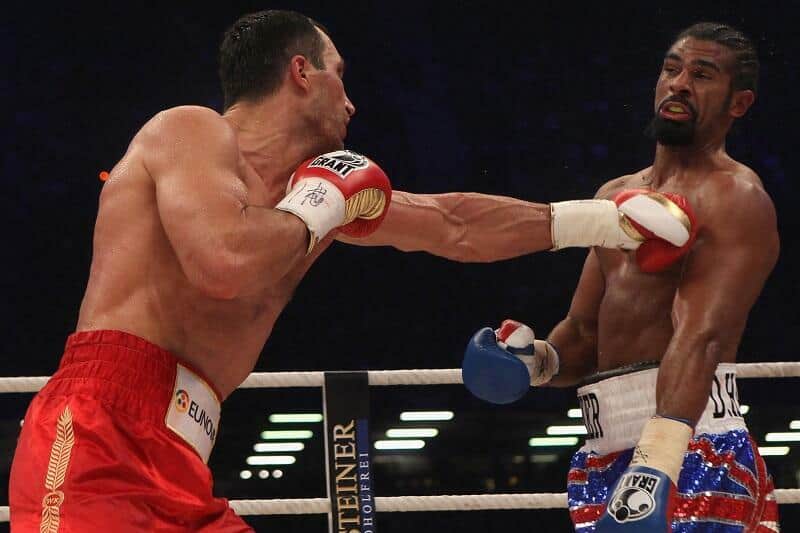 “Being ringside, my most memorable fights were Wladimir ‘s thrilling first bout with Samuel Peter in 2005 and then the next year winning back the world championship against Chris Byrd.

“I also look back at our first fight in a soccer stadium in 2009 in front of 61.000 fans against Ruslan Chagaev with pride and in 2011 the successful unification against David Haye.

“Oh, and let’s not to forget Wladimir‘s memorable last fight at Wembley Stadium against AJ,” he concluded.