This masterpiece commemorates one of the most important dates for Mexicans. It was created by artisans who captured the pre-Hispanic technique of the Chiapanec loom, made with cotton threads in different shades of white to symbolize the armour of the ancient warriors.

Ornate with a network of rings representing the union and fidelity of the 12 Mayan towns of the state, the belt bears on the plaque the legend “Majbanéj-Maya” which translates as “Mayan Warrior” as well as the initials of the WBC and the text WORLD CHAMPION carved in pure amber, fossilized resin of 25 and 40 million years old.

This will be the third boxing match that Interjet sponsors, since in 2017. It was involved in the fights between Julio César Chávez and Saul Alvarez and between Gennady Golvkin and Saul Alvarez.

Julio Gamero, Commercial Executive Director of Interjet said it’s a pleasure for the airline to work with the WBC to promote and take Mexico to all corners of the planet, reinforced by a sport in which Mexico excels. 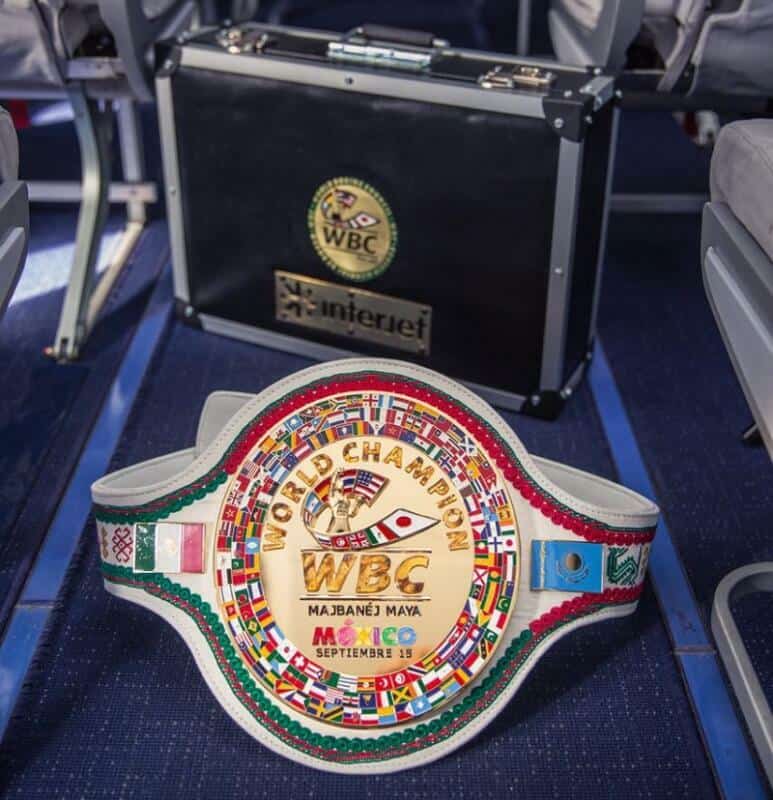 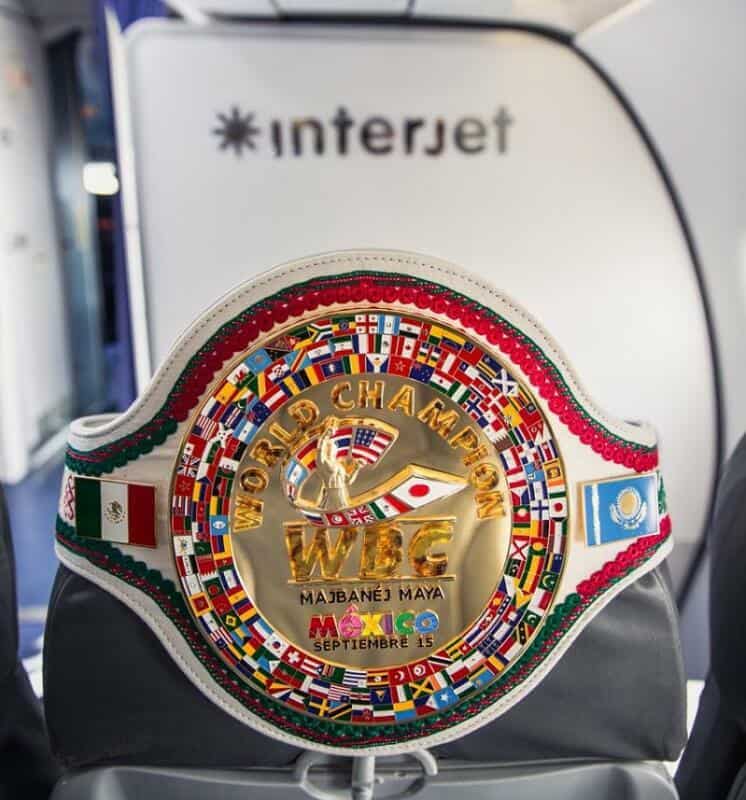 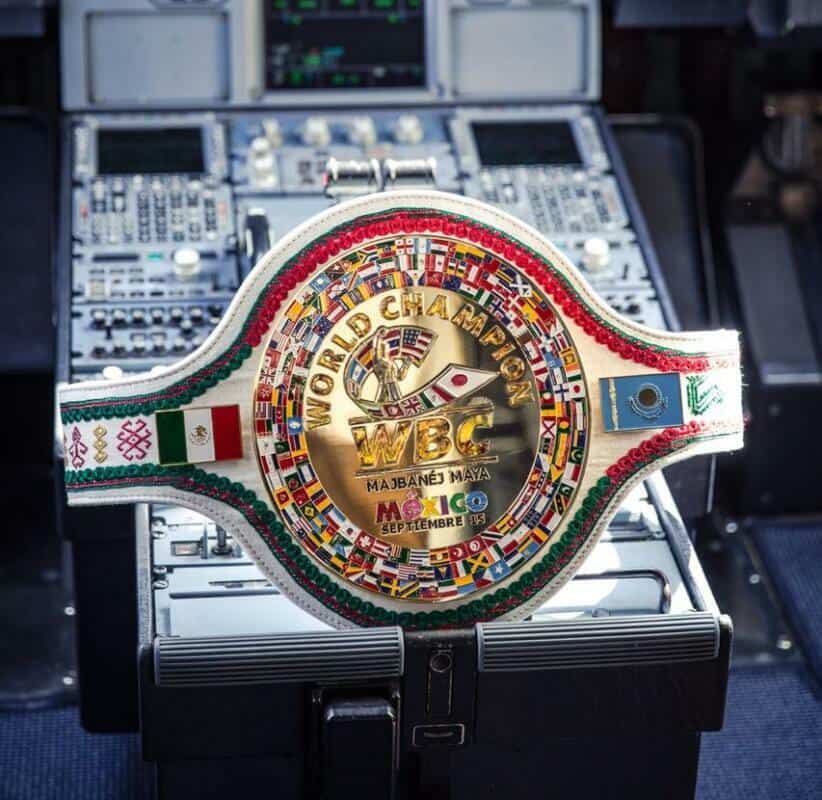 “Mexico occupies one of the top places in the world among the countries with the most world boxing champions and Las Vegas, emblematic headquarters of boxing, has become the perfect place to offer great shows.

“For us, it is a pleasure to be part of this great event that has captured everyone’s attention and will undoubtedly be one of the most memorable nights for Mexicans.”

Happy to be back, World Boxing Council President Mauricio Sulaiman says this tiebreak will be spectacular and worthy of a night of Mexican boxing. Mauricio also said that it is a source of pride that this work of art which took three months to create, and represents all Mexicans is carried on an Interjet plane, a tricolor company of the very highest standards.