Home » British Board move to clarify NO INVOLVEMENT in Danny Williams fight, DID NOT APPROVE

British Board move to clarify NO INVOLVEMENT in Danny Williams fight, DID NOT APPROVE

In what was a shock to most, Williams was dropped three times in the first half of the contest before McAllister took out ‘The Brixton Bomber’ in the tenth.

Williams was a complete shadow of his former self and hadn’t been sanctioned to fight by the BBBofC since a two-round loss to Dereck Chisora in 2010. 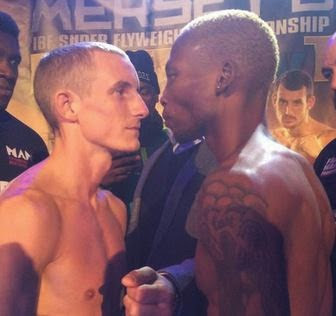 It’s quite obvious confusion surrounding how the event took place on UK soil has arisen from several media outlets reporting on what was a hotly-debated affair.

At 45, Williams was ten years past his prime and retired immediately following the defeat – having also admitted to mental anguish in the latter part of his career.

“But I pushed through it and done my job. My reason for continuing to box was because I wanted to see my girls in private school away from the mad people I grew up with in South London.

“I had people bringing guns to my house, but my daughters are grown up now.

“They were the reason I was boxing. I got my oldest daughter through private school and my youngest daughter is 14 now and has one more year.

“This fight will pay for that so there is no reason to fight anymore. So it is goodbye,” he added.