Webb’s work rate controlled the first few rounds but Allen was landing the more eye-catching shots from the opening bell.

Allen threw a thunderous overhand right which sent Webb to the floor with shaky legs, unable to get back to his feet with one second left in round four.

The O2 crowd couldn’t have been happier as ‘The Doncaster De La Hoya’ thanked them all for their support. 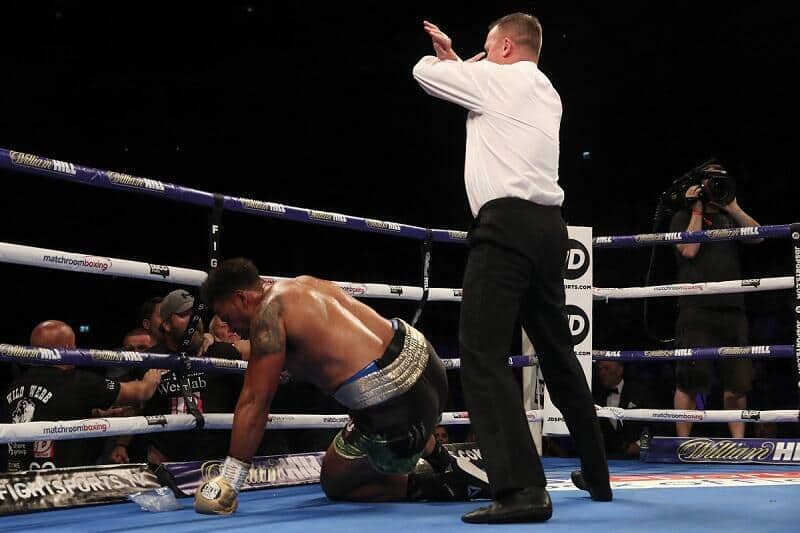 Prior to the Allen shock, Anthony Fowler impressed the O2 crowd in his first step up in opposition against a game Craig O’Brien.

The Liverpudlian was sharp and calculated with his punching using head and body movement which urged O’Brien to throw wild punches. 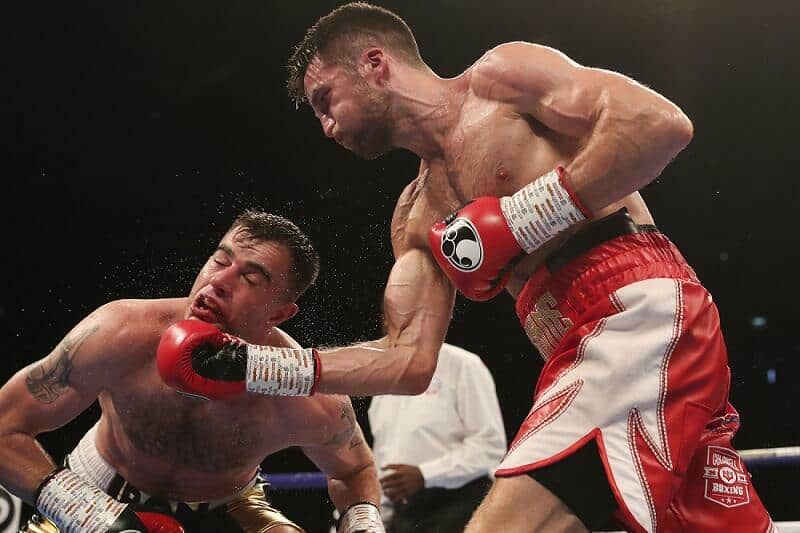 Despite a bright start, O’Brien was dazed a few times in the contest and struggled to gain success after the opening two rounds.

Eight seconds into round six, Fowler unleashed a lead left hook which ended the fight immediately with O’Brien’s head bouncing off the bottom rope.

Momentarily finding himself in a war during round four, Buglioni eventually took his time and found his rhythm from round five onwards. 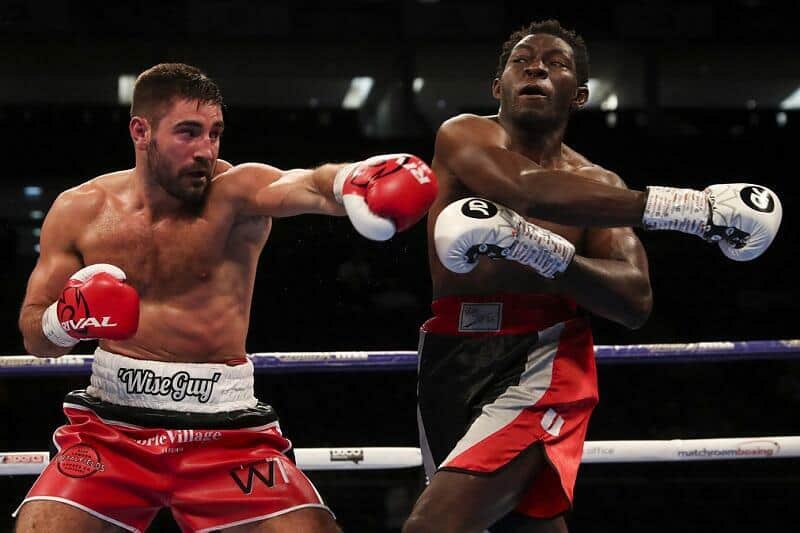 Buglioni’s sharp right hands to the body in the sixth were sufficient for Feuzeu’s corner to decide enough was enough.

Light-heavyweight Charlie Duffield followed the opener by using a stiff jab and short solid bursts to wear down Reinis Porozovs. After round three, Porozovs retired on his stool improving Duffield’s record to 6-1 and still with all wins by knockout. 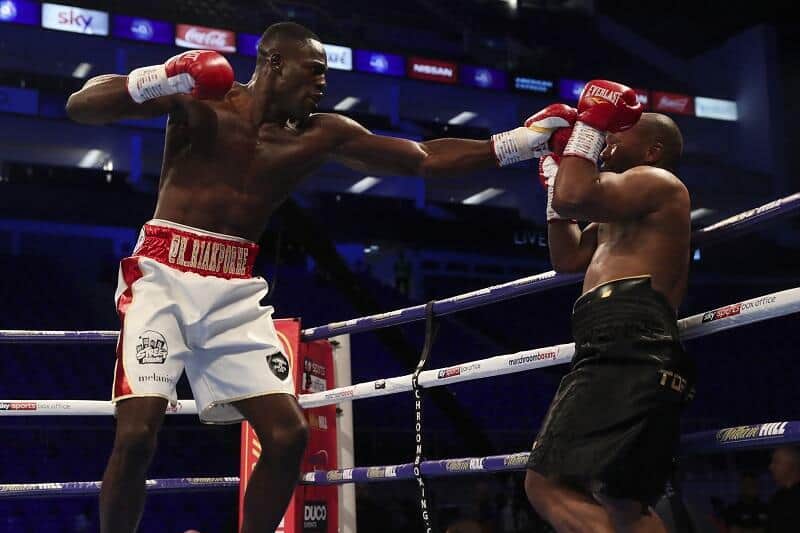 All Pictures by Lawrence Lustig