PICTURED: Heavier Dillian Whyte gets UP CLOSE and PERSONAL with Joseph Parker at tense weigh-in

Scaling almost 260 pounds, Whyte looked muscular as he posed for the cameras before going nose-to-nose with the former WBO heavyweight champion.

‘The Bodysnatcher’ was a little heavier than for his contest with Lucas Browne and out-weighed Parker by almost a full stone. 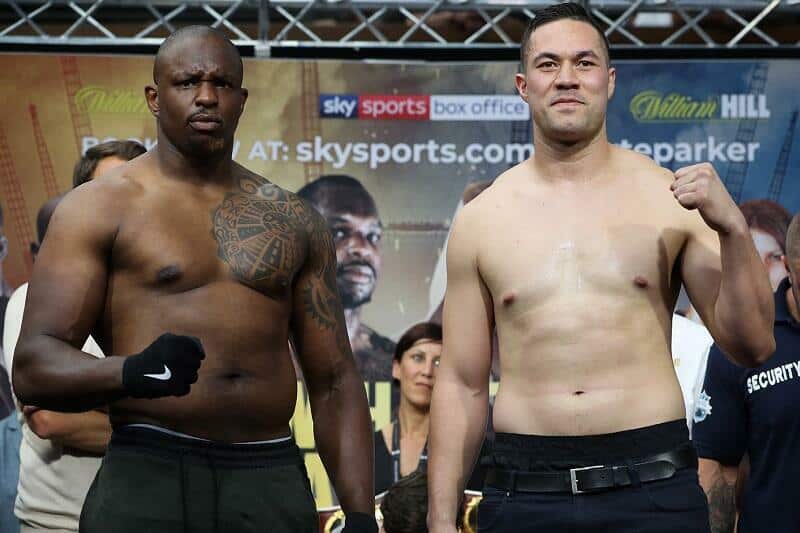 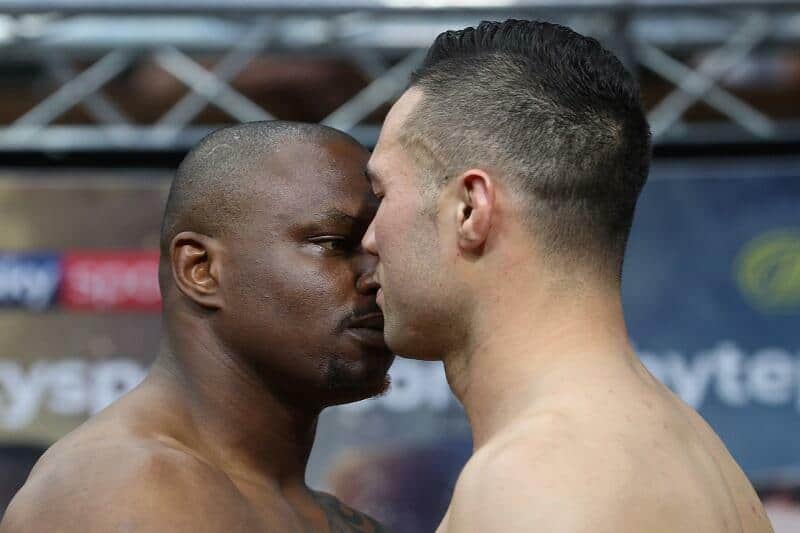 Parker came in at a solid 242 pounds, almost half a stone more than for his previous clash with Anthony Joshua back in March. 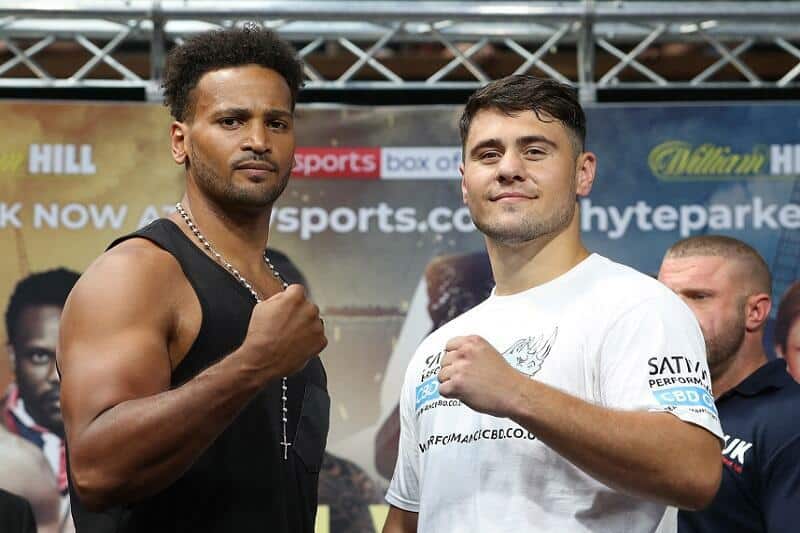 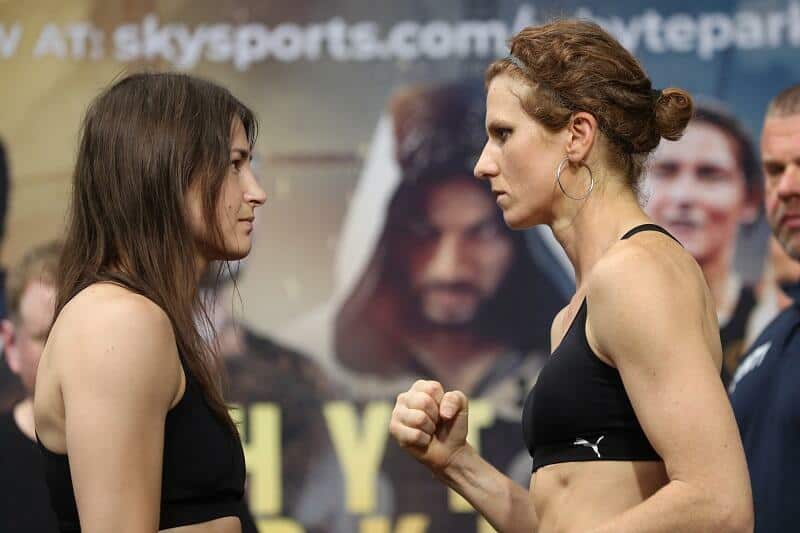 Nick Webb (260lbs) and Dave Allen (258lbs) are ready for battle as the pair duke it out for a shot at Hughie Fury’s British heavyweight crown, whilst Katie Taylor (134lbs) defends her two world lightweight belts against Kimberly Connor (132lbs). 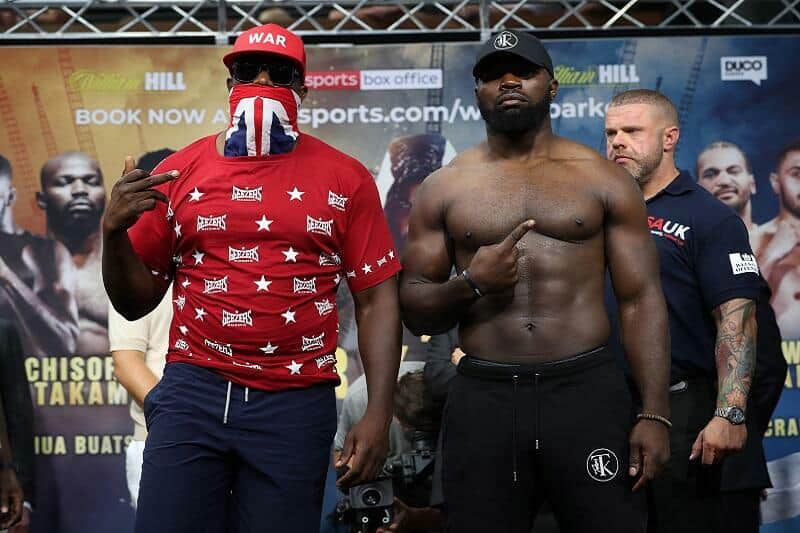 Dereck Chisora (249lbs) and Carlos Takam (246lbs) square-off at Friday’s weigh-in ahead of their International Heavyweight title meeting at The O2 Arena.

Both fighters need a win to get back into contention for a world championship chance. 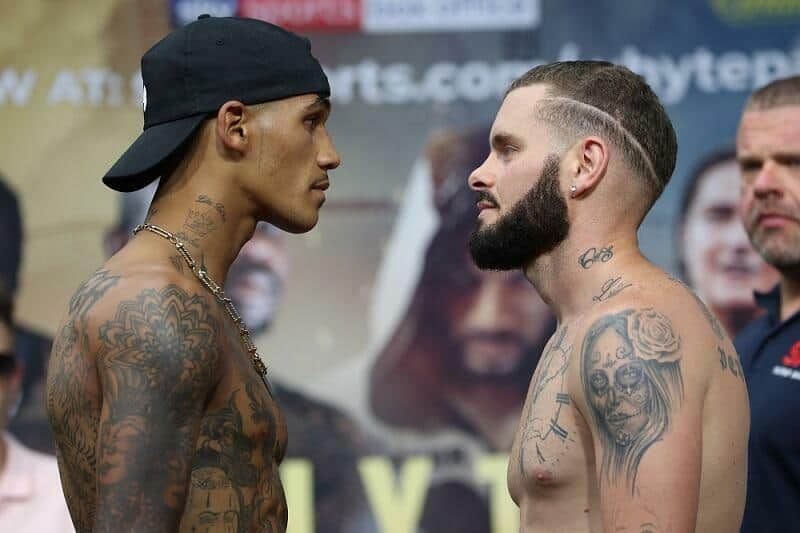 Conor Benn and Cedric Peynaud are ready to mix it once again on the back of their dramatic first meeting. Both weighed 146 pounds. 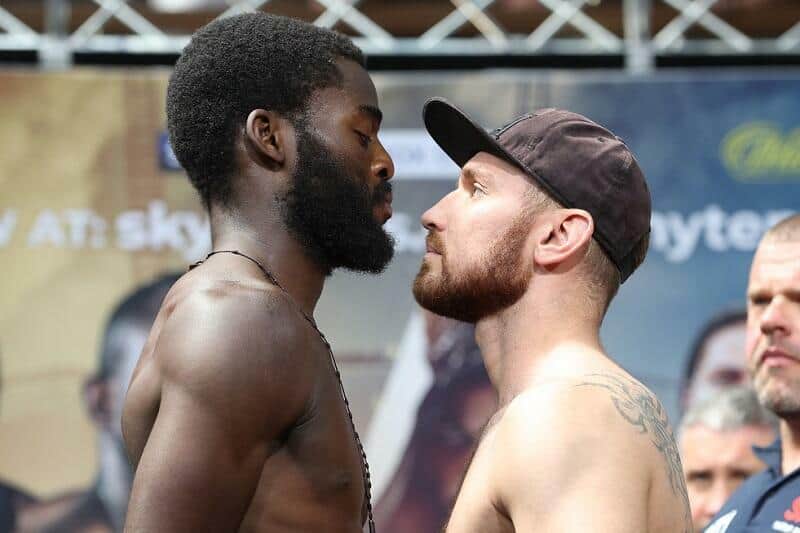 Olympic star Josh Buatsi comes in just shy of 175 pounds for his clash with Andrejs Pokumeiko (173lbs) as the Briton aims to continue his solid progress. 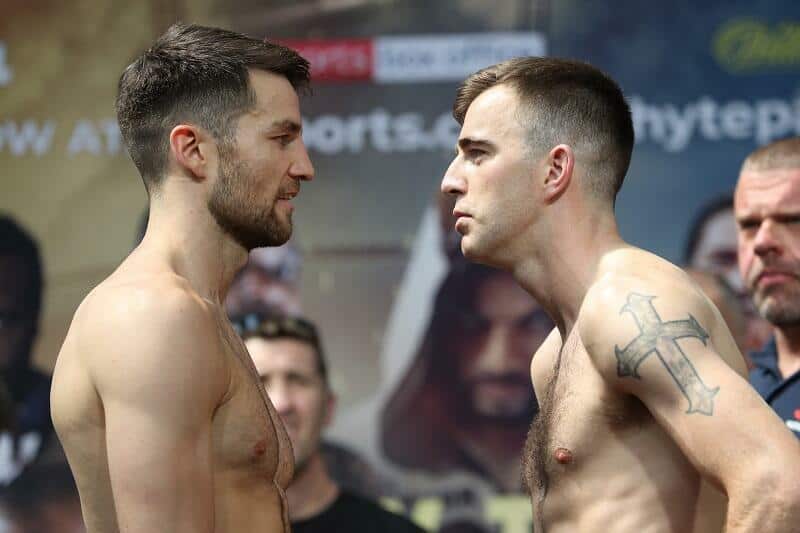 Anthony Fowler (155lbs) and Craig O’Brien (153lbs) are primed for their undefeated battle at The O2, whilst Frank Buglioni (178lbs faces Emmanuel Feuzeu (172lbs) in his comeback bid.