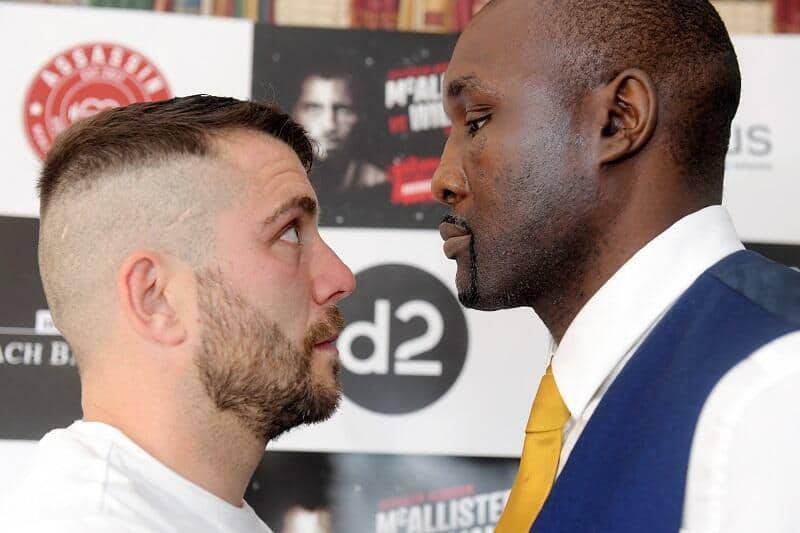 Lee McAllister is attempting to pile on the pounds for a showdown against a former world heavyweight title challenger despite winning his last title at lightweight.

More recently, the Scot has been campaigning at welterweight but still plans to move to a weight stipulation 60 POUNDS north of his usual limit.

Facing him on July 28 in Aberdeen will be the evergreen Danny Williams, a man who put one nail in a faded Mike Tyson’s career coffin back ln 2004.

The 35 year-old is under no illusions regarding the task that stands in front of him and aims to show fellow boxers and fans alike that anything is achievable in the sport.

“I think this is the biggest opponent and it would be the biggest victory of my career. Beating somebody like Danny is unthinkable,” McAllister told the Evening Express.

“He is a clever professional fighter and I’m sure he will have done the right things in the gym.

“He’ll be coming to rip my head off but that’s boxing – we’re not there to tickle each other.

“The public just like everyone else thinks I’m mad, but I’m out to prove a point. I want to show that anything can be achieved.

“It doesn’t matter where you are from and your background, if you’ve got your mind set on something then you can achieve it, and that’s what it’s all about.”

On how preparations are going for next week’s eye-popping challenge, McAllister added: “The preparation is going well and I feel good.

“I don’t regret anything. it’s life, it’s boxing. One punch can change a fight and if he thinks he can come and knock me out that’s up to him.

“Win, lose or draw I’ll have no regrets because I know what I’m up against.

“He’s a legend. I’ve got no regrets now and I’ll have no regrets afterward,” he said.

Williams is not taking the encounter lightly at all and feels disrespected by McAllister’s bid to compete in the top division, having already promised to KO the smaller man and show no mercy come fight time.