It was a perfect weekend for Split-T Management, as six members of Boxing’s deepest management stable remained undefeated with impressive victories. 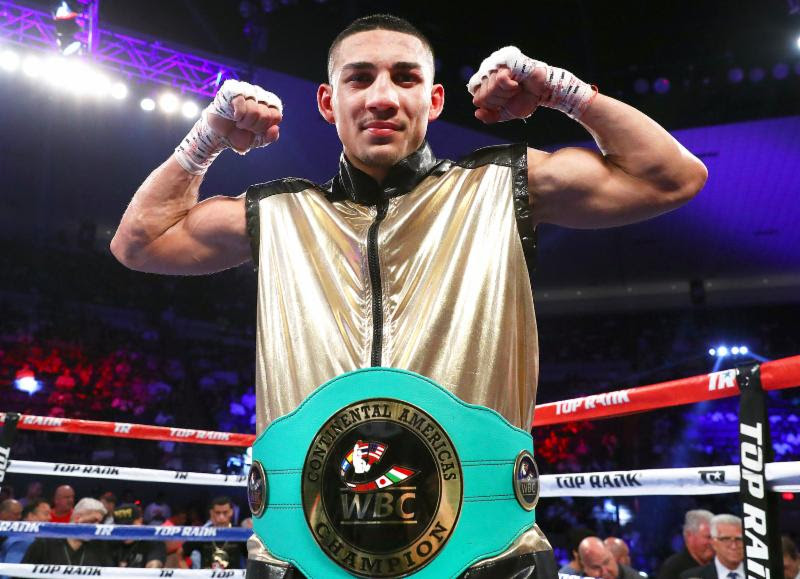 Teofimo Lopez announced himself to the lightweight division with an impressive 6th round stoppage over William Silva.

The bout, which was the co-feature bout on ESPN, took place on Saturday night at The Lakefront Arena in New Orleans.

Despite breaking his hand, Lopez was dominating in taking out Silva, who came into the fight with a 25-1 record. Silva, who had never been knocked down in his career, hit the canvas three times, including the end which came 15 seconds into the 6th frame.

Lopez is now 10-0 with eight knockouts 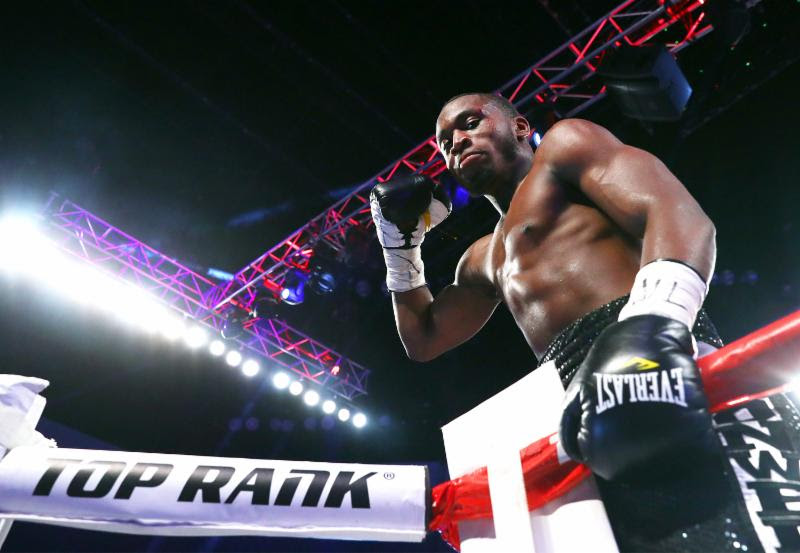 2016 U.S. Olympian Charles Conwell (8-0, 6 KOs) was equally as impressive by stopping Travis Scott in the 2nd round of their junior middleweight bout.
In a bout which was supposed to be a step-up contest for Conwell, saw the undefeated Cleveland native land a perfect left hook to the body that sent Scott down for the ten-count in the 2nd stanza. 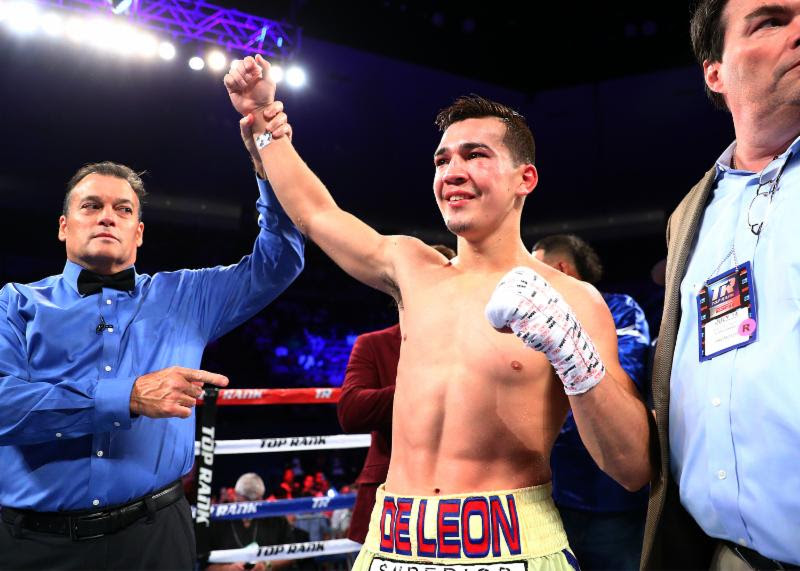 Undefeated and world ranked Erick De Leon showed guts and heart to win a 10-round unanimous decision over Adrian Young in a super featherweight bout.

DeLeon dislocated his shoulder when he fell in the 1st round, and then came back to dominate and win the remaining nine rounds, with final scores of 98-91 and 97-92 twice.

De Leon was able to fight on despite the severity of the shoulder injury which required hospitalization following the fight. 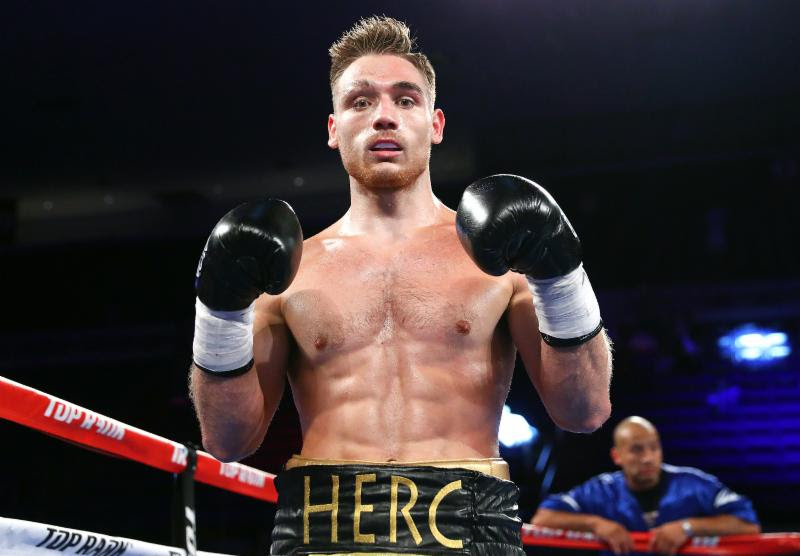 Also in New Orleans,super middleweight Tyler Howard of Crossville, Tennessee made it 15-0 with 10 knockouts by registering a 2nd round stoppage over Javier Frazier. 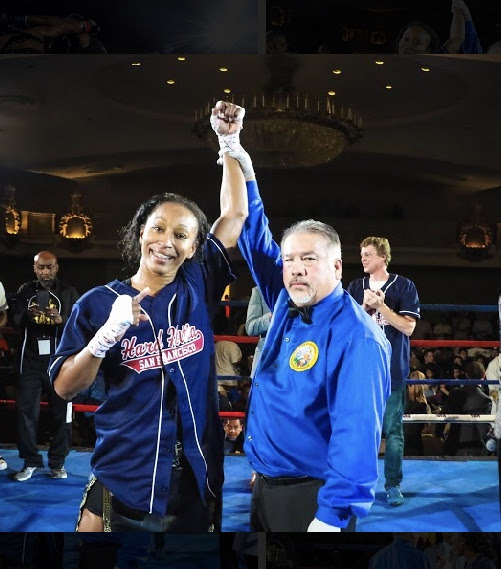 Raquel Miller remained undefeated by winning a six-round unanimous decision over Tifffany Woodard in a middleweight bout. The fight took place at the Fairmont Hotel in Miller’s hometown of San Francisco.

Miller won by shutout scores of 60-54 on all cards to raise her unblemished mark of to 7-0. 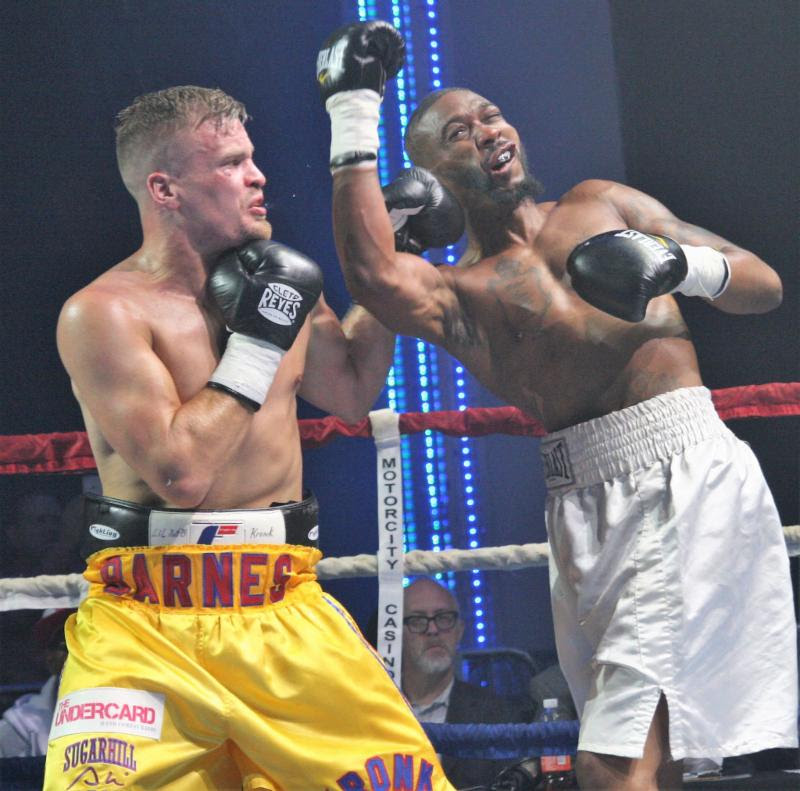 Anthony Barnes won a six-round majority decision over Dwayne Williams at The Motor City Casino in Barnes’ hometown of Detroit.

“It was a great weekend for Split-T Management. I am proud of these six fighters. They all rose to the occasion, and stayed undefeated. It shows the type athletes that we manage, and we look forward to many more weekends like this and continued success for the future,” said David McWater, CEO of Split-T Manager.