Tyson Fury vows to cut out clowning against Francesco Pianeta: I won’t even smile once! 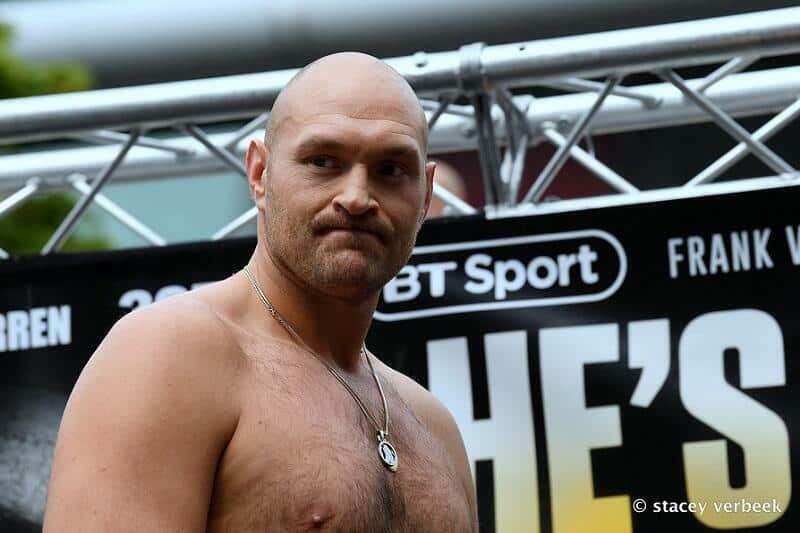 TYSON FURY HAS vowed to abide by team orders and keep it strictly business when he turns to the second chapter of his comeback story against Francesco Pianeta in Belfast on August 18.

The former world heavyweight champion took showboating to a new level in the first of his return bouts against Sefer Seferi at the Manchester Arena in June, first setting the mood for the evening by planting a smacker on the equally game for a laugh Albanian.

Tyson now reveals that, for his duel with former world title challenger Pianeta, his trainer Ben Davison wants him to have his serious head on and not play to the expected sell-out crowd at Windsor Park, which also plays host to Carl Frampton defending his WBO world interim featherweight title against Luke Jackson as well as the WBC world flyweight title challenge of Paddy Barnes to the champion Cristofer Rosales.

“We saw the joker in the last camp, we saw the showman, the entertainer,” explained the 29-year-old. “Ben wants a serious approach this time and that is what he’ll get. All business in Belfast!

“Everything is great, but if he wants me to be serious about this fight then I will be serious,” added Tyson, who reflected that he doesn’t have much of a track record when it comes to playing it straight.

“I’m not serious about anything in my whole life, everything is like fun and games – even Klitschko. I wasn’t serious – I was doing all dance moves, everything.

“But listen, if Ben wants serious, Ben will get serious. I’ll go in there and do my job and that’s it.

Frank Warren echoes the thoughts of trainer Davison and the Hall of Fame promoter believes Tyson is more likely to stick to the script because of the more perilous nature of the assignment this time around.

“I don’t believe we will have him playing up to the crowd on this occasion because he will need to be more business-like in a riskier fight and also because of his desire to start putting a marker down once again in the heavyweight division.”