Finkel has revealed his team will send a contract back to Matchroom by Friday.

Finally, Finkel wanted to give his side to some recent comments by Joshua’s promoter Eddie Hearn.

“First of all, I want to make it clear that Deontay Wilder wants this fight more than Anthony Joshua does, which is evidenced by the fact that Wilder accepted a flat purse for this fight, which is unheard of for a fight of this magnitude.  He also has accepted to fight Anthony Joshua in the UK.

“In contrast, Anthony Joshua did not accept a $50 million-dollar offer (which Joshua originally asked for) plus a percentage to fight Wilder in the U.S,” Finkel exclusively told World Boxing News in a call on Monday.

“Eddie thinks I dislike him. He is wrong. I have a difference of opinion with him of what a fact is.  When I state something is a fact, I have written proof to back it up. I dare Eddie to do the same.

“To clear up one other fallacy, Eddie knows that they have a written term sheet from us which details our $50 million-dollar offer for Anthony Joshua to fight Deontay Wilder in the U.S. We have never received from them a response to this term sheet.” 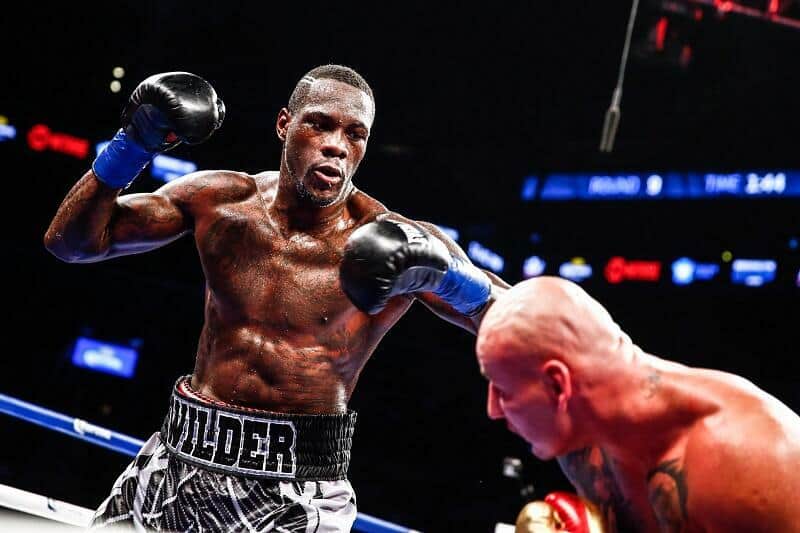 Below is the correct chronology of where we are with the contract for the Anthony Joshua Deontay Wilder mega-fight:

On June 11, 2018, Deontay Wilder accepted Matchroom’s offer to fight Anthony Joshua in the UK. This took Matchroom by surprise, never thinking that Wilder would accept their below-market offer.

On Tuesday, June 19th, we requested clarification of two points. They did not respond.

I requested them again on Thursday, June 21st, and we finally responded on Friday, June 22nd.

Two days later, on Sunday, June 24th, I sent them a letter acknowledging Eddie’s email of June 22, telling them they would have the contract back by Friday, June 29th.

“Since the contract did not state the date or the venue, I also asked for that information.

“These are the facts, and Matchroom will have the contracts back to them by Friday, June 29th,” he added.

All being well, fans can begin to look forward to one of the biggest heavyweight fights of the last two decades.

That date and venue mentioned by Finkel will be revealed once Joshua and Wilder have signed their portions of the deal.