Canadian boxing fans will have the opportunity to watch the long-awaited return of the “Gypsy King,” undefeated former unified heavyweight world champion Tyson Fury this Saturday against Sefer “The Real Deal” Seferi in the 10-round main event, airing in Canada exclusively on Super Channel, live from Manchester Arena in Manchester, United Kingdom.

“We couldn’t be more excited to be bringing this highly anticipated bout marking the return of Tyson Fury to the boxing world, to our viewers,” said Don McDonald, President and CEO, Super Channel. “This is exactly the type of exclusive content that Canadian boxing fans have come to expect from Super Channel Sports and is a welcome addition to our growing catalogue of marquee boxing events.”

The 6′ 9″ Fury became the undisputed world heavyweight champion, securing the IBF, WBA, WBO, IBO and The Ring championships, only to be stripped and/or relinquish his title belts without a single defense. 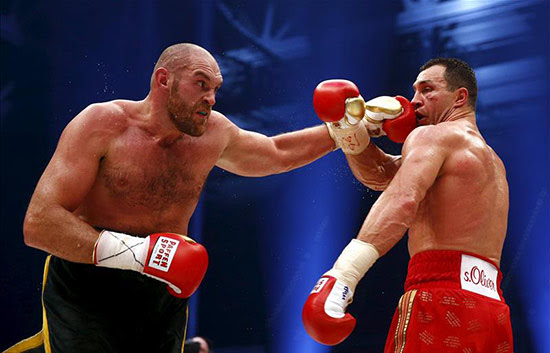 Canadian boxing fans are more than familiar with Fury, who held his extended training camp in Canada, at Hotel Lac Leamy in Gatineau, prior to his April 20, 2013 fight at famed Madison Square Garden in New York City, in which he stopped multiple world champion Steve Cunningham in the seventh round.

“I can’t wait to get in there and prove that I’m a better fighter than I’ve ever been,” the charismatic Fury said. “I’m coming into the prime of my career now and I’ve never felt better. I’m fitter, stronger and faster than the Fury of 2015.

“It’s going to be a huge night for the City of Manchester (where Fury was born). I’m delighted to be fighting at the iconic Manchester Arena for the first time in my career. I’m promising the fans a special performance to thank them for their loyal support.”

Seferi, fighting out of Albania, has suffered only one loss during his otherwise perfect 11-year pro boxing career, losing a 10-round decision in 2016 to future WBA heavyweight world champion Manuel Charr (29-4) for the vacant WBA International crown.

“This is going to be a hard fight for Fury,” Seferi predicted. “I’m very disciplined and always ready to take on everyone and anyone. This will not be an easy night for him. I’m coming to Manchester to beat one of the boxing legends of the 21st century.

“He is tall and strong, but he won’t be ready for the pressure that I will bring. Two-and-one-half years out of the ring is a long time and nobody knows if he is still the same fighter that dethroned Wladimir Klitschko. I am going to seize the opportunity with both hands.”

Three other exciting fights on the “He’s Back: Fury vs. Seferi” card, in addition to the previously mentioned main event and co-feature, will air in Canada exclusively on Super Channel.

To watch “He’s Back: Fury vs. Seferi” live, as well as more exciting boxing to come in 2018, fight fans in Canada can contact their local cable provider to subscribe to Super Channel and all that it offers, including premium series, movies and much more, for as low as $9.95 per month.