Smith is coming off the back of a brutal battle and technical decision loss to former WBC Super Featherweight title holder Francisco Vargas in Vegas, where the Liverpool man sustained a horrific injury to his ear. 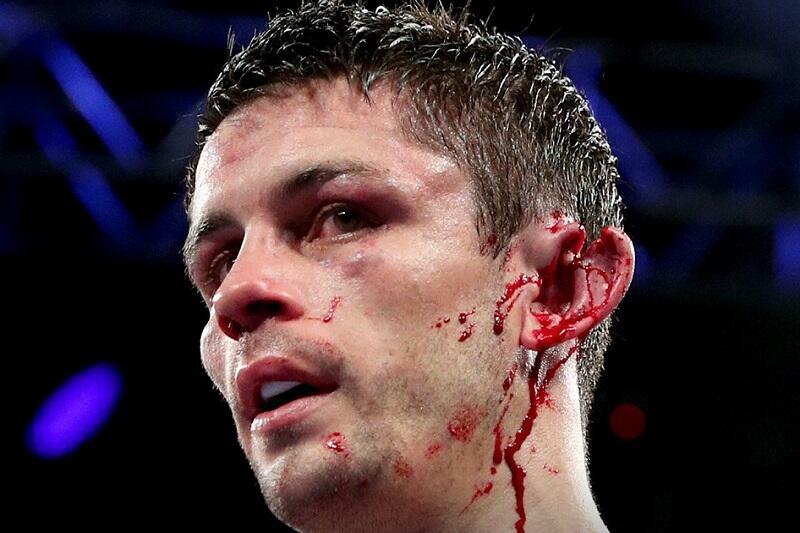 Discussing the recovery process, Smith exclusively told World Boxing News : ”It’s fine now, it’s healed completely, I was signed off medically until mid April, I wasn’t allowed to do anything but its healed now and I’m back to normal.

“I’m fighting fit, I’ve just been on a run, I want to give it one last push and see how far I can get,” he added.

Now his ear is fully healed, ‘Swifty’ can start looking ahead to the next chapter of his career.

“Hopefully I’ll be back in the ring in September, I’d love to fight for the European title held by James Tennyson, I wanted the winner of the Ward-Tennyson and Tennyson won.

“I understand I need to get back to winning ways before I can start calling people out though,” pointed out Smith.

‘Swifty’ has come up short in two world title tilts in the past couple of years against Jose Pedraza – and more recently Jason Sosa, but he still has one eye on getting back in the world title mix.

“I am hoping it will be third time lucky for the world title, it’s something I’ve dreamt of since I was a kid and I know, obviously I’m running out of time.

“I’ve got two kids and I am planning on having more and I want to get out the game with my faculties intact and make money to have a good future with my kids.

“I want one more go and get to that world level once more, it’s been a difficult weight division at one time there was Lomachenko, Gervonta Davis, Berchelt and Corrales, all with world titles.

“I want to give it one more go and I think the European title will be a good stepping stone to do that,” he concluded.

It will be another hard road for the popular scouser, but it is a well-trodden one and Smith will hold out hope that third time’s a charm when the time comes.