The four-weight world title-holder went public with the $6.5m package deal. It equates to Broner fighting a trio of bouts from September 2018 to September 2019.

Broner was rumored to be one of Hearn’s top targets when the Brit promoter landed a massive US streaming contract with Perform (who runs DAZN).

Although it seems ‘The Problem’ was far from impressed with the approach. 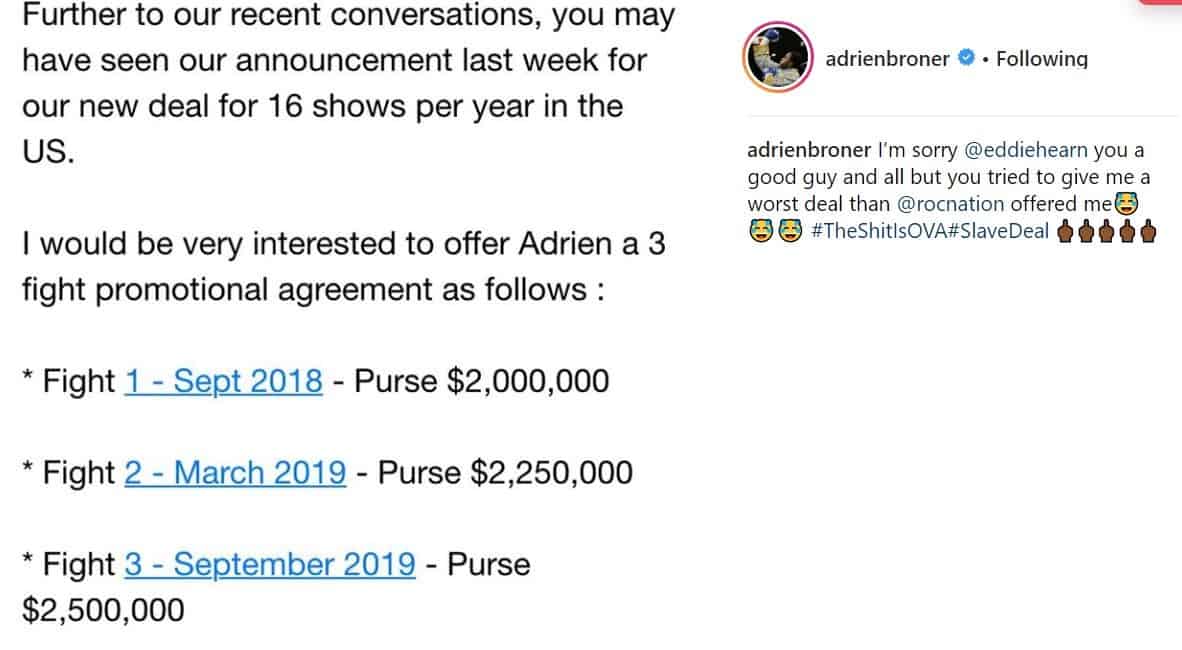 The American went public, posting the ACTUAL email on his Instagram account. The move left Hearn red-faced after being dismissed out of hand by the world-rated 140-147 pounder.

“I’m sorry, Eddie Hearn. You a good guy, but you tried to give me a worst deal than Roc Nation offered me. #TheShitIsOVA#SlaveDeal ??????????”, posted Broner.

Never one to mince his words, Broner is more ‘About Billions’ than millions as his slogan states, although with a draw against Jessie Vargas to his name recently may be open to an improved proposal.

A fight against Amir Khan was said to be part of the offer, which eventually could have lead to another world title shot, but this means Hearn will have to look elsewhere or improve his terms significantly.