Friday night will see the second match of Season VIII play-offs kicks off, as the France Fighting Roosters welcome the powerful Cuba Domadores in Salle Wagram. It will be some fascinating night in Paris, full of Olympic medalists and awaited powerful performances between two of the strongest teams in WSB history. 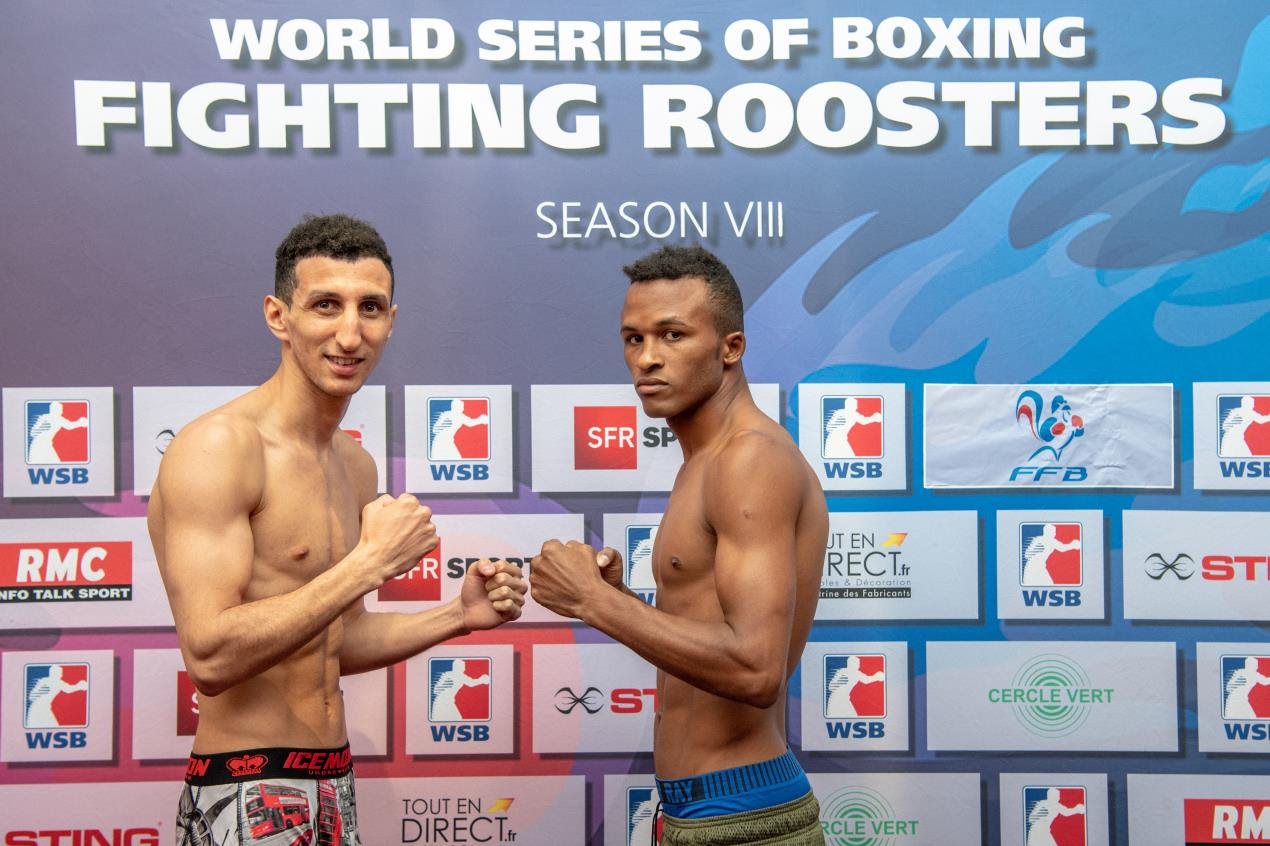 In Paris, it will be the C2 weight category opening the semi-finals with the flyweight (52 kg), lightweight (60 kg), welterweight (69 kg), light heavyweight (81 kg) and super heavyweight (91+ kg) ready to rumble in front of the French fans.

The French team, winner of the first Season of WSB, booked their best boxers to face the almighty Cuban, including Rio 2016 silver medalist and one of France’s favorite boxer Sofiane Oumiha (60 kg). Their squad also includes a selection of two foreign boxers, Spanish Gabriel Escobar and Romania’s Mihai Nistor.

“The France Fighting Roosters team is raring to host this semi-final against the Cuban dream team. Of course, the challenge is big for us and we will be fully prepared to compete against one of the most recognized team. It is a huge opportunity for the boxers to defy some of the best opponents in WSB, but also for the fans, who will witness this match in our iconic Salle Wagram”, said Brahim Asloum, General Manager of the Fighting Roosters franchise.

Two-times WSB champions Cuba Domadores, on the other hand, will arrive to Paris with none the less than 3 Olympic medalists, including one of Cuba’s most popular boxer right now, Julio La Cruz (81 kg). The night in Paris seems promising and the fans will be thrilled by the bouts of Friday, which will set the tone for next week’s leg 2.

“To be part of this team competition has always been a pride for the Cuban team. WSB has involved and developed to one of the most appealing events for Cuba and the boxers love this format, which help them grow as athletes. This year again, the team reached the play-offs with success and is looking forward to going to Paris for the semi-finals. We have a great line-up packed with boxers on the top of their form ready for the action against the French team”, said Mr. Puig de la Barca, General Manager of the Team and President of the Cuban Boxing Federation.