JOEL “BIG JOE” DJEKO (now 13-2-1 7KO’s) took to the bright lights of the Versluys Dome in Ostend, Belgium in search of not only his 13th victory, but the IBO Continental Cruiserweight title.

Across from him stood no easy task in undefeated Argentine, MARIANO GUDINO (now, 12-1 7KO’s).

Gudino came out of the gate fast, using his quickness to evade the attack of Djeko. Through the first half of the fight, it was an even grudge match as Djeko and Gudino consistently exchanged blows at center ring, bringing the fans to their feet.

By the sixth round, Djeko began to find his mark, advancing on Gudino, landing devastating combinations on the Argentinian. Hurting Gudino in both the seventh and ninth round, with two flush left hands that found a home on his temple, the Argentine showed a relentless will, unwillingly to go to the canvas. 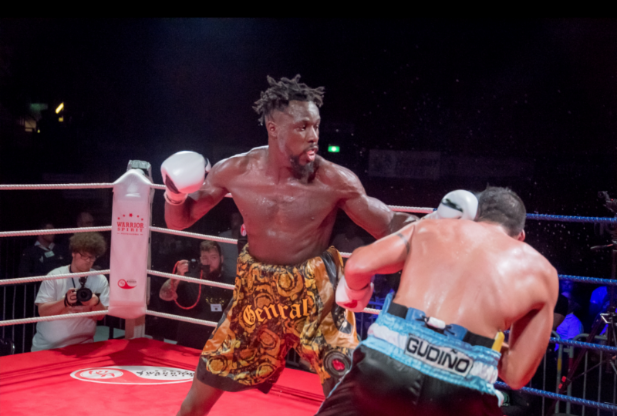 The battle went to the judges, in which all three scored in favor of BIG JOE, 96-93 (3x), earning Djeko the unanimous decision victory over the previously undefeated Gudino, and the title of IBO Continental Cruiserweight Champion.

STAR BOXING CEO JOE DEGUARDIA had this to say about Djeko’s performance, “Joel put on a great show in Belgium. He deserved to win the title and we are proud to represent the newly crowned IBO Continental Cruiserweight champion. He has put the division on notice, and I believe he will be a force to be reckoned with at the elite level of the Cruiserweight division.”