Saturday’s action will see the Indian C2 weight categories taking on the impressive Patriot Boxing Team which, already secured their spot in between the best 8 teams of the Regular Season, even though they have 1 match left to fight. The Russians arrive in New Delhi after a dreamed regular season, counting 4 victories and only 1 defeat on their record, with the clear objective of closing the Group Stage with a victory to fill their confidence tank before the knockout rounds of Season VIII. 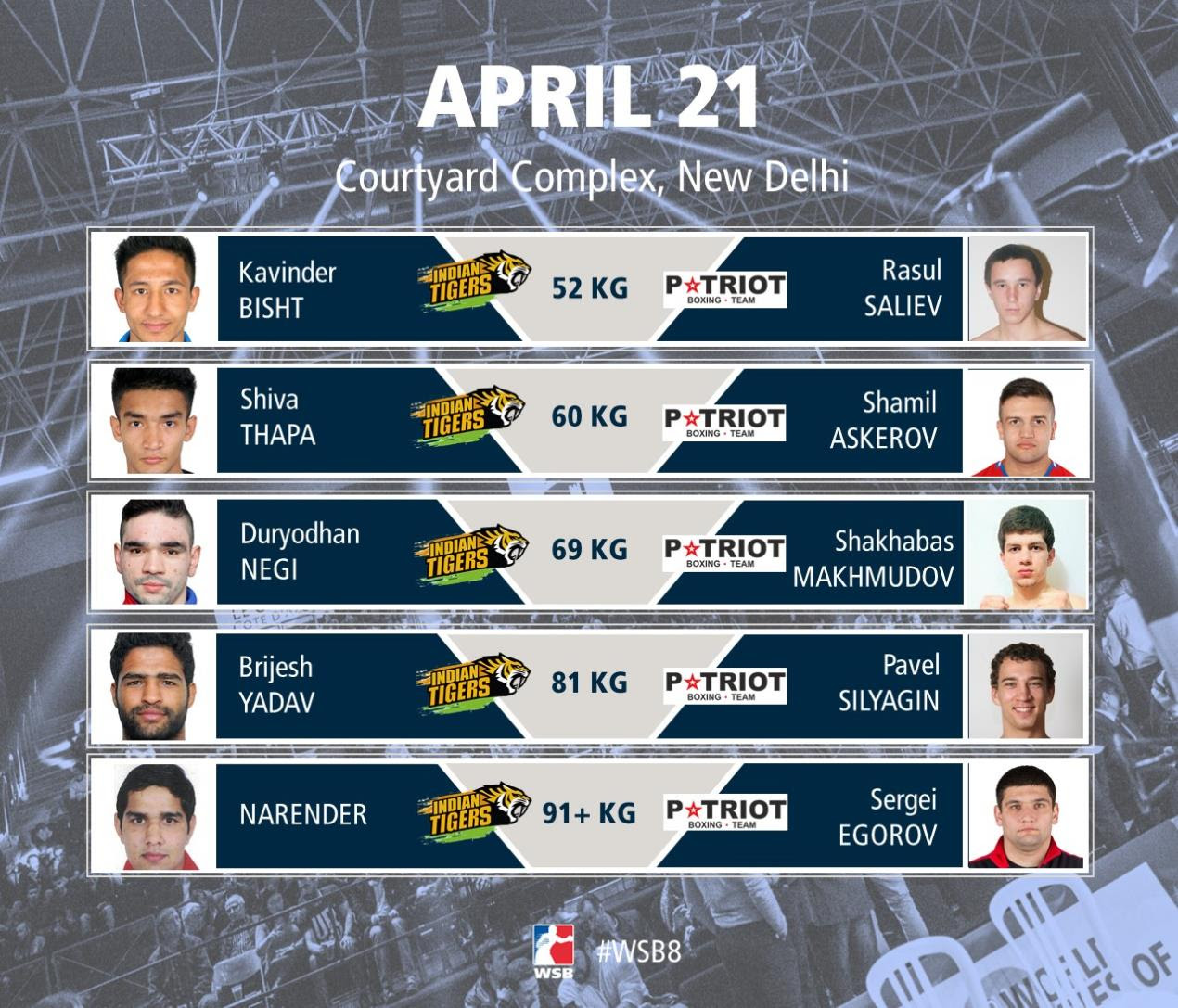 Big weekend ahead for the Indian Tigers as the WSB newcomers will host a double weekend of action in New Delhi with their latest hopes to reach the knockout stage at stake. After facing the powerful Patriot Boxing Team on Saturday, the Tigers will take on the China Dragons on Sunday with the C1 weight categories jumping in the ring.

With the Indian Tigers required to win, the magic connection between the boxers and the local crowd will play a huge role having the potential to drive the Tigers all the way to the victory and perhaps the WSB Season VIII Playoffs. 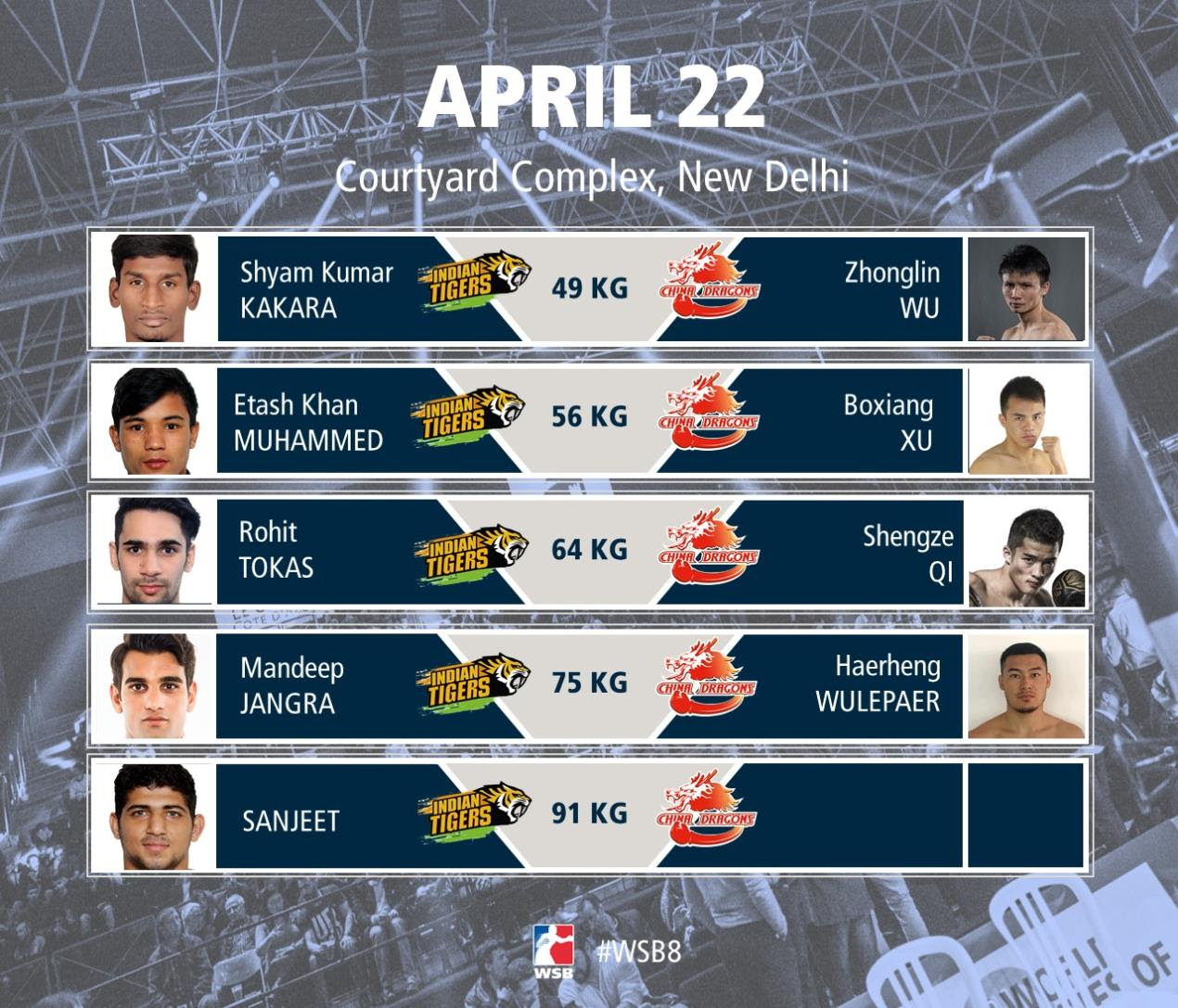