Undefeated junior welterweight Mykal Fox will continue his towards being a top contender when he takes on Anthony Mercado in the eight-round main event of a card that will take place on Friday, May 11th at the SugarHouse Casino in Philadelphia.

The card is promoted by King’s Promotions.

Fox of Forestville, Maryland has a record of 16-0 with four knockouts.

The 22 year-old Fox is a four-year professional, who has been a min event fighter for the better part of two years.

Fox is coming off an eight-round unanimous decision over Ricardo Garcia (14-1) on February 13th in Bethlehem, Pennsylvania.

Mercado of Arecibo, Puerto Rico has a record of 11-3 with 10 knockouts.

The 23 year-old Mercado is a six-year professional, who is coming off a 3rd round stoppage over Crawley (7-0) in a bout that took place on March 2nd at The SugarHouse Casino. 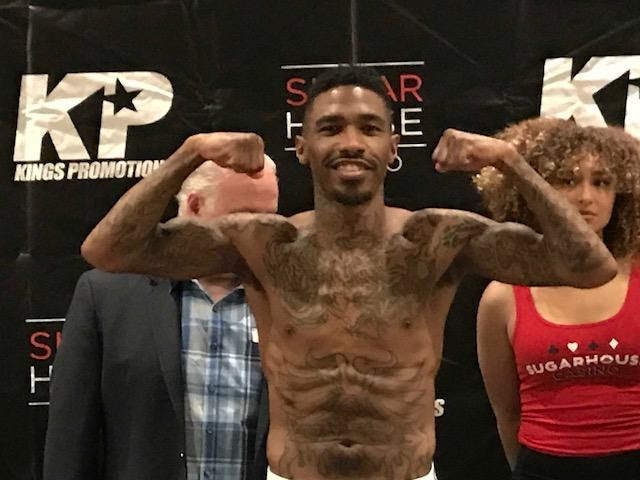 Crawley of Philadelphia has a record of 7-1.

The 32 year-old son of former world title challenger Tyrone “Butterfly” Crawley is a six-year professional, who will be looking ti get back in the win column after being forced to retire in his bout with Mercado with a wrist injury.

Ramsey of Springfield, Massachusetts has a record of 8-3 with 4 knockouts.

The 28 year-old Ramsey is a six-year professional who has wins over undefeated fighters Edwin Soto (9-0-2) and Divante Jones (9-0).

Ramsey is coming off being stopped by Josue Vargas on March 10th in Brooklyn, New York.

Returning to the ring will fighter-turned ring announcer, Alex Barbosa (5-3-1, 1 KO) of Philadelphia in a four-round super bantamweight bout.

Also scheduled to appear will be bantamweight Romuel Cruz (1-0, 1 KO) in a four-round bout.

A full undercard will be announced shortly.