Currently standing first in Group Europe and with only two matches left in the regular season, the Roosters take on Italian rivals in historic Salle Wagram on Friday night. The French team is already guaranteed a place in the play-offs but a win against Italia Thunder could help them keep on the top of the overall ranking of the group stage. 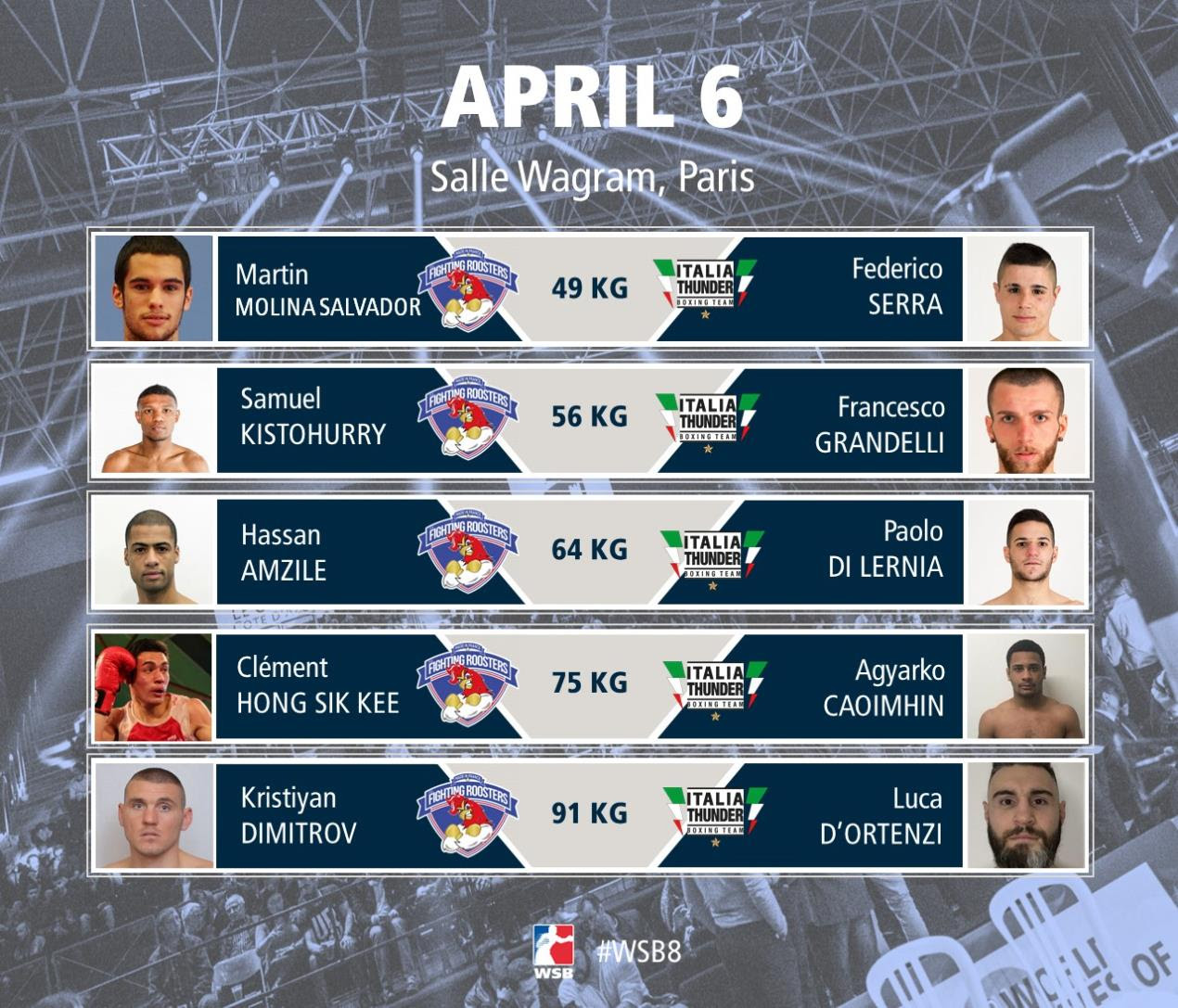 Newcomers Croatian Knights to meet Season VI finalists British Lionhearts in the city of Zagreb on Friday night, knowing that only a win will do in pursuit of a shot at the play-offs. The Knights were dramatically beaten 5-0 in Week 3’s away fixture in Gateshead and will field a determined line-up in their bid to keep in check with their opponents with what would be their first win of the season. 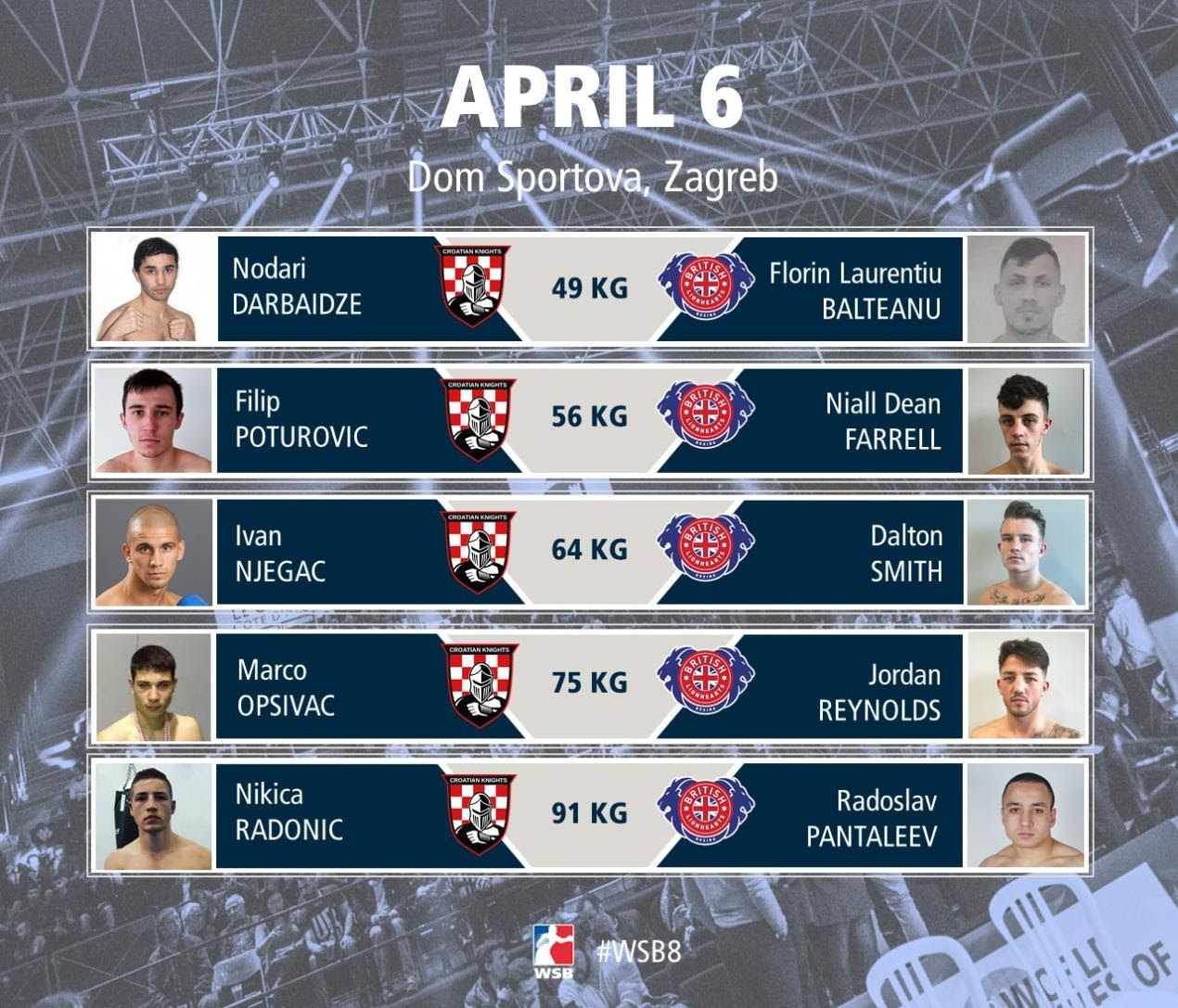 On Friday night, China Dragons will welcome 3-times WSB champions in Guizhou for their third match of the season. The Dragons were beaten by Russia Patriot Boxing team on week 8 and 9 and are looking for their first win in this season, but the Arlans will come fully confident after their victory in away fixture in India on Week 8. 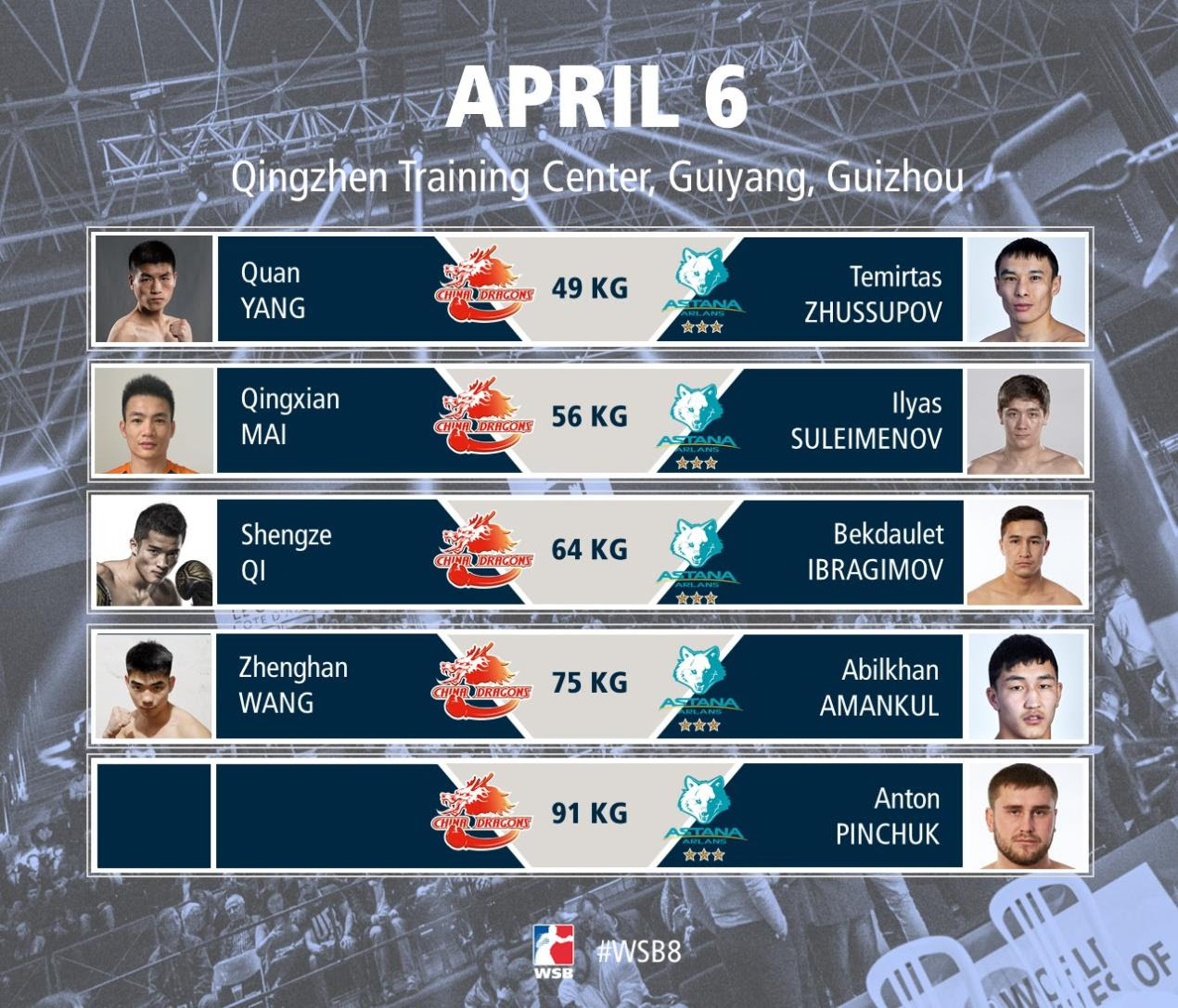 Uzbek Tigers will have their last match of the regular season in city of Termez against Caciques de Venezuela, both team are seeking for the last points they can get to reach the play-offs. The fans will witness great boxing action, as the two teams will meet during two matches within one evening in front of cheering crowd. Both matches will feature great boxers including Olympic medalists, but the most awaited bout will be between Olympic gold medalist Shakhobidin Zoirov and Olympic bronze medalist Yoel Finol. 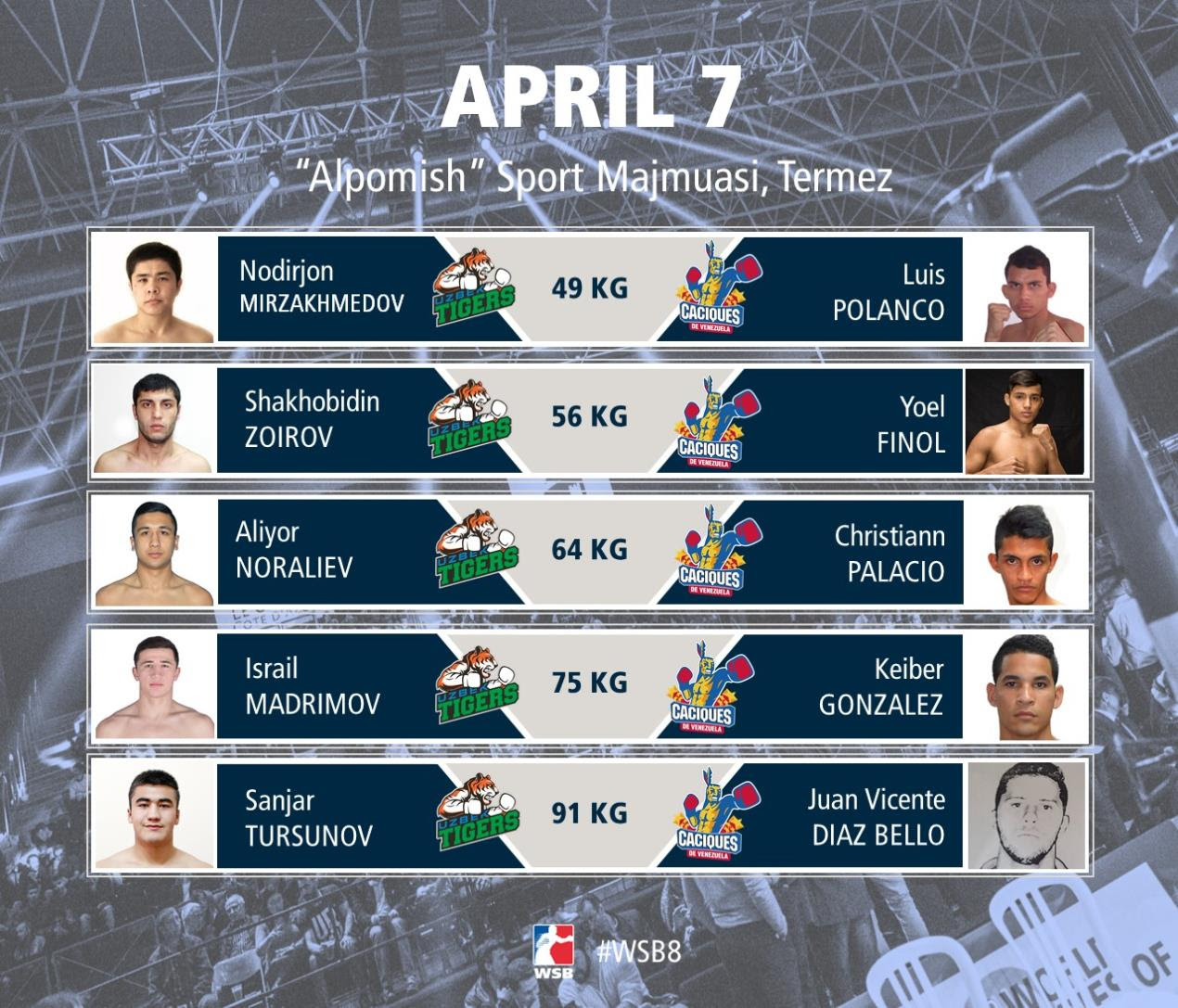 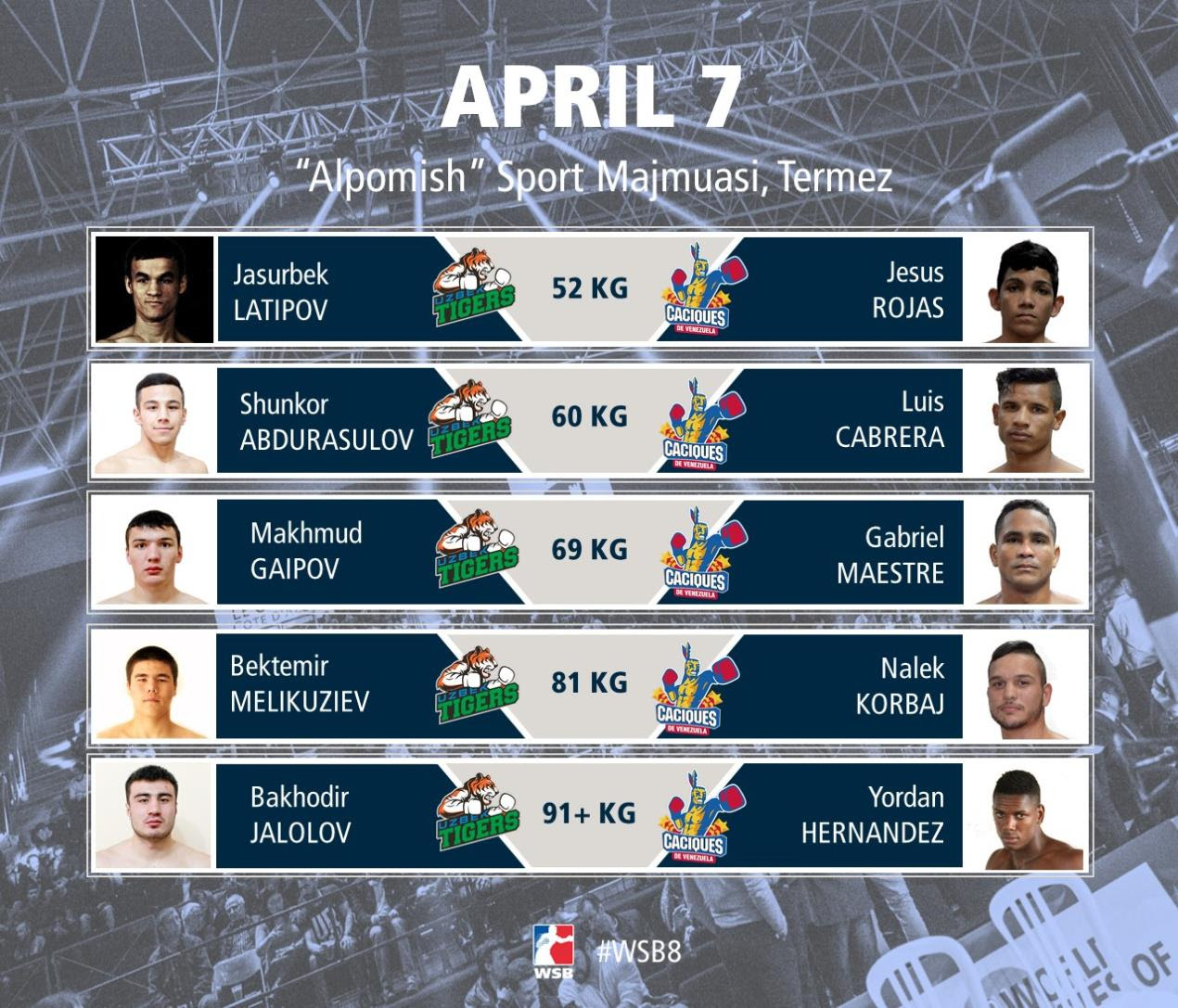