The Caciques of Venezuela take on rivals the Cuba Domadores on an epic weekend for Group America, as the South American team will be ready to put on a good show in front of their home fans for two consecutive nights of boxing in Vargas. The Caciques will field their strongest possible line-up to ae one of the most solid teams in World Series of Boxing history, including the 2-time Olympic Champion Robeisy Ramirez among other World Champions. 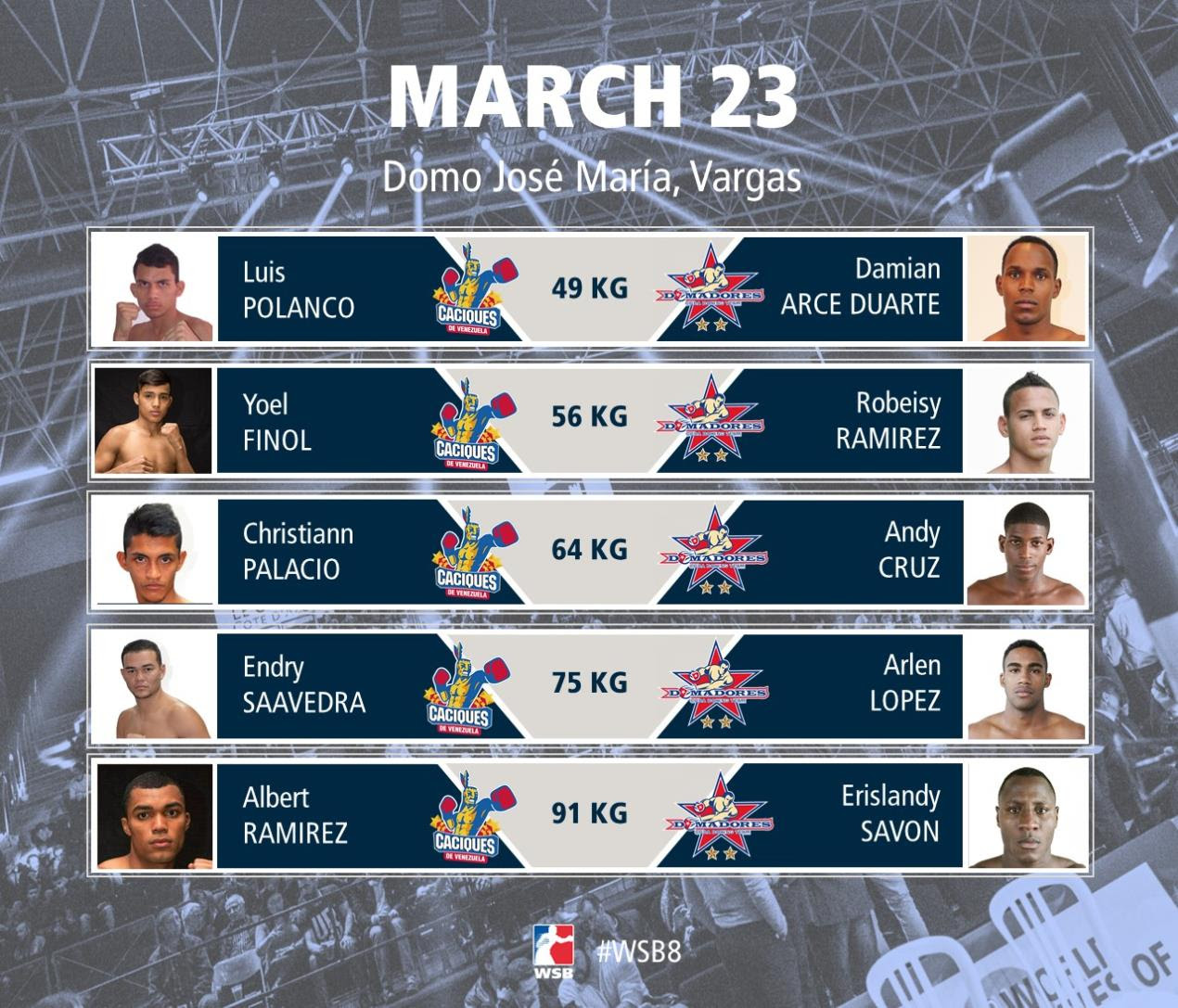 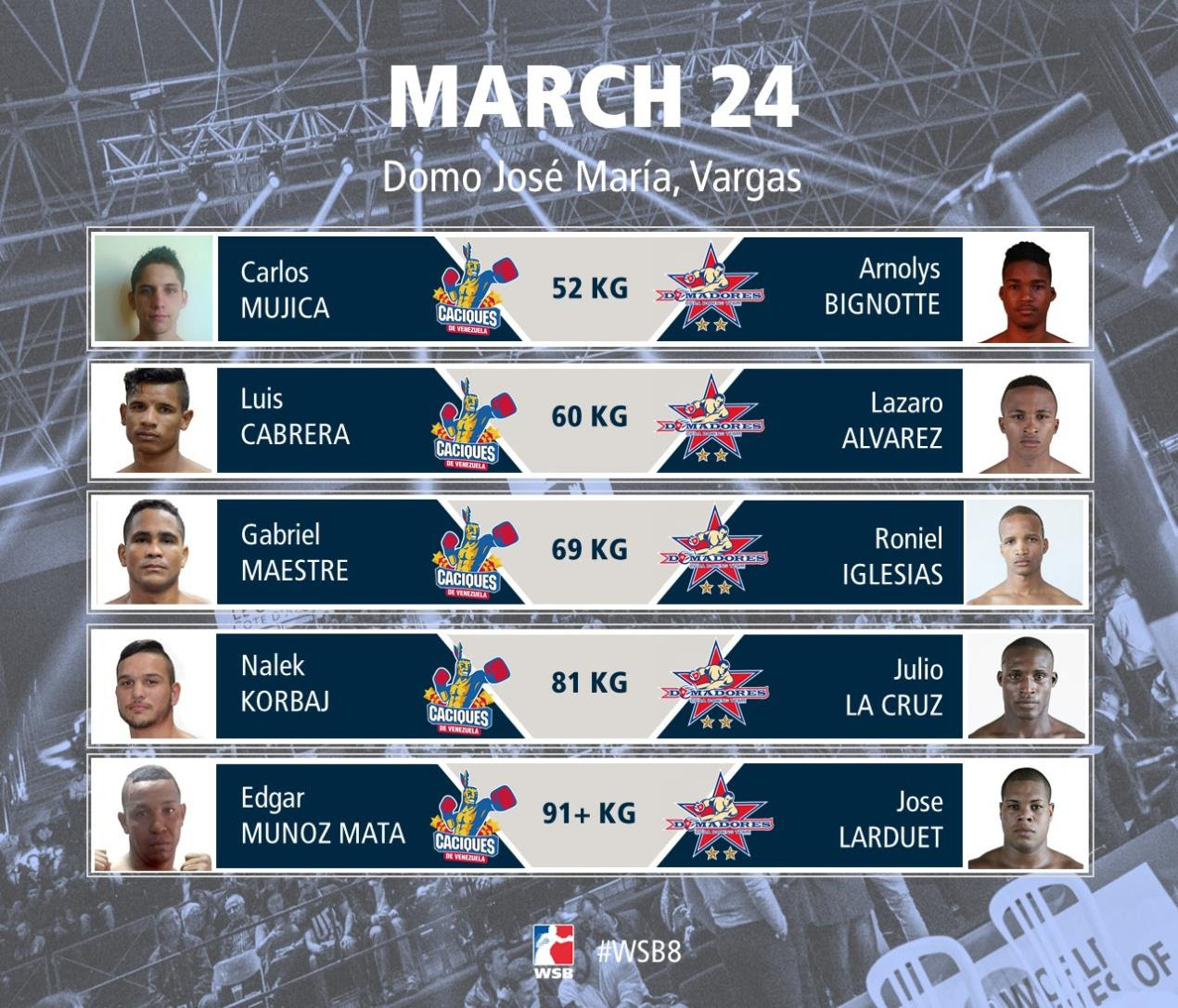 Week 8 of World Series of Boxing Season VIII first night sees the Colombia Heroicos host the Uzbek Tigers on Friday for the second time in this campaign, in a magnificent outdoor setting at the central square of Soledad. The first leg in Week 5 was successful one for the Tigers, who won 4-1 in Tashkent, but both sides will field strong teams as they seek to grab some much needed points to reach the Playoff stage. 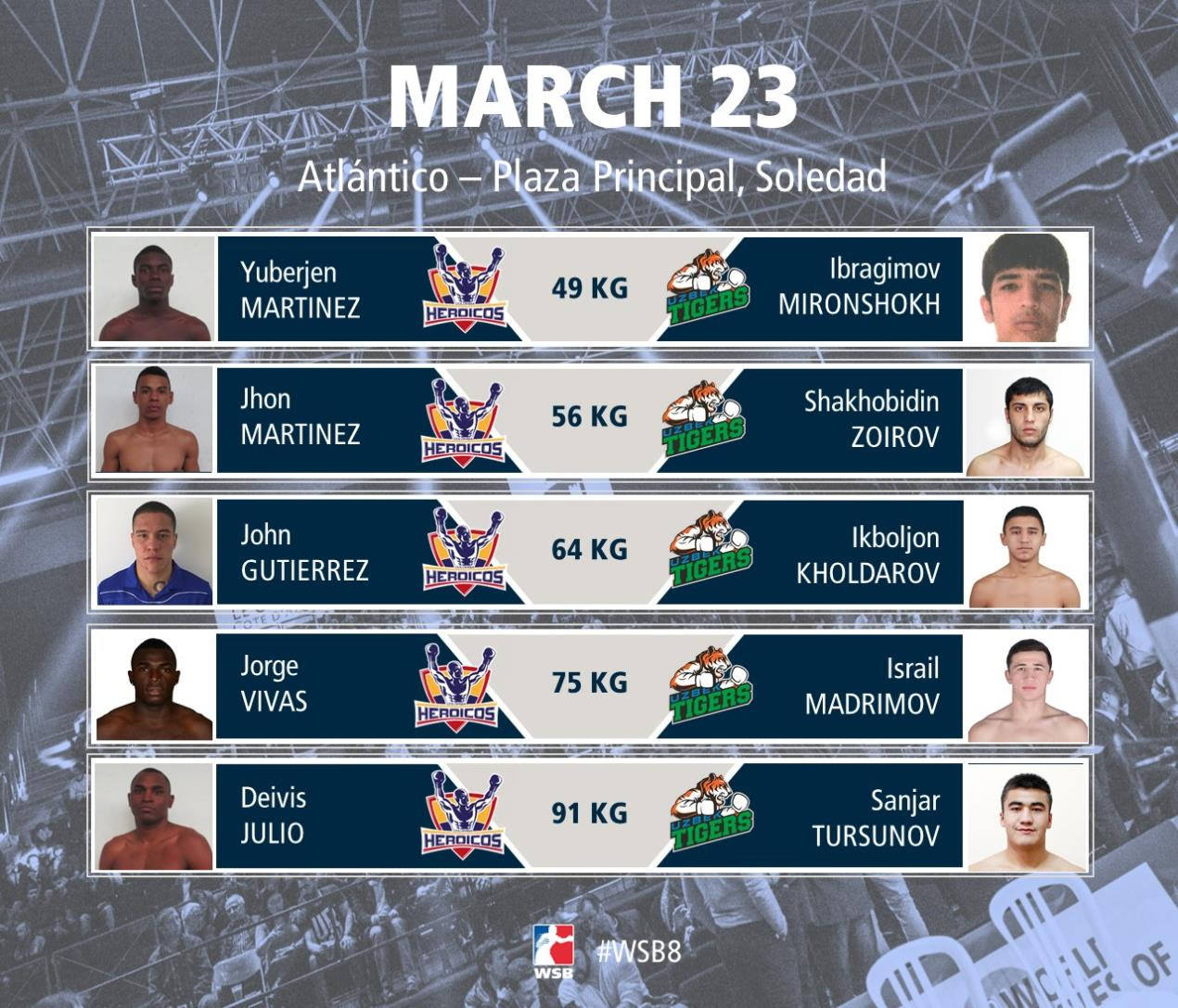 China Dragons have a huge task ahead of them, for their first match of this Season facing the Russian Patriot Team in Nanning City. The Chinese team will have to bring their best performance, as the Patriots are coming in full on confidence after the 5-0 victory against 3-time WSB champions Astana Arlans in Week 6. 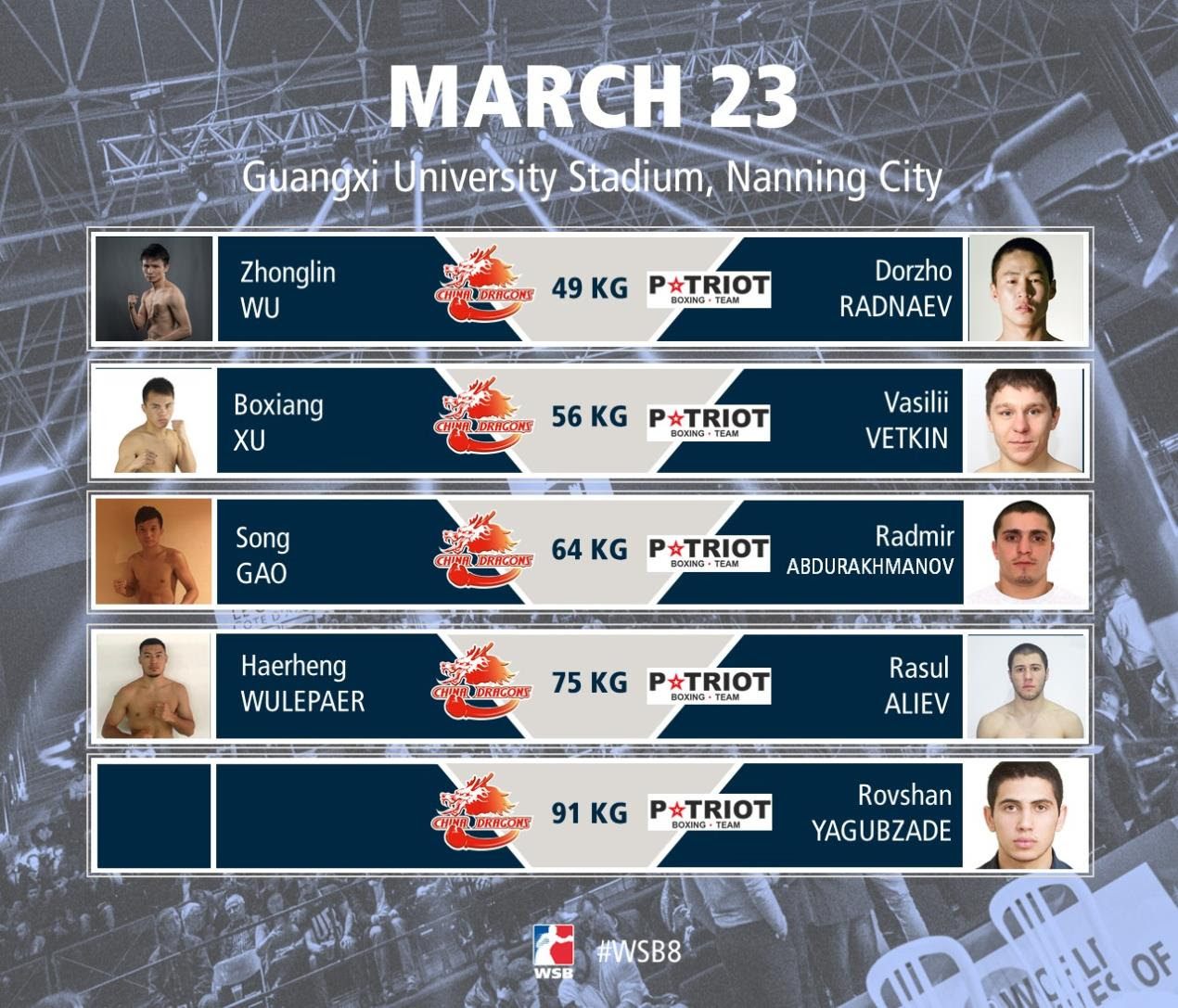 The WSB action lands for the first time in Rohtak, India with the three-time WSB Champions the Astana Arlans Kazakhstan meeting Season VIII’s newcomers Indian Tigers on Saturday night in the newly constructed national boxing academy. The hosts will be looking to avenge their defeat from earlier in the season in Karaganda City. The Arlans have again impressed so far this year, but a rare defeat at the hands of the Patriot Boxing Team in Week 6 shows the Indians that anything is possible as they will be dreaming about what would be a famous victory in front of their home fans. 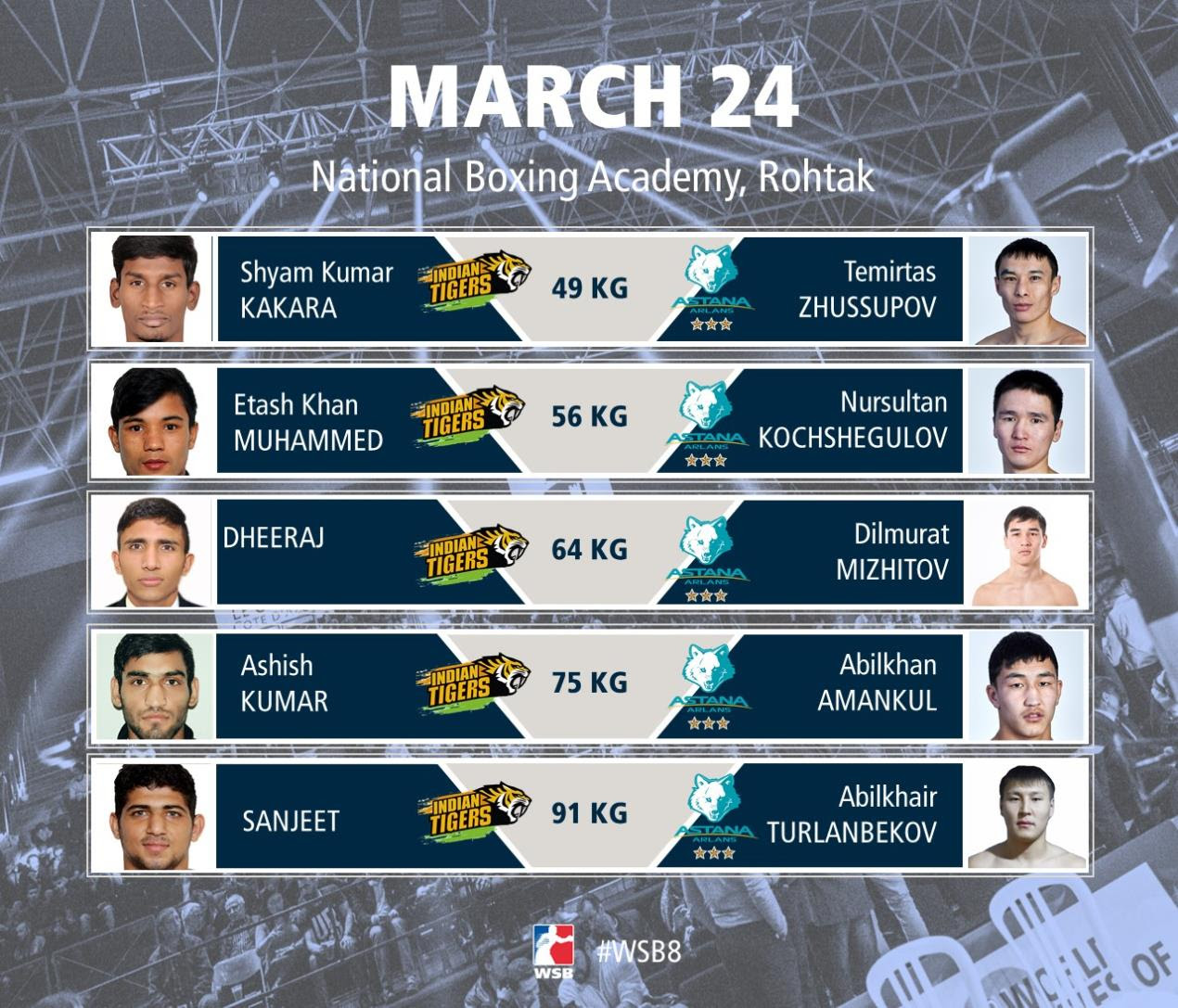