Should Joshua take care of business at the Principality Stadium in Cardiff on March 31, Wilder hoped to stage a head-to-head photo opportunity with previous rivals Luis Ortiz and Tyson Fury.

The confrontation gives fans a reason to get further excited while allowing both fighters to get up close and personal with their prospective next opponent. 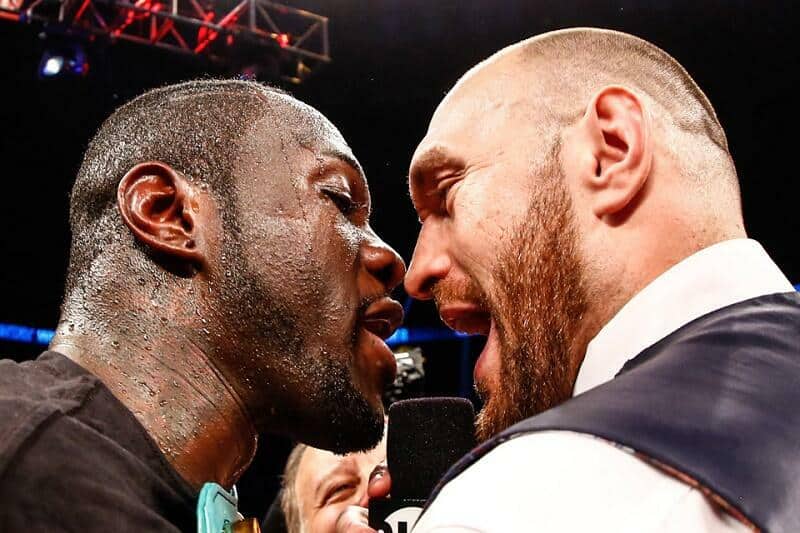 Recently, though, Joshua revealed his disapproval of Wilder’s move, and promoter Eddie Hearn has since backed up his man.

As such, Wilder will NOT be ushered into the ring in front of 80,000 supporters to ask the biggest question of them all – will ‘AJ’ agree to fight him next?

Trainer and manager Jay Deas reacted exclusively to WBN and questioned why Joshua and Hearn have blocked what is usually standard practice for massive contests on US soil.

“I think it’s laughable they don’t want Deontay in the ring after the fight,” Deas exclusively told World Boxing News.

“They know he will ask Joshua to his face, in front of his fans and a worldwide TV audience, the question everyone wants Joshua to answer should he win. That question is, ‘Do you want to give the fans why they want and fight me?’ The second question is, ‘Will it be our next fight?’

“You don’t get to the final two in football, basketball, or any other sport then have one say, ‘well we’re going to play this other team first’ – nonsense!

“The fight won’t get bigger than it will be right now should Joshua win.”

Asked whether he believed it was Joshua or Hearn who wanted Wilder to keep his distance, Deas added: “On our team, Deontay is the boss. He insisted we get Ortiz, and so we did.

“The question is, who is the boss on Team Joshua? Does Eddie work for AJ, or does AJ work for Eddie?

“I personally don’t believe AJ is Eddie’s puppet. But I think AJ is his own man, a great champion who wants to fight the best. I hope I’m right and that he tells Eddie to make the fight. He has the power to do just that.”

Contact regarding a huge five-belt battle in Las Vegas was halted last year between the respective teams. Deas remains hopeful they can reach an agreement for 2018.

“Deontay vs. AJ, it’s the biggest fight in boxing. We don’t need another Lennox Lewis vs. Riddick Bowe super-fight that we never got to see. The sport needs it to happen and now.