In a fight that lasted all of 20 seconds, unbeaten welterweight Roberto Arriaza (16-0, 13 KOs) stormed out of the gate and delivered an assault of punches that knocked out WBO Intercontinental champion Sammy Valentin (13-1, 10 KOs) in the Boxeo Telemundo main event Friday night from Tampa, Fla.

The first round stoppage nets Arriaza the WBO Intercontinental Title and likely a spot in the sanctioning body’s official rankings.

“I knew that Valentin would want to start fast so I just had to beat him to the punch,” said Arriaza, who is promoted by Thompson Boxing. “I landed some strong punches, which dropped his guard, and I unloaded after that.” 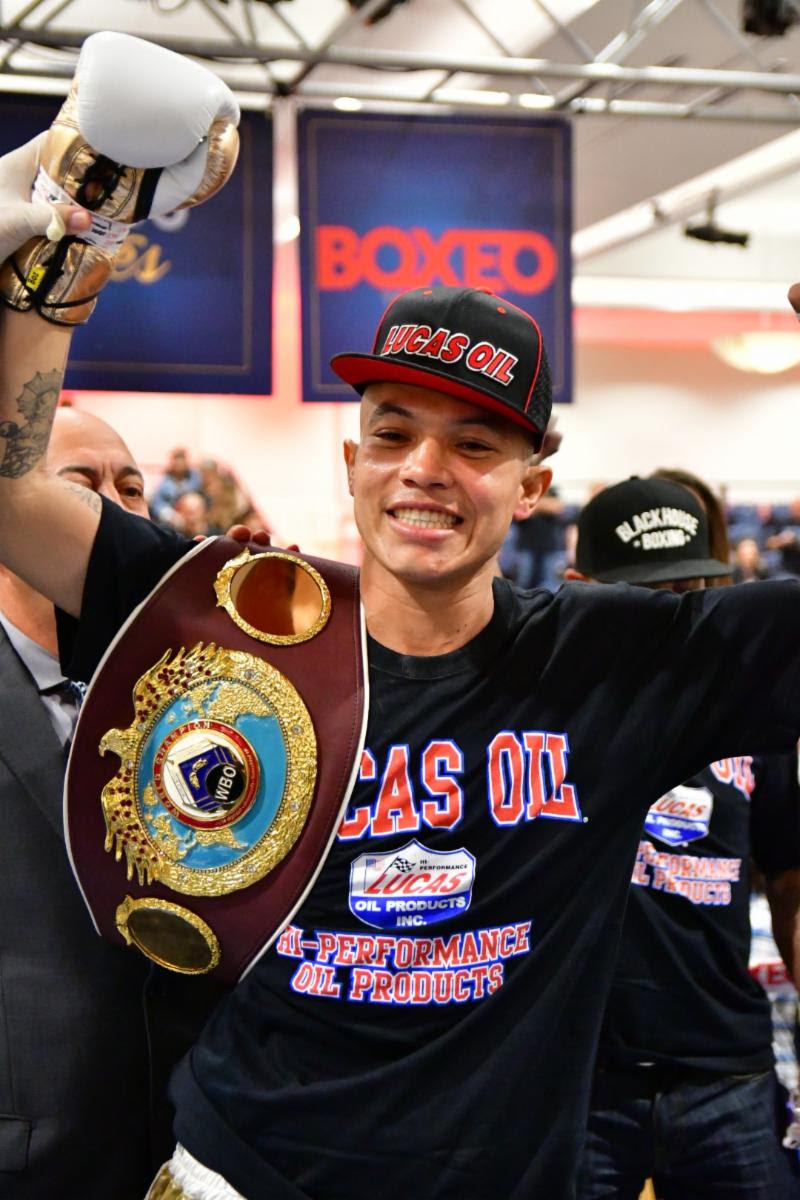 Arriaza, 27, is based in Nicaragua but trained in Los Angeles for his bout against Valentin. It was Arriaza’s third fight in the U.S., but after Friday night’s performance, he may find himself stateside for the foreseeable future.

“We were confident going in, but didn’t expect such a quick finish,” said Ken Thompson, president of Thompson Boxing. “Arriaza came out with such determination that those 20 seconds felt longer. He was brilliant tonight [Friday].”

“Arriaza had a jaw-dropping performance to say the least,” said Alex Camponovo, longtime matchmaker and general manager at Thompson Boxing. “You could tell he was thinking knockout after the first big punch landed. I’m glad he was able to end it early.”

“Hurricane” Sammy Valentin vs. Roberto “Dinamita” Arriaza was brought to you by All Star Boxing, INC., in association with Thompson Boxing Promotions.

The event took place from the Bryan Glazer Center JCC in Tampa, Fla.