Week Seven of World Series of Boxing Season VIII begins in the Palazzetto dello Sport in Milan on Friday, when hosts the Italia Thunder take on the British Lionhearts for the second time this season. The previous matchup between the two teams in week five saw the Lionhearts winning 5-0 in Liverpool, leaving the Thunders’ hopes unfulfilled. But the Italian team has proven over the years that it isn’t over until the final bell rings, as they will be looking for a revenge win in front of their home crowd. 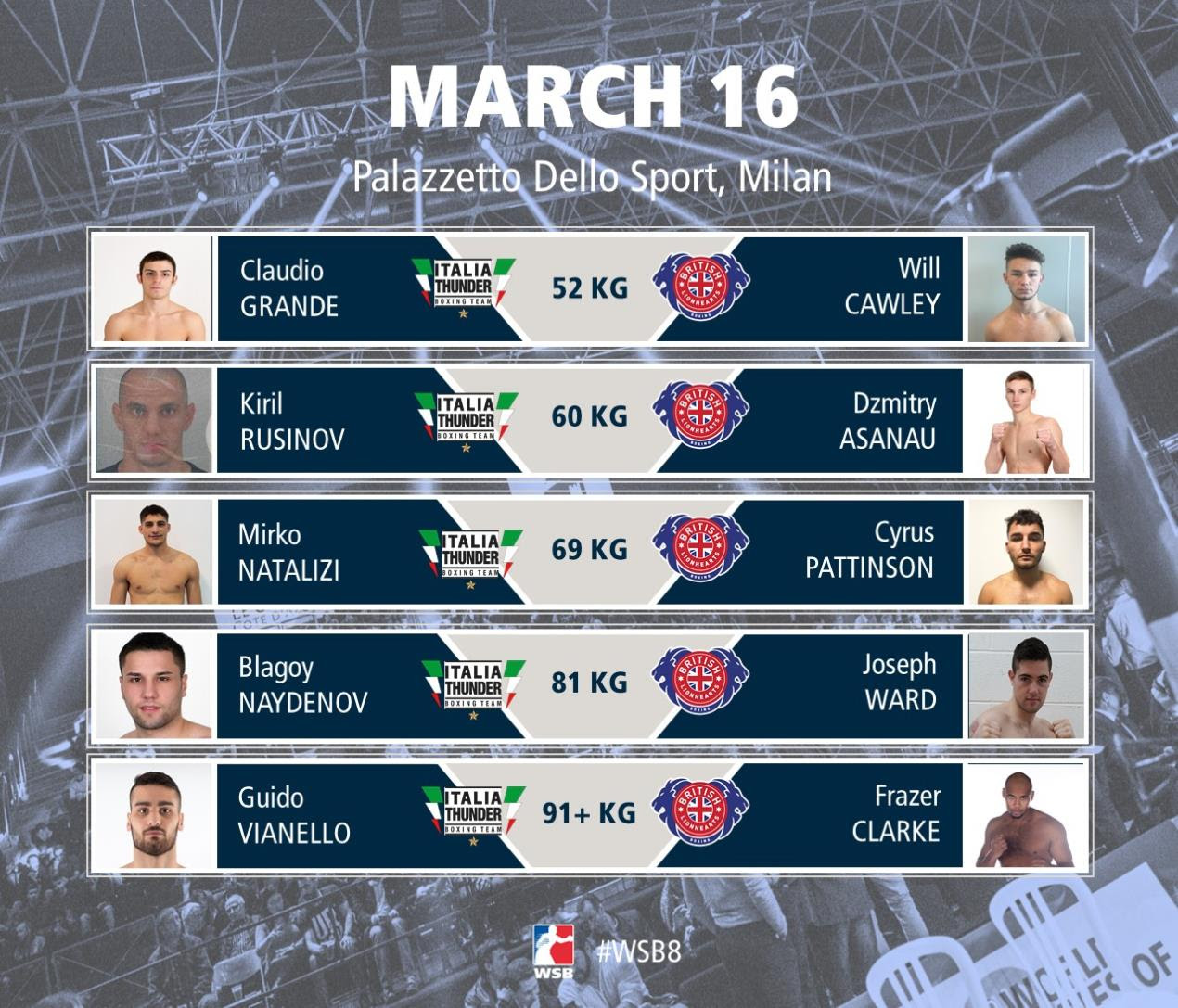 France Fighting Roosters face the newcomer WSB Team Croatian Knights in the city of Paris on Saturday night for the second time of the Season. The strong French team have already beaten the Knights 4-1 in Zadar in week five, another win this week could secure them a guaranteed top 5 spot and an automatic birth into the Play-Offs. The Croatian team on the other hand will field a determined young line up in their quest to win as many bouts as possible and potentially what could be their first win of Season VIII. 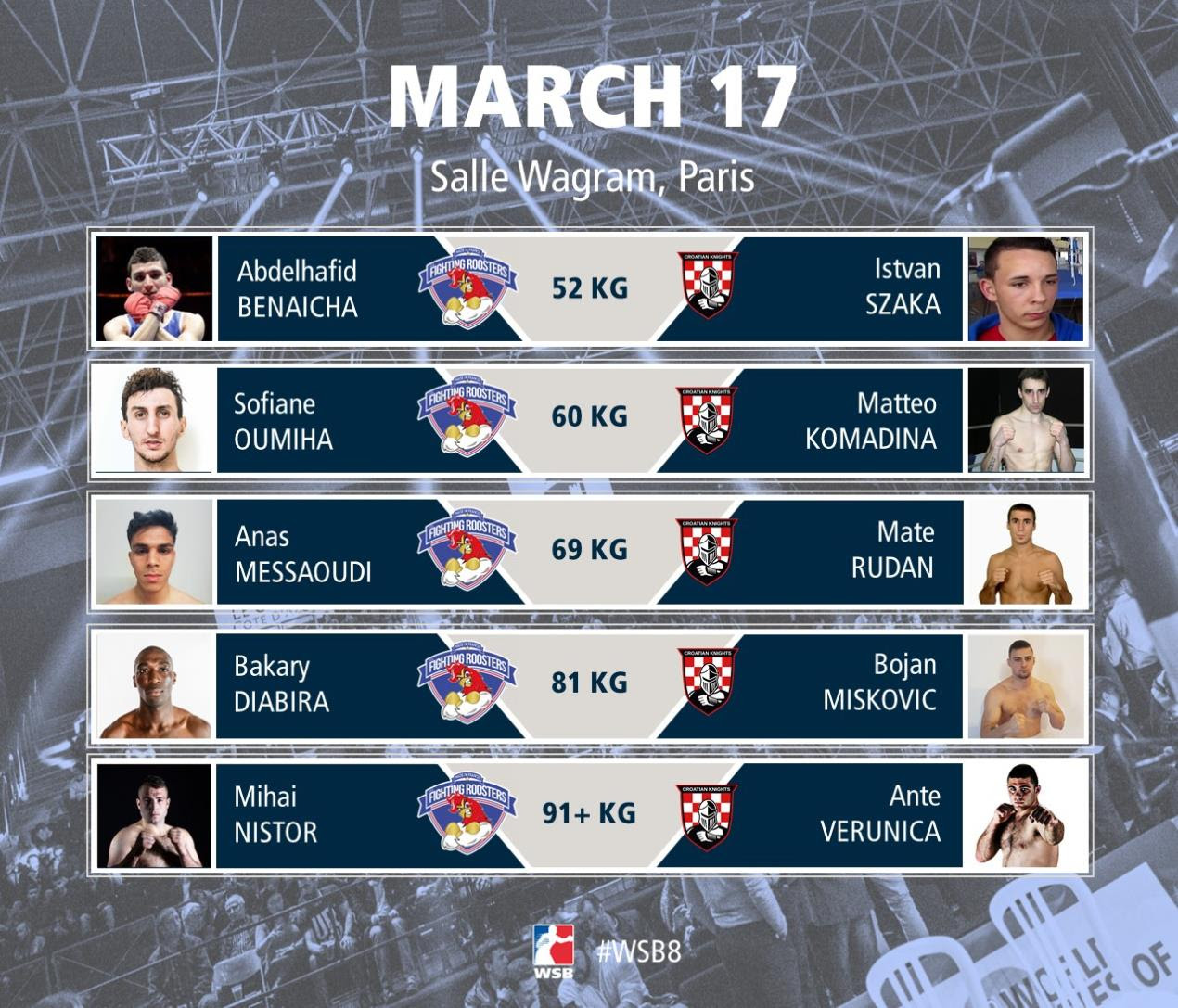