The city of Soledad will be the location for the return match between the Colombia Heroicos and the Caciques Venezuela, with the hosts looking to take their revenge from their Week 3 loss. The Caciques are going into the match with full confidence following their hard fought 3-2 win in Vargas, while their opponents are still on the hunt for their first victory of the season. 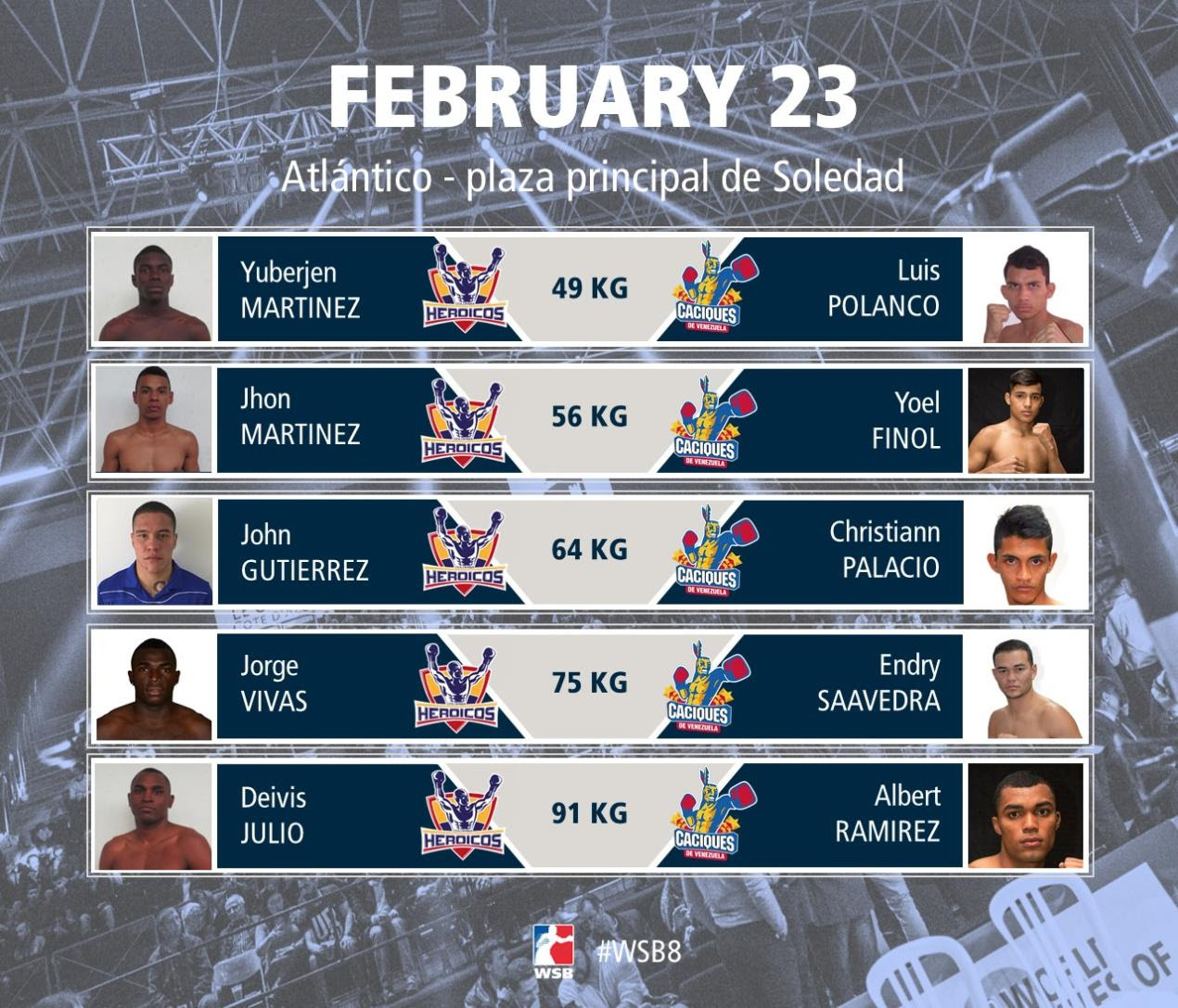 Three-time WSB Team Champions Astana Arlans Kazakhstan have started Season VIII in sparkling fashion with their 4-1 win in Week 2 against the Indian Tigers. Saturday sees the Arlans host the Patriot Boxing Team, who will need to be at their very best for their first match of the season, if they are to take any points away from Kazakhstan and underline their Play-Off credentials this season. 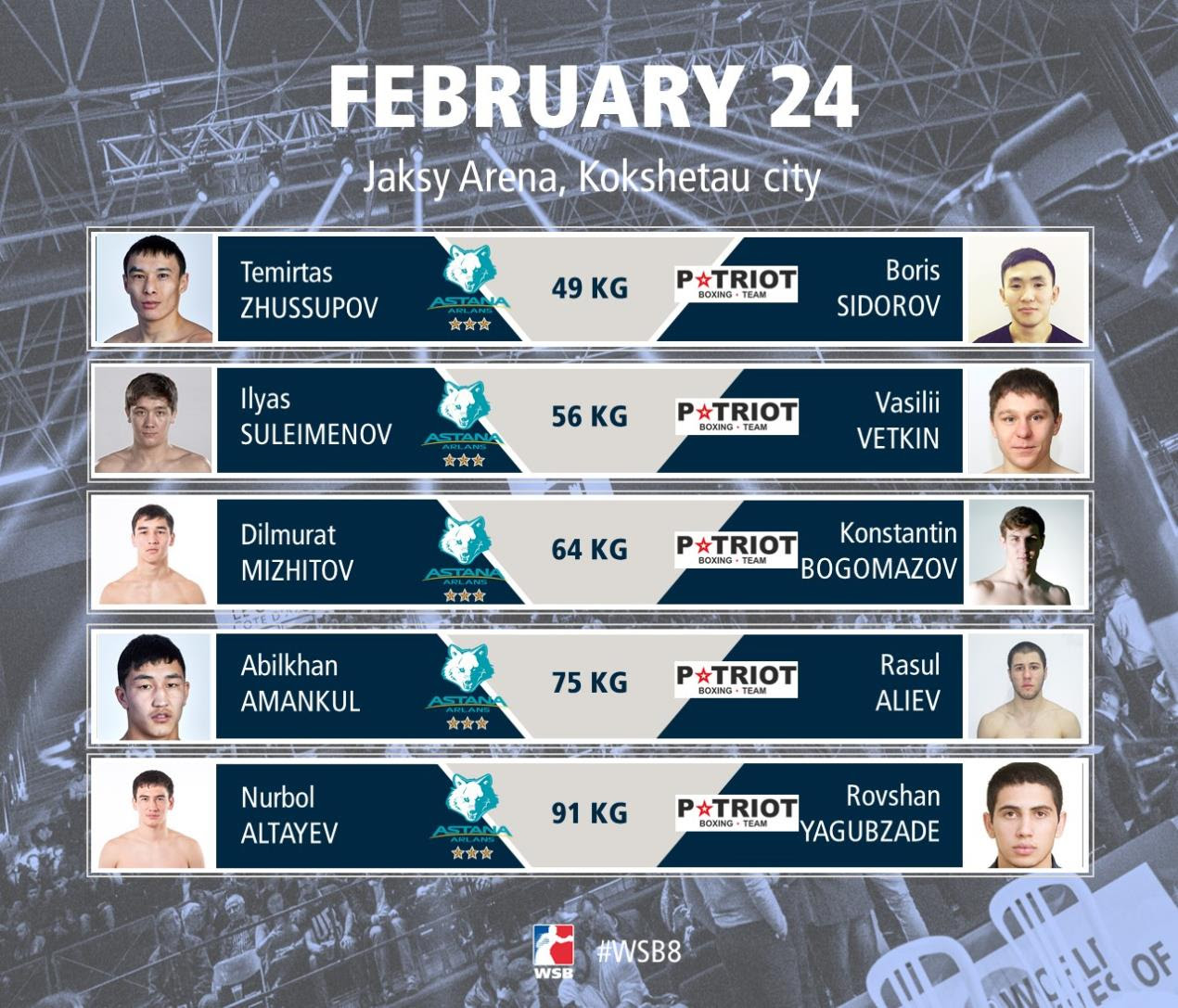 The Uzbek Tigers may have lost to two-time WSB Champions Cuba Domadores in Week 2, but the crowd in Tashkent will be rocking on Tuesday night as the Uzbek Team will push to get some much needed points in their quests for a spot in the playoffs. The two teams both field strong boxers but the most anticipated fight of the evening will be between one of the greatest rivalries in the light flyweight category, as Uzbek Hasanboy Dusmotov the reigning Olympic champion will square off with Cuba’s Johanys Argilagos, the reigning Olympic bronze medalist. Both fighters have squared off twice before in WSB, with Dusmatov winning both contests. 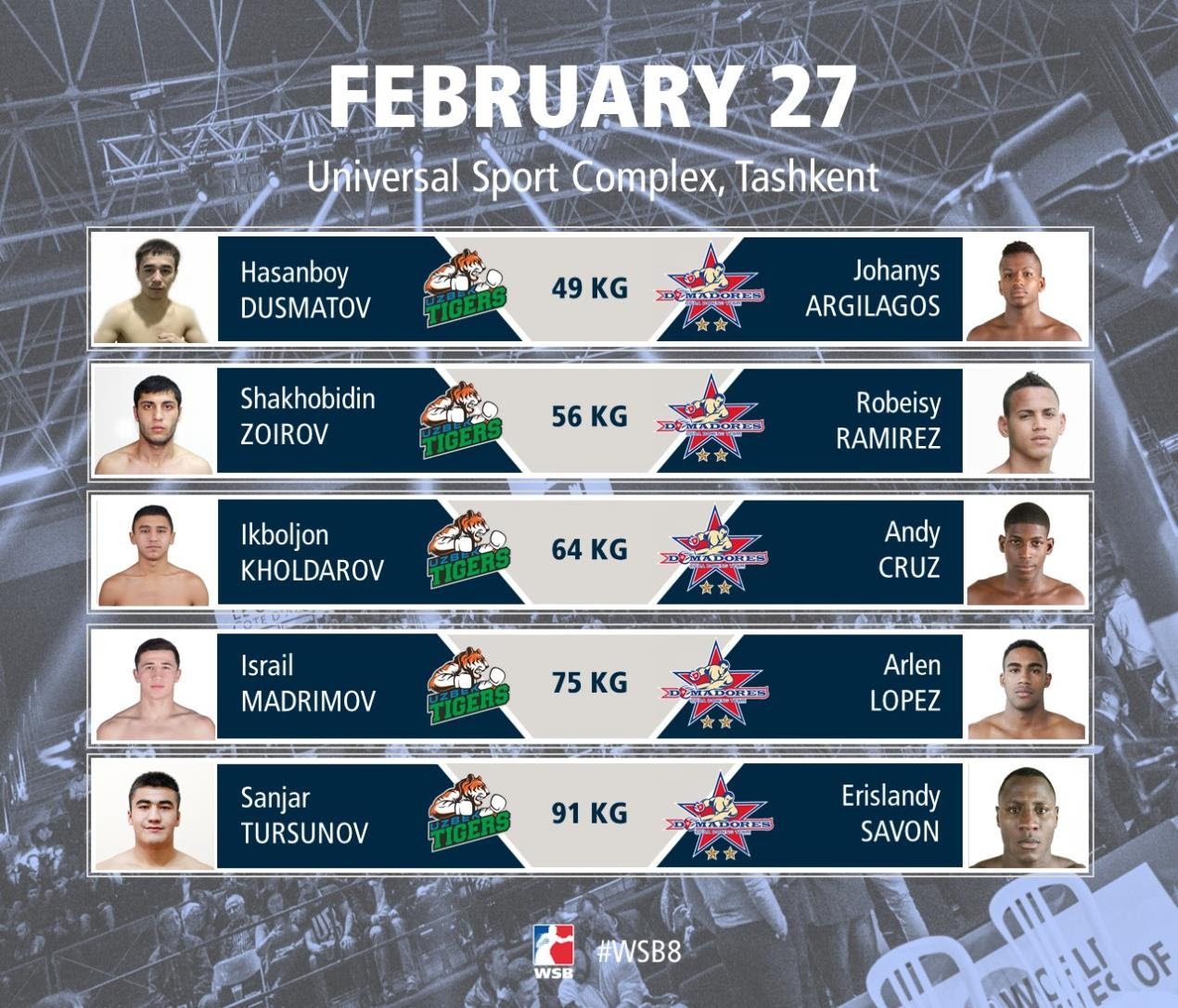