Italia Thunder began their campaign with a dramatic 3-2 win over the Croatian Knights in Week One and will be looking to build on that success as they welcome France Fighting Roosters in Rome on Friday night. The visitors also started their Season 8 campaign with 3-2 win against the British Lionhearts, considered one of the stronges teams in the European group. 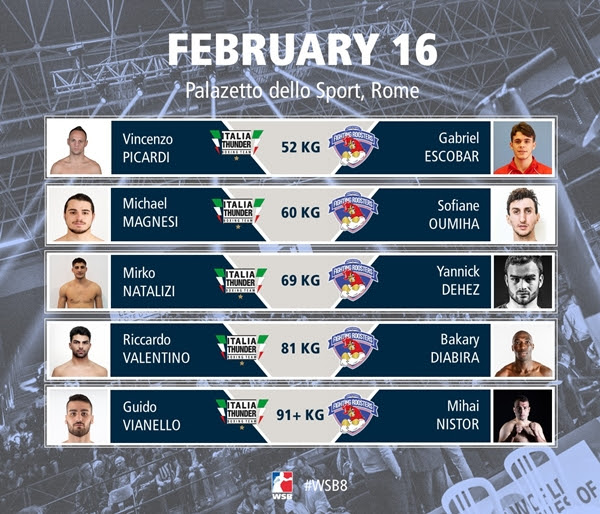 The British Lionhearts meet WSB debutants Croatian Knights in the Gateshead’ Leisure Centre on Friday night in a key Group Europe contest. The British Lionhearts have been building a formidable reputation at home since they joined WSB and will be looking to get their first win of the season against the newcomers, who in turn boast a strong squad determined to establish itself on the competition.

The Caciques de Venezuela will begin their Season VIII campaign hoping to give their fans in Vargas something to cheer about on Friday as they welcome the Colombia Heroicos to the city’s Domo José María venue. Boosting a very competitive line up, the Colombians will try to secure their first win of season, in order to keep place in the playoff race. 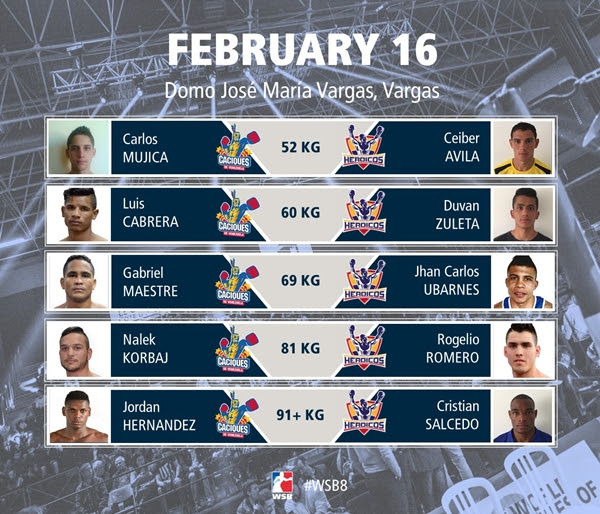