The WBC have revealed the winner of ‘The Best of 2017’ following a voting poll held over the last couple of weeks.

World Boxing Council President Mauricio Sulaiman, said the choices were not easy for discerning fans, due to the sheer quality of impressive knockouts, shining prospects, unexpected returns, and many brilliantly thrilling fights, which crystallized as catalysts for an exceptional 2017.

FIGHTER OF THE YEAR: GENNADY GOLOVKIN 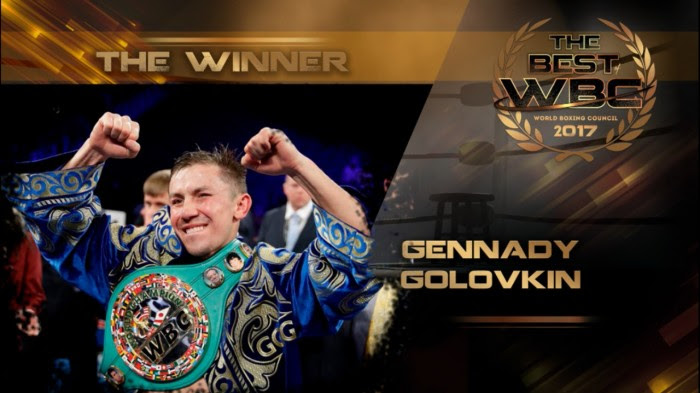 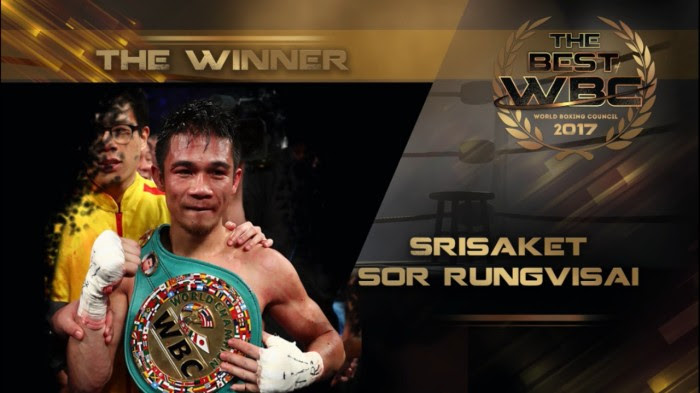 PERFORMANCE OF THE YEAR: DEONTAY WILDER. 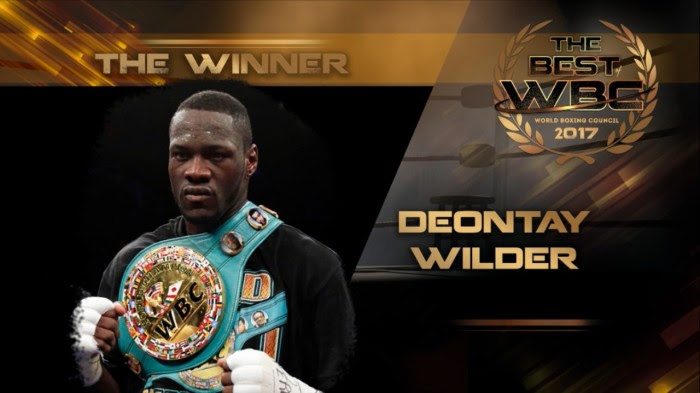 WBC Heavyweight champion Deontay Wilder knocked out former champion and mandatory contender Bermane Stiverne in a dramatic and brief single round. An overwhelming performance that would be admired by Mike Tyson himself!

FIGHT OF THE YEAR: GENNADY GOLOVKIN VS. SAUL “CANELO” ALVAREZ. 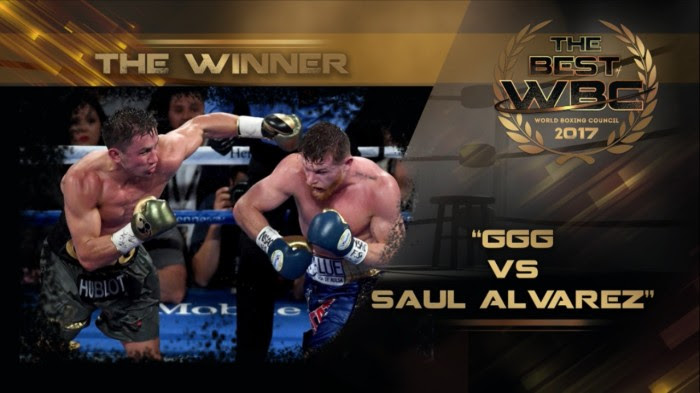 A 12-round dramatic and highly-anticipated super match between WBC champion Gennady Golovkin and former WBC champ Saul “Canelo” Alvarez, which resulted in a draw, with Golovkin retaining his championship and winning the Huichol Belt.

COMEBACK OF THE YEAR. MIKEY GARCIA. 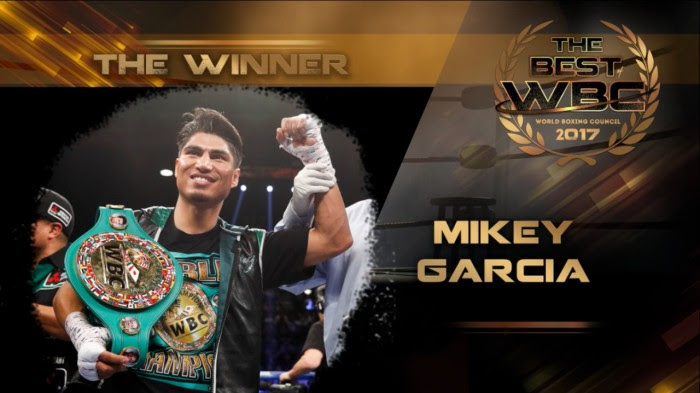 EVENT OF THE YEAR: THE MONEY FIGHT. 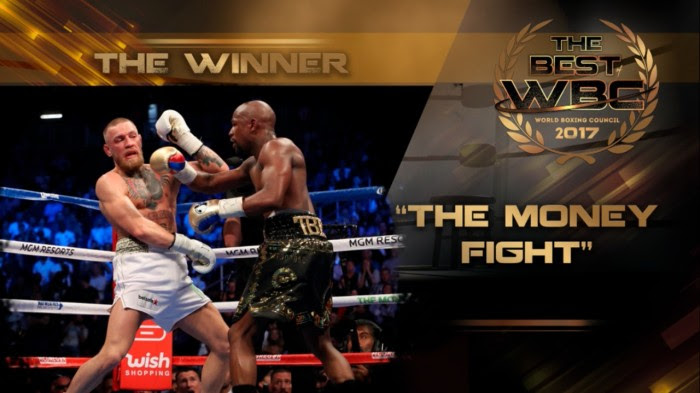 Floyd Mayweather came out of retirement to represent the sport of boxing against a bigger and heavier mixed martial arts superstar Connor McGregor. The fight has gleaned the second biggest pay-per-view sales in history. The excitement in the arena with the hype all over the world, as well as the tremendous entertaining fight made this the Event of the Year. 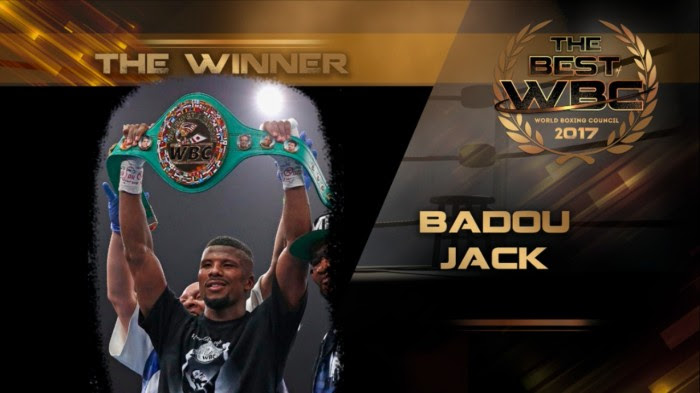 Former WBC super middleweight champion Badou Jack moved up in weight and conquered another organization’s title. But he remains absolutely loyal to the WBC even proudly showcasing his belt with pride and honor at all times. Badou is an exemplary family man who represents the best of boxing inside and outside the ring. In March, he’ll challenge WBC light heavyweight champion Adonis “Superman” Stevenson.

REVELATION OF THE YEAR. MIGUEL BERCHELT. 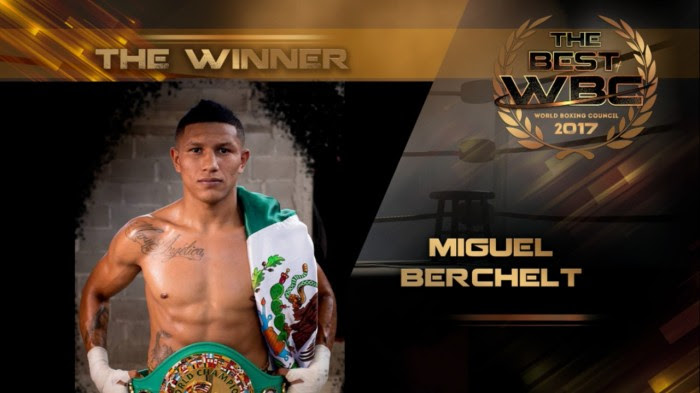 WBC super featherweight champion Miguel “Alacran” Berchelt conquered the green and gold belt in a dramatic fashion by stopping former champion Francisco Vargas, who was badly cut over both eyes. “Alacran” then swiftly made the mandatory title defense against formidable ex champion Takashi Miura and is today a new superstar in the world of boxing. 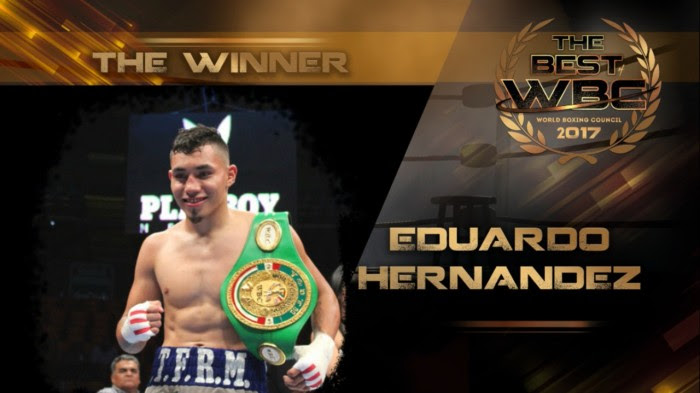 At only 19 years old “Rocky” Hernandez remains undefeated. He’s the WBC Youth champion and number 4 rated in the WBC super featherweight division. Hard hitting Rocky is one of the most important and spectacular prospects in the world.