2018 looks as if it will be an absolutely bumper year for boxing.

It will feature some of the biggest names going head to head in glamorous venues across the world. We will likely be seeing the return of some older names, like Tyson Fury, as well as the possible emergence of some new ones.

Boxing has, unfortunately, had some sideshows like the Mayweather and McGregor fight to deal with as well as other controversies but this year feels like it will be different. It feels like we will be able to forget about stupid press conferences, bad behaviour and publicity stunts and focus on top level fighters taking each other on in the ring.

It is a year that will benefit people who actually care about boxing, people who love the sport and adore the chance to watch its best exponents going one on one rather than fair-weather fans who only watch when promoters pump advertising money into low caliber fights. I am so excited to see what this year has on offer. 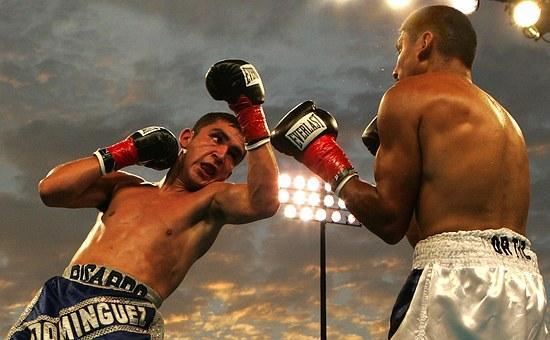 As someone who also likes to have a little flutter on boxing I feel that this year will be very profitable and more exciting to bet on than previous years that featured one sided fights like the Mayweather vs McGregor circus. Boxing and betting go hand in hand, and there are more opportunities than ever to make money at places like www.playrealmoneycasino.net where you can play real money casino games from wherever you are. Boxing and casinos have always been connected and with better than ever real money betting options it is a golden age to be a fan of either online casinos or boxing, never mind both.

There are two particular fights which are grabbing my attention and which I cannot contain my excitement for. I am counting down the days until these fighters get into the ring and seek to take boxing to new heights in 2018.

This one is coming up very soon and is a chance for Mikey Garcia to cement his already solid legacy as being one of the most impressive boxers of recent years. He has continued to move weight divisions and if he can beat Lipinets he will not only continue one of the most impressive unbeaten records in the sport but will also add a fourth different weight division world title to his collection. He is 37-0 because he can dominate fights, he is confident every time he steps into the ring without being too showy. When you watch Garcia you do not get the impression that he is arrogant, rather he is comfortable with his ability and is able to match up against anyone.

His opponent, while inexperienced, is also very impressive. He has only faced 13 opponents but is yet to lose and has won ten of his matches by knockout. It is hard to see past Garcia winning but it will be very exciting to see a boxer like Lipinets, who remains a little unheralded, take him on. They will face each other in San Antonio giving the fight even more of a novelty factor compared to an overblown Vegas bout.

This is a fight which badlefthook.com point out will involve, “a lot of heat,” and will likely see the crowd unsure of who to back. With two British fighters going up against one another in Manchester it is not obvious who will be the home favourite. Neither fighter is adored, with flaws both in their technique and their personalities. Groves has lost 3 of his 30 fights and Eubank 1 of his 26 so neither fighter is perfect.

Why then, is this such an exciting fight? Well both fighters are very well matched and have something to prove. For Groves he has to prove that he is not washed up and still has fight left in him after some iffy years while Eubank has always talked a big game but is yet to really prove himself to be one of the top fighters around. There is also the small potential, if Eubank can get everything together, that we will see him dominate the fight and start him on the road to properly fulfilling his obvious potential. It is hard to predict which is what makes it so exciting.