Boxing is arguably one of the favorite spectacles for millions of sports lovers around the world.

It’s filled with fast-paced action, epic fights, grudging rivalries and a whole lot of sweating, beating and cursing. Apart from a quality testosterone fix, boxing bouts are usually among the highest wagered events in the entire sports industry and attract the attention of punters from every corner.

Similar to our previous betting guides, we will be looking at how to bet on boxing and identify some of the best boxing strategies.

As we all know boxing can be tricky to call but we’ve put together a list of things to follow.

This market is fairly simple as you have to predict whom of the two fighters will win the bout.

You have to predict which boxer will win along with the method of victory, such as a technical/points decision, technical KO, normal KO, disqualification or if a fighter submits to his opponent.

Similar to the fight outcome, you are required to predict if the match will end without a winner. This one is also split between a normal draw or a technical decision.

This market concerns when the fight will end and is usually available in an over/under market that is offer in an asian handicap form.

Will fight go to distance

This is one of the favorite markets among boxing betting aficionados as it can offer some highly profitable opportunities. You are required to predict if the fight will end without a KO, TKO or disqualification after the normal round mark (usually 12 rounds in professional boxing) or not. 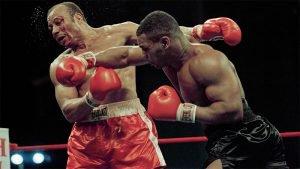 Before we delve into the various tips and strategies, we have to understand that boxing shares many similarities to most individual sports like, other fighting events, racing or even tennis. We have to assess the strengths and weaknesses of both fighters, their form, previous meeting and the build up to each event. Also, it is important to take into account what exactly is at stake, as boxers will usually exercise more caution when competing for a title instead of say an exhibition event.

Before you wager on a boxing betting fight, it is important to know the rules of the sport as even a seemingly insignificant decision can influence the outcome of the bout.

How is a winner declared?

As mentioned above, a fighter can win through four ways.

What is a technical draw?

This is a rare occasion when the referees will stop a bout before the 5th round because a boxer is accidentally injured from a foul (cut/bleeding).

How are points scored?

At the end of each round, the judges will rate how each fighter fared according to a 10-point system. The winner takes 10 points with the loser being awarded 9 by default and each time a fighter gets knocked down, a point is deducted from him. The only way a round can end with a 9-9 score, is if the winner has committed a foul.